Within a year of the launch of the app, the company has laid off around 60% of its workforce

According to Inc42 sources, Yaari is likely to be merged with another Indiabulls-backed ecommerce platform Dhani

Indiabulls’ Yaari Digital Integrated Services, which started the social commerce platform Yaari around a year ago, has laid off almost 60% i.e. 150 employees in the last one month.

Yaari, which was supposed to be a new venture for Indiabulls, known for its interests in real estate and housing finance space, is likely to be shut down or merged with another Indiabulls entity, Dhani.com, soon.

In the last week of April, the company had asked its employees to put down their papers to receive their salaries for the month of April, people aware of the matter informed Inc42. Yaari had a total employee count of around 250 to 300 employees.

Employees from supply support, customer support, business development and marketing teams are among those who were asked to resign, the sources added.

Though the platform was not performing well, there was constant reassurance from the top management about the job security of the employees, they added.

Inc42 has learnt that the management asked the majority of its employees to return all the company’s assets at the earliest to start their salary process. Employees who put down their papers timely and returned company assets have received their salary for the month of April.

No severance package or extended health benefits were offered to the impacted employees. Some of the employees are yet to receive their relieving letters, according to multiple sources Inc42 spoke with.

The startup has offices in three locations – Delhi, Mumbai and Bengaluru. The majority of the affected employees worked from the Bengaluru office.

The Yaari app is a social commerce marketplace for a bouquet of curated consumer products. The app enabled small businesses and individuals (“resellers”) to start their business online through social channels such as WhatsApp, Facebook, and Instagram.

The company, which is headed by former Indiabulls Real Estate CMO Kubeir Khera, had informed the BSE at the time of the app’s launch that it will have a variety of products that resellers can sell among their social contacts.

“The app was supposed to work like Meesho. This is one reason why so many employees were hired from Meesho,” said an employee, who has moved out of Yaari, requesting anonymity.

However, the app was unable to make a mark in the space as heavily-funded startups such as Meesho, Dealshare, Trell, Shopsy, among others, were spending huge sums of money to gain market share. It must be noted that Meta-backed Meesho had pivoted from social commerce B2B to B2C in the middle of 2021 and laid off around 150 employees in early 2022.  Sequoia-backed Trell is another social commerce startup that has let go of hundreds of its employees.

The employee quoted above further said that there was no long-term vision for the app as the top management only wanted to see good numbers. Eventually, in late 2021, the app decided to pivot from B2B to B2C model and announced a countrywide sale in which all products could be availed at a price between INR 9 to INR 199. 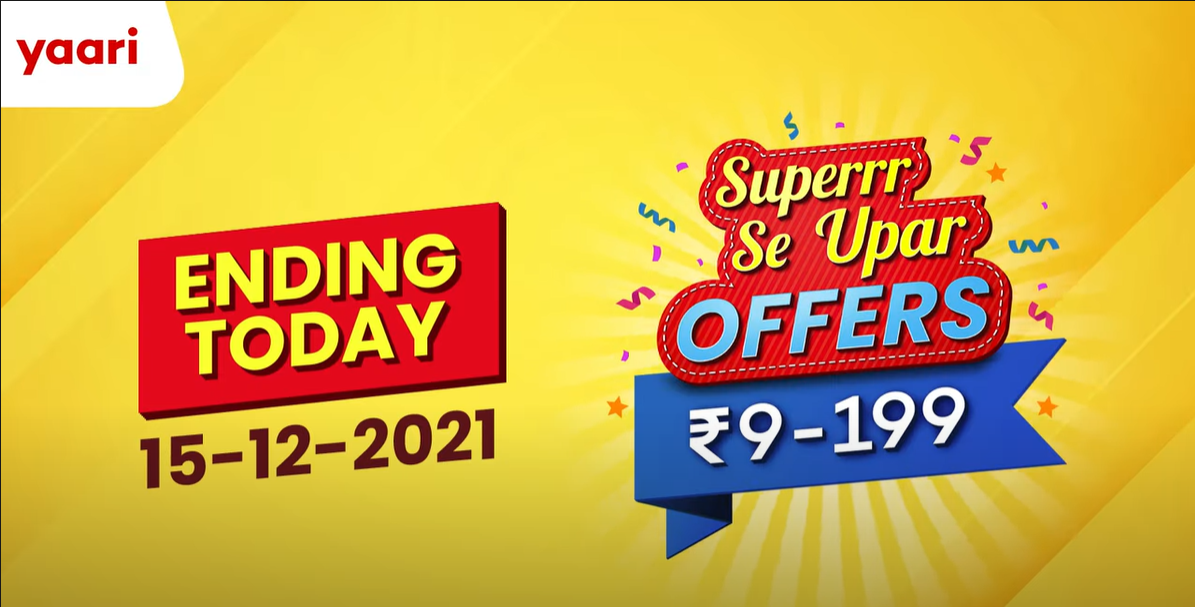 The platform wanted to leverage this sale to increase the number of customers. It did work to an extent, as many first-time customers visited the app to make purchases. However, the products were not delivered to these customers. As per Google Play Store, Yaari has over 5 Mn downloads with 3.8 star ratings.

“This sale was done to increase the order count. However most of the orders were not fulfilled, resulting in people taking to social media to bash the app,” another employee said.

Lack of funds was the primary reason behind the failure to deliver the products to customers. The company didn’t have enough funds to pay third-party players such as suppliers, and logistics providers, among others, involved in the delivery of the product.

Besides, it also had to burn a significant amount of funds to organise the sale. The startup’s payments to third-party vendors are also pending, sources said.

Shares of Yaari Digital Integrated Services were trading at INR 36.6 on the BSE on Tuesday.

Inc42 has learnt that the app will be merged with another Indiabulls-backed ecommerce platform – Dhani.com. As per people aware of the development, Yaari’s tech team has been absorbed by Dhani. As per Linkedin, Dhani has an employee headcount of over 2,000 employees, way higher than Yaari’s total headcount.

Yaari, being a social commerce platform with over 21K followers on its Instagram page, has last posted eight weeks ago. The Yaari app displayed “Server is down for maintenance. Please try again” when Inc42 tried to use it. 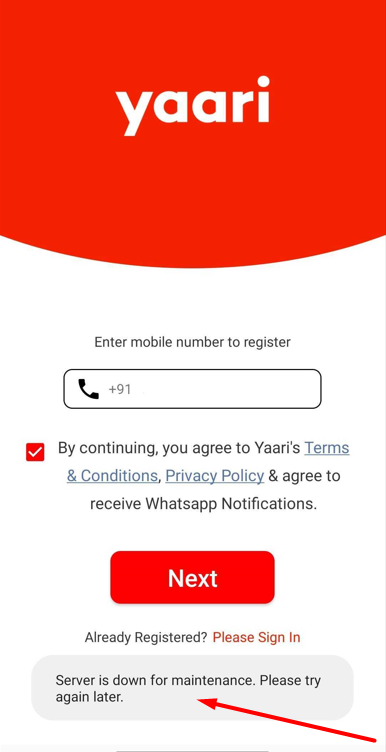 “Once we get the salary for the month of May, we will know we are under whose payroll – Yaari’s or Dhani’s,” an employee said.

A detailed questionnaire sent to Yaari Digital Integrated Services and Indiabulls on May 30 elicited no response till the time of publishing this story. The article will be updated on receiving a response from the company.