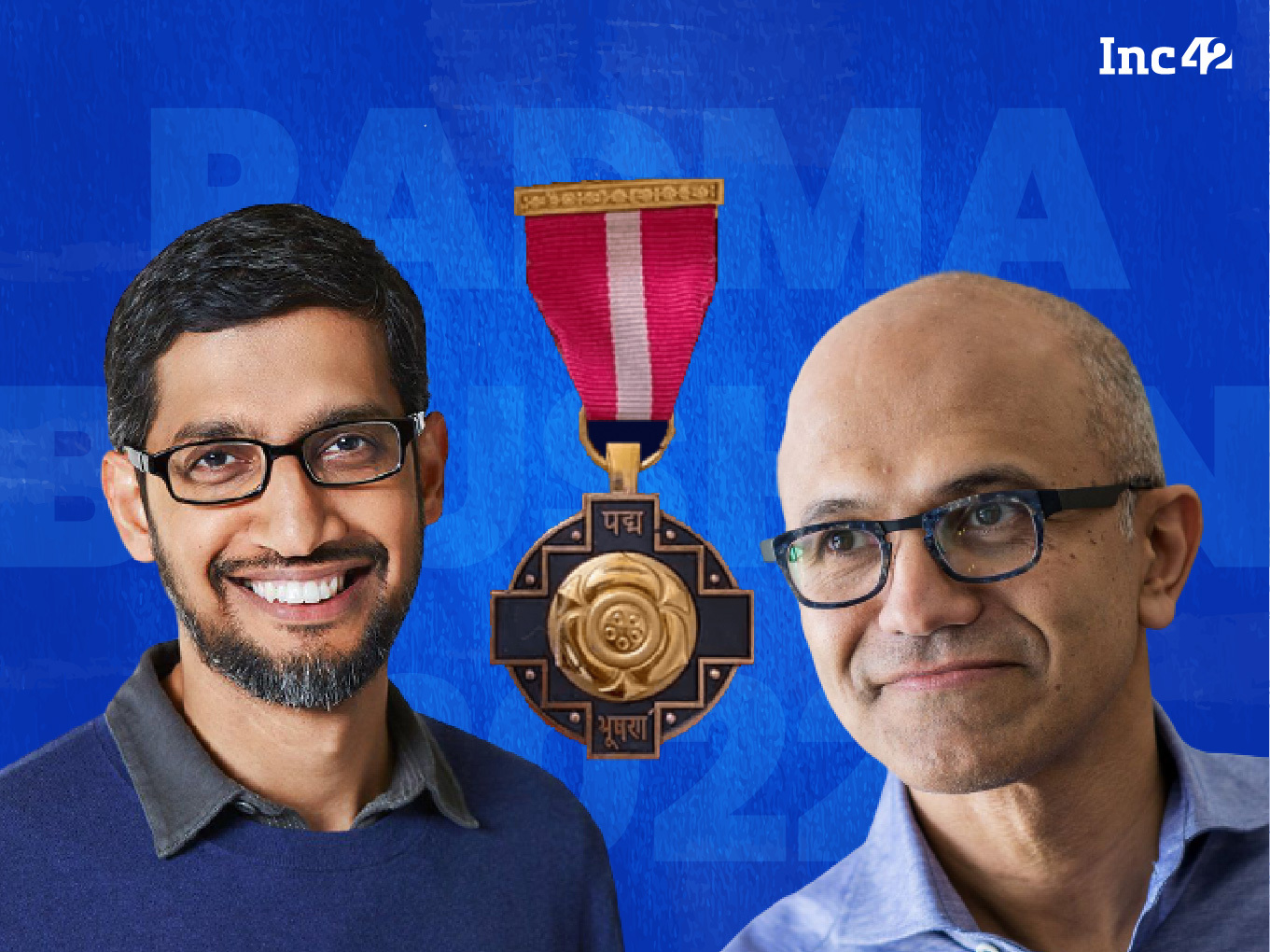 Others to have been conferred Padma Awards in the trade and industry category include Tata Sons chairman N Chandrasekaran, Bharat Biotech’s Krishna and Suchitra Ella and Serum Institute’s Cyrus Poonawalla

This year the President has approved the conferment of 128 Padma Awards — 4 Padma Vibhushan, 17 Padma Bhushan and 107 Padma Shri Awards.

According to the government notification issued ahead of India’s 73rd Republic Day, Pichai and Nadella have received the Padma Awards in the trade and industry category.

Indian-born Nadella, 54, has worked at Microsoft for 30 years. Born in Hyderabad of present-day Telangana, Nadella did his bachelor’s in electrical engineering from the Manipal Institute of Technology in Karnataka. He later travelled to the US to study for a master’s in computer science at the University of Wisconsin. In 1997, he received an MBA from the University of Chicago Booth School of Business.

Nadella is also attributed to the acquisition of Mojang, a Swedish game company best known for the computer game Minecraft, followed by Xamarin and later LinkedIn and GitHub. Since he succeeded Steve Balmer in 2014 as Microsoft CEO, the company’s revenue has grown on an average of 20% year over year (YoY).

Pichai is an IIT Kharagpur alum, who completed his bachelor’s in metallurgical engineering. He moved to the US to get masters from Stanford University in materials science and engineering. Later, he received an MBA from the Wharton School of the University of Pennsylvania.

Pichai, 49, joined Google way back in 2004 and has been the man behind many products including Google Chrome and the Chrome OS. He has also been instrumental in overseeing the development of different Google apps such as Maps, Drive, Gmail. He was also behind Google’s Android project and the new video format WebM.

The Padma Bhushan awardees, while working for prominent American companies, have considered India instrumental in their companies’ growth stories.

For instance, post-Pichai’s appointment as CEO, Google began investing in Indian startups and SMEs. He also brought the Google For India initiative and the tech giant invested in the country’s internet and internet companies via a partnership with Mukesh Ambani-led Reliance Jio.

Others to have been conferred Padma Awards in the trade and industry category include Tata Sons chairman N Chandrasekaran, Bharat Biotech’s Krishna and Suchitra Ella and Serum Institute’s Cyrus Poonawalla.

A big congrats to both from Team Inc42!

Update | The previous version of the story indicated that Microsoft had invested in the social platform Sharechat. The investment was in preliminary talks and as per the tech giant, didn’t materialise.