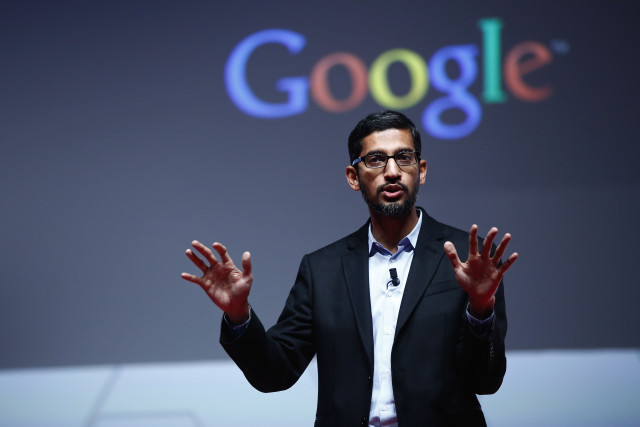 Google dropped a bombshell on Monday after it announced a major restructuring which included naming of Indian born Sundar Pichai as the Google CEO replacing Larry Page. This restructuring comes as a part of Google’s approach to slim down the company and renew its focus on innovations.

Alphabet is the new company that has been spun off with the existing Google products and Larry Page will be heading the company as CEO. Pichai has been in the limelight thanks to his extensive contribution in all of the Google’s major products including search engine, Android, Google Chrome and maps.

The newly incepted Alphabet will be a holding company for Google’s investment and growth projects. Apart from Larry Page as the CEO the top management will be made up of Eric Schmidt as Executive Chairman, Sergey Brin as President and Ruth Porat as CFO.

Page told in a post about Pichai that “he has really stepped up since October of last year, when he took on product and engineering responsibility for our internet businesses. Sergey and I have been super excited about his progress and dedication to the company”

Page on the other hand also expressed his desire to focus on innovations of the company and he will be there to help Pichai blend into the role.

Pichai joined Google way back in 2004 and has been the man behind many inspirational products including Google Chrome and the Chrome OS, lately he has also been responsible  to oversee the development of different Google apps and also integration of the apps.

Sundar Pichai was appointed as Product Chief by then-CEO Larry Page on October 2014.

Following is an excerpt from the Google founders letter, “Google is not a conventional company. We don’t intend to become one” As a part of that, we also said that you could expect us to make “smaller bets in areas that might seem very speculative or even strange when compared to our current businesses.”

It looks like Google wants to take a step back and rejuvenate their synergies in order to come up with next bunch of innovative products that will hopefully change the way the world works, just like how Google did from the past decade.