India Home To Third-Largest Number Of NFT Companies In The World: Report 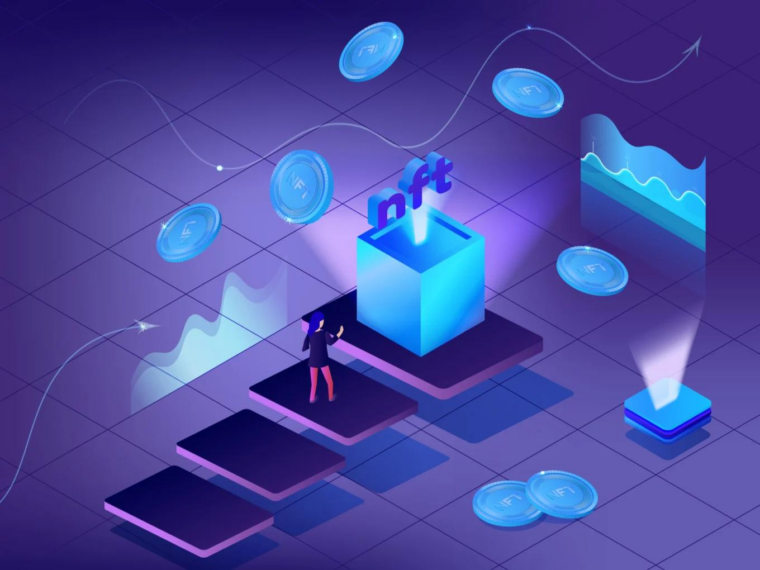 More than 3.5 Mn NFT-themed google searches emerged from India during the 12 months of study

India was at the bottom of the table in terms of NFT searches per 1,000 population with about 254 searches

India is home to the third-largest number of NFT companies in the world, a report by community platform NFT Club said.

NFT Club claims to be a community platform offering resources to help new users understand about the industry.

According to the report, titled ‘A World of NFT Adoption’, 11 NFT companies are headquartered in the country, just behind the US and Singapore. Indian NFT marketplaces formed 5.02% of the total NFT companies in the world led by players such as WazirX, Jupiter, among others.

“India is known for having a strong IT and communications sector so it should come as no surprise that a country this big is one of the top places for NFT companies,” noted the report.

According to the report, the US is home to 91 NFT companies, while Singapore plays host to 24 NFT players. 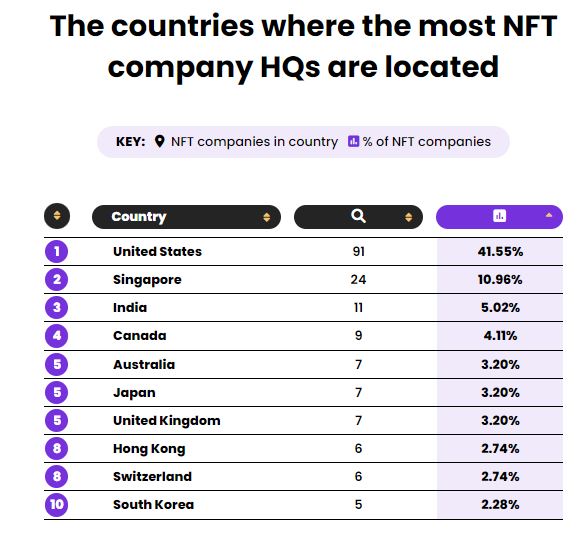 The report sourced data from Google searches and Blockdata to ascertain the popularity of these new-age tokens in 50 countries across the globe..

The report also found that the fifth-highest number of Google searches for keywords related to    NFTs came out of India. In total, more than 3.5 Mn searches emerged from India during the 12 months of study. 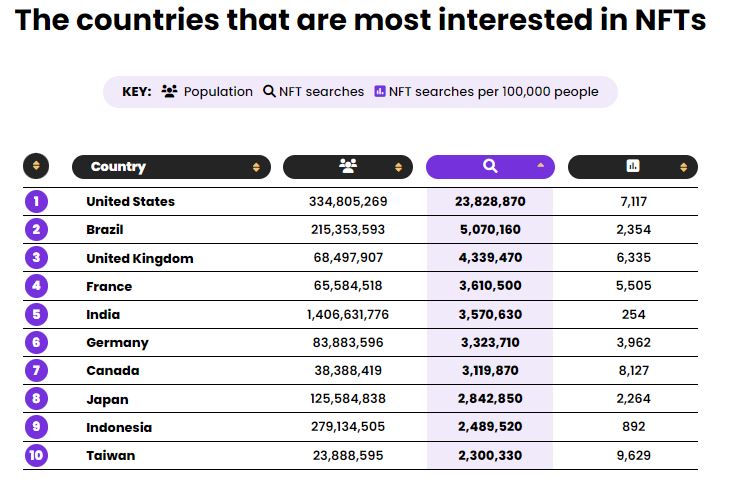 The report also gave an outline on the valuation of the surveyed NFT companies. No Indian company featured in the list of top ten highest-valued NFT companies. It was led predominantly by the US-based companies such as Forte Labs ($910 Mn), OpenSea ($425 Mn), FanCraze  ($117.4 Mn), among others. Other companies such as France-based Sorare ($737 Mn) and Canadea-based Dapper Labs ($672 Mn) also made the cut.

NFTs have seen widespread interest in the past few months in the country. General public as well as celebrities have  jumped onto the NFT bandwagon as a potential revenue stream. From actors such as Amitabh Bachchan and Salman Khan to composers like AR Rahman, a slew of NFT marketplaces have onboarded such big names to garner the attention of the general public.

In April, another NFT  infra startup Revise raised $3.5 Mn in its seed funding round led by Alpha Wave Global and 8i.

Belfrics Group CEO Praveen Kumar earlier told Inc42 that the global NFT space is expected to reach a market size of $80 Bn by 2025.