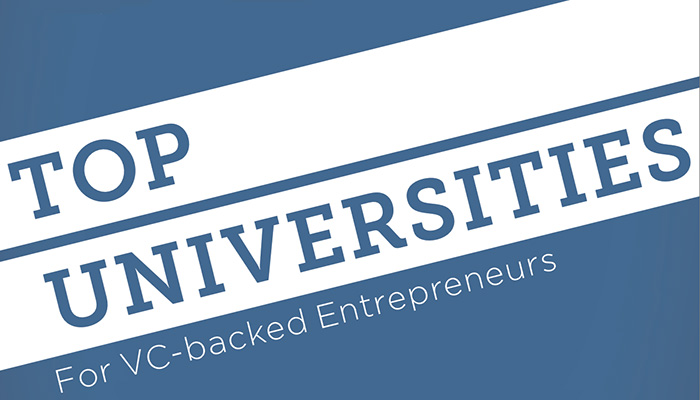 Despite the fact that successful companies like IBM, Apple, Facebook were founded by college dropouts, we cannot ignore that college plays a vital role in a students life for taking forward his/her entrepreneurial journey and even in aspiring them to be the one.

Bill Gates, Paul Allen, Steve Jobs and Mark Zuckerberg all have built multi- billion dollar empires, and none of them have college diplomas. For better or worse, the term “college dropout” has become somewhat synonymous with “successful founder.” The list goes on, too – Jack Dorsey, Michael Dell, Larry Ellison, Elon Musk, Evan Williams, Sean Parker, and so on. For the entrepreneurs out there, before you get discouraged after finishing your degrees, there’s ample evidence that diplomas don’t hurt at all in the startup community, particularly in the eyes of VC investors.

Related: 18 College Dropouts Who Went On To Build Multi-Billion $$$ Companies

Proving this right, recently the investment research firm PitchBook, came out with a list of the top 50 universities that produced the most VC-backed founders and companies. The list was compiled by looking at three key statistics: entrepreneur count, company count and capital raised between the dates of January 1, 2009 and August 21, 2014.

And the good news is this that apart from the usual players are at the top Sanford (1), Berkeley (2), MIT (3), Hardvard(5), Indian Institute of Technology (IIT) has cracked it with the 4th rank, which had snuck in at number 10 in last year’s ranking, making it the first non-U.S. school in the ranking ahead of Ivy League schools like Cornell (7), Yale (11), Princeton (17) and Columbia (18) with a total entrepreneur count being 264, company count 205, and capital raised being $3.15 Bn. Though the report seems to have missed Flipkart, and the amount of capital it has raised in past month might have taken it above Rank 4. 😉

Have a look at the list of with top ten undergraduate universities for VC-backed entrepreneurs below: 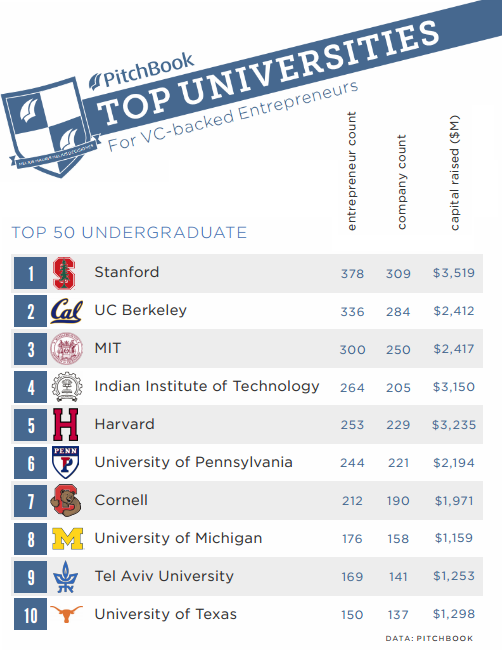 Another interesting thing in the report is this that Indian Institute of Management has also managed to grab the 14th rank among the top 25 MBA schools with total entrepreneur count coming to 44, company count 42 and capital raised being $407 Mn. 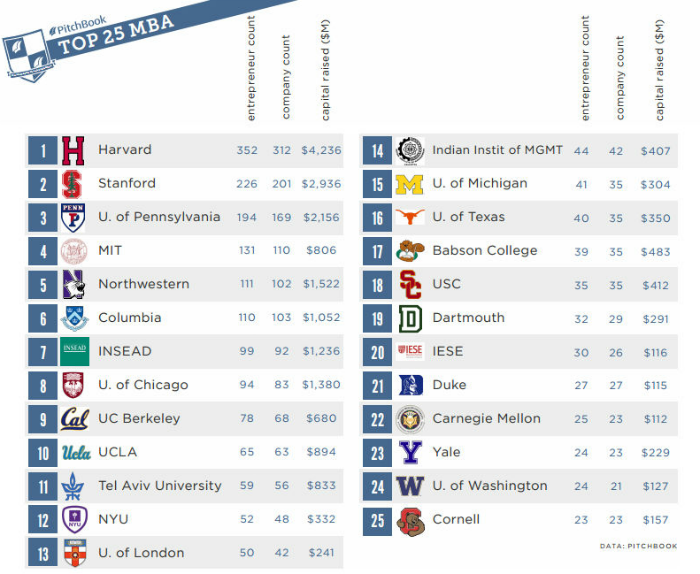 Among the non US undergrad colleges IIT ranked first whereas in the list of non US MBA, IIM stood at Rank 2.