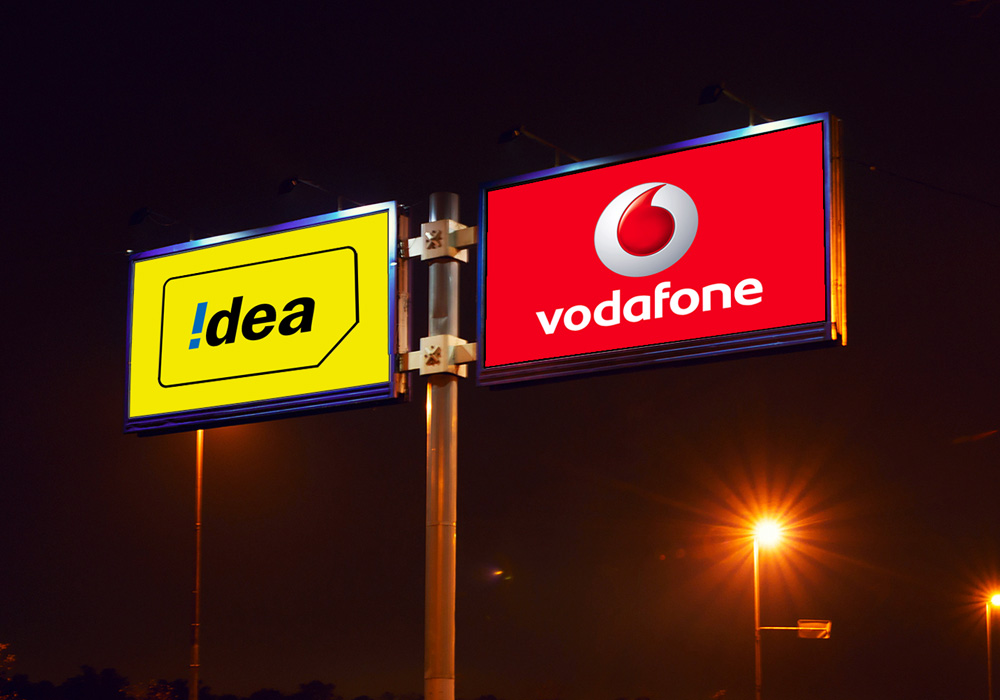 Idea Cellular Limited, in a BSE filing on Monday, said that the Board of Directors of the company has approved a merger with Vodafone.

As per the statement, the Board has approved Idea’s amalgamation of Vodafone India Limited (VIL) and its wholly-owned subsidiary Vodafone Mobile Services Limited (VMSL), subject to necessary approval.

Post amalgamation, the entire business of VIL and VMSL will vest in Idea Cellular. This excludes VIL’s 42% stake in Indus Towers Limited, its international network asset and IT platform.

Kumar Mangalam Birla, Aditya Birla Group Chairman said, “This landmark combination will enable the Aditya Birla Group to create a high-quality digital infrastructure that will transition the Indian population towards a digital lifestyle and make the Government’s Digital India vision a reality.”

The combined entity will result in the biggest telecom operator with widest network coverage in India.

Vodafone will own 45.1% of the combined entity after transferring 4.9% stake to the Promoters of Idea for a cash consideration of about $592 Mn (INR 38.74 Bn). The promoters of Idea will hold 26% and the rest will be held by the public.

Commenting on the merger, Vodafone Group Plc Chief Executive, Vittorio Colao said, “The combined company will have the scale required to ensure sustainable consumer choice in a competitive market and to expand new technologies – such as mobile money services – that have the potential to transform daily life for every Indian.”

The implied enterprise value will be about $12.4 Bn for Vodafone India and $10.8 Bn for Idea, excluding their stake in Indus Towers.

The amalgamation will be carried out over a period of 24 months, according to the statement.

The Board of the combined entity will comprise 12 directors, of which six will be independent.The statement also mentioned that the Promoters of Idea and Vodafone will have the right to nominate three directors each to the Board.

Idea will have sole rights to appoint a Chairman, while Vodafone has the right to appoint the Chief Financial Officer. The Chief Executive Officer and Chief Operation Officer appointments will be jointly decided by both parties.

The statement also stated that the promoters of Idea have the right to acquire up to 9.5% additional stake from Vodafone to equalise shareholding over time.

As per IBEF, India is currently the second-largest telecommunication market and has the third highest number of internet users in the world. The telephone subscriber base in India expanded at a CAGR of 19.96%  reaching 1,058.86 Mn during FY07–16. As per a report by research firm Market Research Store, the Indian telecommunication services market will likely grow by 10.3% year-on-year to reach $103.9 Bn by 2020.

The telecom industry has seen serious consolidation and competition over the last year. Last year in September, telecommunications service provider Reliance Communications Ltd (RCOM), announced its merger with Maxis Communications Berhad (MCB), Promoters of Aircel. The merger of their Indian wireless businesses was touted to be the largest consolidation in the telecom sector.