The Series F round was led by existing investor B Capital Group, along with participation from a clutch of other investors 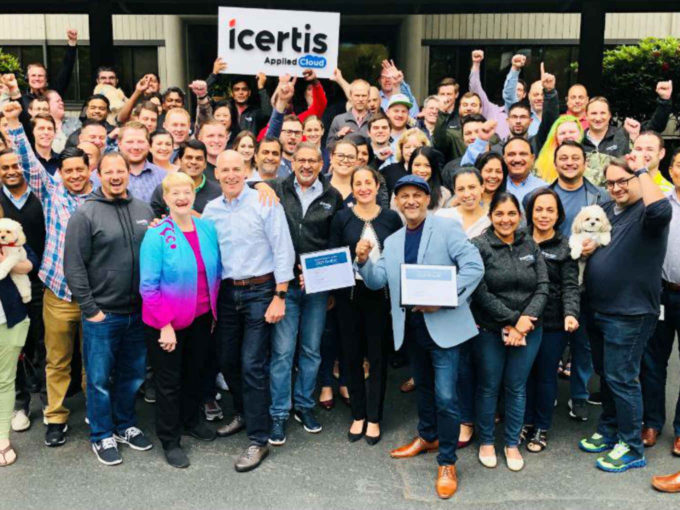 Seattle and Pune-based enterprise tech unicorn Icertis has raised $80Mn in its Series F fundraise, led by existing investor B Capital Group with participation from other investors. The round values the SaaS startup at $2.8 Bn, which is nearly 3x the valuation after its previous fundraise.

The funding round also saw participation from Greycroft, Meritech Capital Partners, Premji Invest, PSP Growth, and e.ventures, according to a company statement on Thursday. With this round, Icertis has raised over $290Mn in funding to date.

In July 2019, Icertis raised $115 Mn in a funding round led by US-based venture capital firm Greycroft and PremjiInvest to enter the unicorn club. It became the first unicorn from Pune, and was soon followed into the unicorn club by fellow Pune SaaS startup Druva.

The startup will use the fresh funding to further expand its operations in Asia and northern Europe. It will also invest in product development, including across its artificial intelligence (AI), blockchain and natural language processing verticals.

Icertis cofounder and CEO Samir Bodas said that the company will look to increase its overall team strength by 30%-40%, mostly bulking up its engineering team in India. Icertis currently employs close to 900 employees in India from 1,500 employees globally.

In addition to the current fundraise, Icertis added two new business executives to its board of directors. These include new independent directors, Penny Pritzker, founder and chairman of PE fund PSP Partners, who was also a US secretary of commerce during the Barack Obama administration as well as Karyn Smith, general counsel at Twilio Inc.

Founded in 2009 by Monish Darda and Samir, the cloud enterprise SaaS provider focusses on contract management operations. The company’s flagship product, Icertis Contract Management (ICM), can manage, sell-side, buy-side, and corporate and enterprise contracts across the globe by leveraging the power of the cloud. The ICM platform is claimed to help customers worldwide manage over 10 Mn contracts with an aggregate value of more than $1 Tn. Icertis counts giants such as Google, Microsoft, Daimler, Airbus, Johnson & Johnson, Lupin, Infosys, Wipro and Cognizant as its customers. The company is targeting to sign up the top 2,000 firms globally as its customers and in some industries such as pharmaceuticals already counts five of the top seven players as clients.

Icertis claimed during its previous fundraise in July 2019 that its business had grown by almost a 125% compound annual growth rate (CAGR) from 2015-2019. With a revenue of around $100 Mn, Icertis is looking to continue with its three-digit growth rate in the foreseeable future.