The comedy talk show spoke about Modi's schemes, policies and association with 2002 riots in Gujarat

Last year, Amazon censored a show on Hindu nationalism and violence against minorities 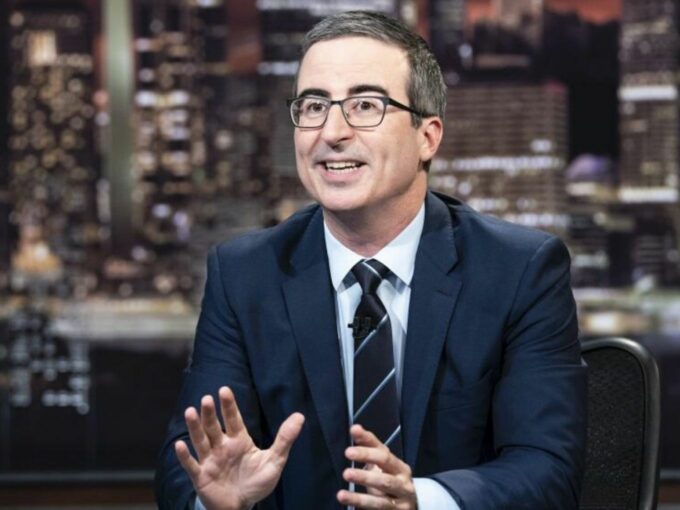 The latest episode was shot in context to the US President Donald Trump’s India visit, but also touched upon the PM Modi’s past, policies and controversies. Oliver addressed PM Modi’s “Hindu nationalist beliefs”, 2002 Gujarat riots that left at least 1,044 dead and 223 missing, with several thousands injured.

Oliver also spoke about PM Modi’s flagship policies such as the Demonetisation of 2016 and the combination of Citizenship (Amendment) Act (CAA) and the National Register of Citizens (NRC). Besides this, Oliver also addressed the construction of detention centres across India to house people declared as “non-citizens” under NRC.

Oliver also highlighted that the Bharatiya Janata Party has been erasing India’s first PM Jawaharlal Nehru from the school textbooks, and including the concept of Indian supremacy. Moreover, Oliver also discussed India’s home minister Amit Shah and Uttar Pradesh Chief Minister Yogi Adityanath, who have also been accused of leading attacks against minorities in the past.

Been There, Done That?

Last year, even global video streaming giant, Amazon Prime Video, decided to cave in after the fifth season premiere of political drama, Madam Secretary, touched upon Hindu nationalism, violence against Muslims and other minorities in India.

On the other hand, Netflix has come under BJP’s parent body Rashtriya Swayamsevak Sangh (RSS) and other right-wing organisations’ scanner due to several shows it decided to host. RSS believed that Netflix’s dystopian series Leila has created “suspicion and distrust” for Hinduism and “maligned its symbols”.

Moreover, the Sangh Parivar and other right-wing organisations were not too happy with Netflix’s opinion-based comedy talk show The Patriot Act hosted by comedian Hasan Minhaj. In one of the episodes, Minhaj had talked about the Indian Lok Sabha Elections 2019 and the Kashmir Issue, which did not go too well with the right-wing groups.

Besides that, the right-wing groups have also raised an eye on Zee5’s The Final Call and Kafir. As per Media reports of October 2019, representatives of RSS were in talks with video streaming platforms such as Zee5 and Ullu TV over ‘anti-national’ and ‘anti-Hindu’ content online. The report added that RSS held over six informal meetings with video streaming platforms in Delhi and Mumbai, between July and October 2019.

Looking at the negative response of the right-wing group, the ministry of information and broadcasting had been emphasising on the need for certification for video streaming platforms.