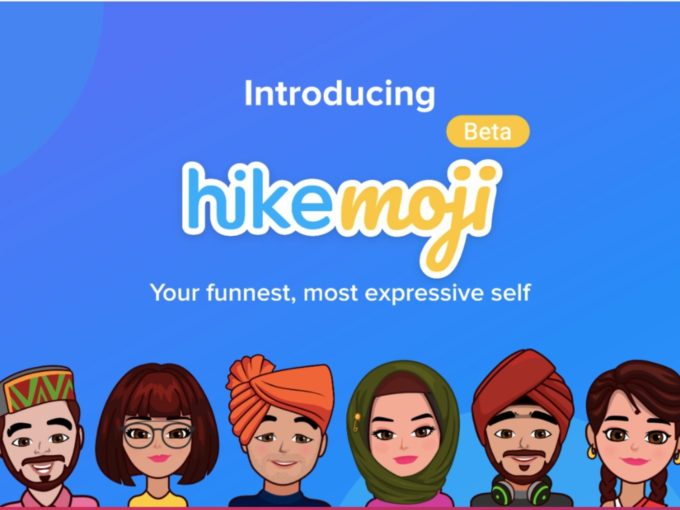 Following the lines of augmented reality emoji creator apps, such as Apple’s Animoji and Samsung’s AR emoji, homegrown messaging platform, Hike, on Saturday, came up with its own version of this new age technology, which enables users to create personalised stickers.

According to a blog written by Hike’s CEO and founder, Kavin Bharti Mittal, the new feature named as “hikemoji” will help Hike’s users to create personalised stickers with quirky messages in Hindi, English, and seven other vernacular languages — Marathi, Gujarati, Bengali, Tamil, Kannada, Telegu and Malayalam.

For creating a personalised emoji, a user has to upload his selfie and then the artificial intelligence (AI) technology will create a first impression of the sticker. The user can then further customise attributes like facial features, clothing style, among others before creating the final version of the sticker.

In a series of tweets, Mittal said that the app’s new built-in feature lets users choose from over 1000 components to customise their hikemoji with ample amount of local flavour (languages).

The CEO also said that once the emoji is created, a user gets more than 1000 personalised stickers available in nine languages. Additionally, users will also have the option to share these stickers over other platforms as well.

Moreover, Mittal gave an insight into how these personalised stickers are created and credited machine learning behind the success of this technology. “Behind the scenes, all of this comes together through machine learning. It’s at the intersection of art and ML that we’re able to bring this to life,” he tweeted.

Hikemoji is currently launched its beta-stage to some users only. However, the company has said that it is trying to launch it for all users by November 17, 2019.

After creating their markets in Tier 1 cities, a majority of startups in India are now targeting Tier 2 and Tier 3 markets and Hike is one of them.

Moreover, vernacular reach has become an essential part of any brand’s identity towards attracting and retaining the upcoming internet users in India. Notably, a study by KPMG India and Google said that Indian language internet users are expected to grow at a CAGR of 18% vs English users at a CAGR of 3%.

It is interesting to note here that it’s not just ecommerce companies that have gained success in Tier 2 and Tier 3 cities, even the likes of over-the-top music streaming platforms are gaining traction in these areas. Even edtech startups are also not far in the race. After raising $6 Mn funding in Series B funding, Delhi-based edtech startup, Adda247, is also planning to launch its government preparation coaching-related services in more vernacular languages.