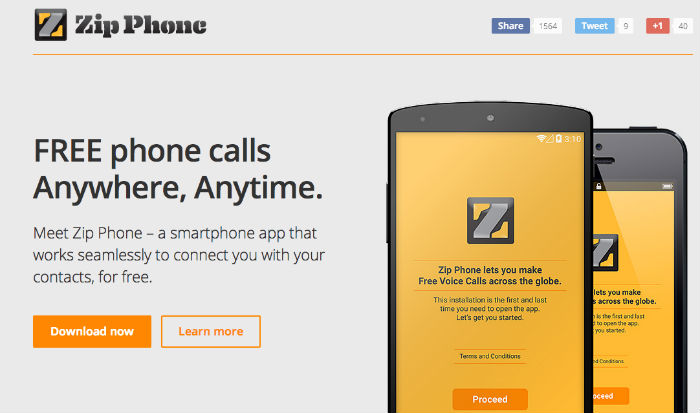 Hike messenger, internet based cross platform instant messaging service, has acquired US-based voice-calling company – Zip Phone. This first acquisitions of Hike will enable it to broaden its portfolio in the internet-based communication space.

The new feature on Hike will be able to build a bandwidth efficient voice calling stack which is different from voice calling through Skype.

“Our mission from the get go has been to bring India online and we believe communication is at the center of that. With voice calling, we’re taking one more step towards that mission,” says Kavin Bharti Mittal, founder and CEO of Hike

Zip Phone, a voice calling app was founded by Anuj Jain in the US, the startup was also part of Y Combinator’s summer batch of 2014 which works globally. Zip Phone promises to deliver clear audio even at low bitrates. Also, all conversation is encrypted for privacy.

Hike has been one of the India’s highest funded startups of 2014. It was launched in December 2012 and has raised  $86 Mn from Tiger Global and Bharti SoftBank (BSB), a joint venture of Japan’s SoftBank and India’s Bharti Enterprises. With a 35 Mn user base currently, the app boasts of young user base with over 90% of it being under the age of 25 and residing in India.

Mittal says, “Voice calling is one of the top requested features from Hike users, we can’t wait to launch this.”

The decision seems big in the time where telecom giant Airtel is taking anti-neutrality stand and is going against VoIP calls. A few weeks ago, Indian telecom company Airtel announced a plan to charge customers for data usage on instant messaging and VoIP apps like Skype, Viber, Whatsapp, and Line, however, later it dropped this idea. Hike’s biggest rival WhatsApp too is planning to launch voice calling soon. So it will be interesting to see what, if any, role the Indian telecom major Airtel plays in this competition between Hike and its global rival.