The corpus will also be used to support sustainable manufacturing capabilities 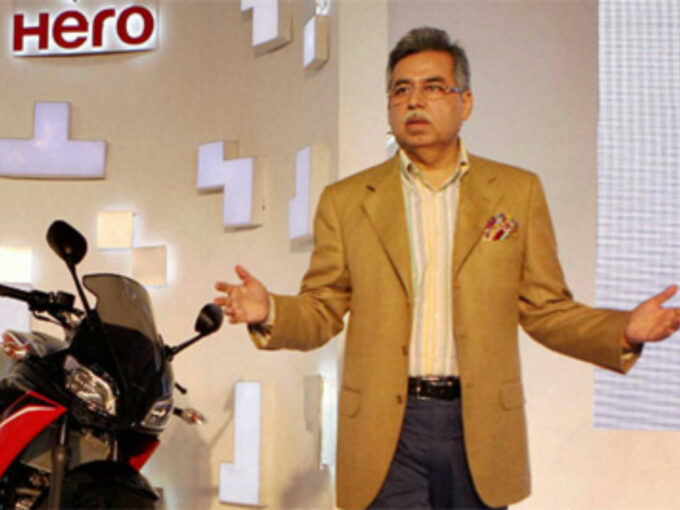 Image Credit: The Indian Express
Indian two-wheeler giant Hero MotoCorp is now looking to fuel the research and development of alternate solutions for mobility in the country. Hero managing director Pawan Munjal has said that the company will spend INR 10K Cr ($1.4 Bn) on research and development of alternative mobility solutions in the next 5-7 years.
These funds will also be used to set up sustainable manufacturing facilities, network expansion and global brand building. Munjal told ET that ridesharing and electric vehicles represent the future of the mobility industry. He added that a company which becomes the leader in electric vehicles in India has a real shot at becoming the leader (in the technology) globally.
Munjal told CNBC TV18 that two-wheeler sales in the local market will continue to remain under pressure in the next two quarters. “I am hopeful (that) as we approach the festive season in the calendar year 2020, things should start looking up as there is pent-up demand. The various announcements made by the government…will have a positive impact,” he said.
The Hero MD also talked about the Hero Electric two-wheeler business, and claimed the company will introduce a mass-market vehicle to attract more customers and bring in the requisite volumes. Further, Munjal said that the company will not limit itself to just a few models when it comes to EV two-wheelers.
“As a company, we won’t restrict ourselves to one segment or one product, we will have an elaborate range as we go forward. Right now, because it is a new concept, new technology for all of us, we are focussing on the mass market; through our investment (in Ather Energy) we are already present in higher-priced products,” Munjal said. The company is also open to collaboration and said there could be multiple partnerships going forward.

“The idea of putting up an R&D centre in Germany is not only to service CIT (Center of Innovation and Technology) here, but is also meant to service the western markets…Western markets are hungry for EVs, not the developing countries,” Munjal said.

In November 2019, Hero Electric had plans to invest INR 700 Cr investment into the manufacturing and sales of its electric two-wheelers in India despite a dent in the sales. However, in January 2020, Hero said that it has held back its investment of INR 700 Cr as its agenda to manufacture low-powered electric vehicles did not align with the government’s Faster Adoption and Manufacturing of Electric Vehicles in India (FAME II) scheme.
Naveen Munjal, the managing director of Hero Electric said that the introduction of the FAME II policy has impacted the industry massively and it is still recovering from the transition.
The company lost out on some market share in scooters and premium bikes in the past few quarters, but Pawan Munjal is optimistic about overturning this. “We have had some issues in the past-…Going forward, we are confident we will start gaining market share… in not just scooters, but also in the premium motorcycle segment where we have a very small market share. We have a definite plan,” he said.
Munjal had said Hero has lost four months at the beginning of the year while revamping vehicles to meet FAME II requirements. He further said, “Technically, one year is almost wiped out from our balance sheet.”

Niti Aayog’s CEO Amitabh Kant recently said that Indian electric mobility is the next big opportunity in the Indian market. Kant added that with the cost of batteries coming down in the near future, battery storage technology will also emerge as a lucrative sector in India in the next five years.

“We are already seeing a lot of growth in these areas. The future will be all about shared, connected and clean mobility,” said Kant.