Qure.ai has been incubated by Fractal Analytics, which invested $30 Mn in the company 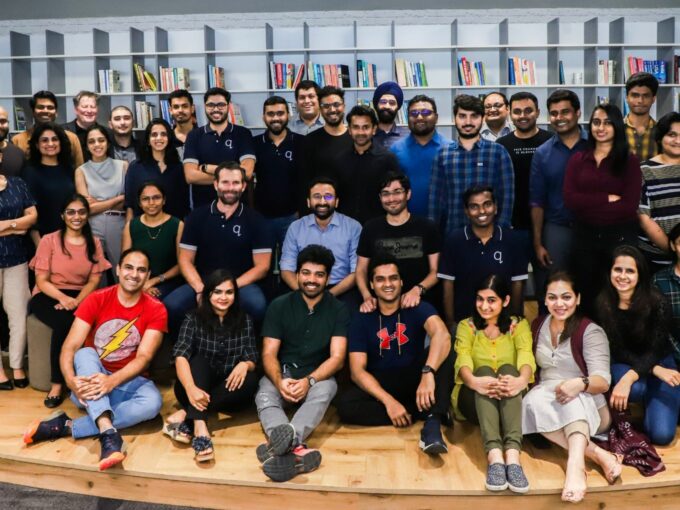 Healthtech startup Qure.ai, which uses AI algorithms to detect brain trauma and diagnose chest diseases, has raised $16 Mn in a funding round led by Sequoia India. MassMutual Ventures Southeast Asia (SEA) had also participated in the round.

With this funding, Qure.ai is planning to expand its product line and enter new geographies. Besides that, the company will also be using the capital to fund the process of regulatory clearances.

Prashant Warier, cofounder and CEO of Qure.ai said, “This funding round will allow us to further invest into R&D and to expand the reach of our solutions, accelerating our mission of delivering accessible and affordable healthcare to every human being.”

Founded in 2016 by Warier and Dr. Pooja Rao, Qure.ai is a healthtech startup that relies on AI and deep learning technology to study radiology images for a quick and accurate diagnosis, reducing the time to treatment. The company states that its algorithm can detect clinically relevant abnormal trauma from X-rays, CT Scans and MRIs in a fraction of the time that doctors typically take.

“The sophistication of Qure.ai’s algorithms and predictive analytics tools, coupled with their expert team of data scientists and physicians positions them very well versus their global competitors”, said Anjana Sasidharan, principal at Sequoia Capital India LLP.

The company claims to have used over 7 Mn data sets to train its AI algorithms and got the accuracy of its results validated from global institutions such as Stanford University, the Mayo Clinic, and the Massachusetts General Hospital.

“We have seen increased adoption of our chest x-rays solution in countries with a high incidence of infectious diseases like TB (such as India). While the head CT solution is sought after in the emergency care units of developed countries,” Warier told Inc42 previously.

Currently, Qure.ai serves in more than 200 locations in 20 countries. The company also claims that it has impacted the lives of 600K people. Qure.ai has been incubated by Fractal Analytics, who also invested $30 Mn into the company.