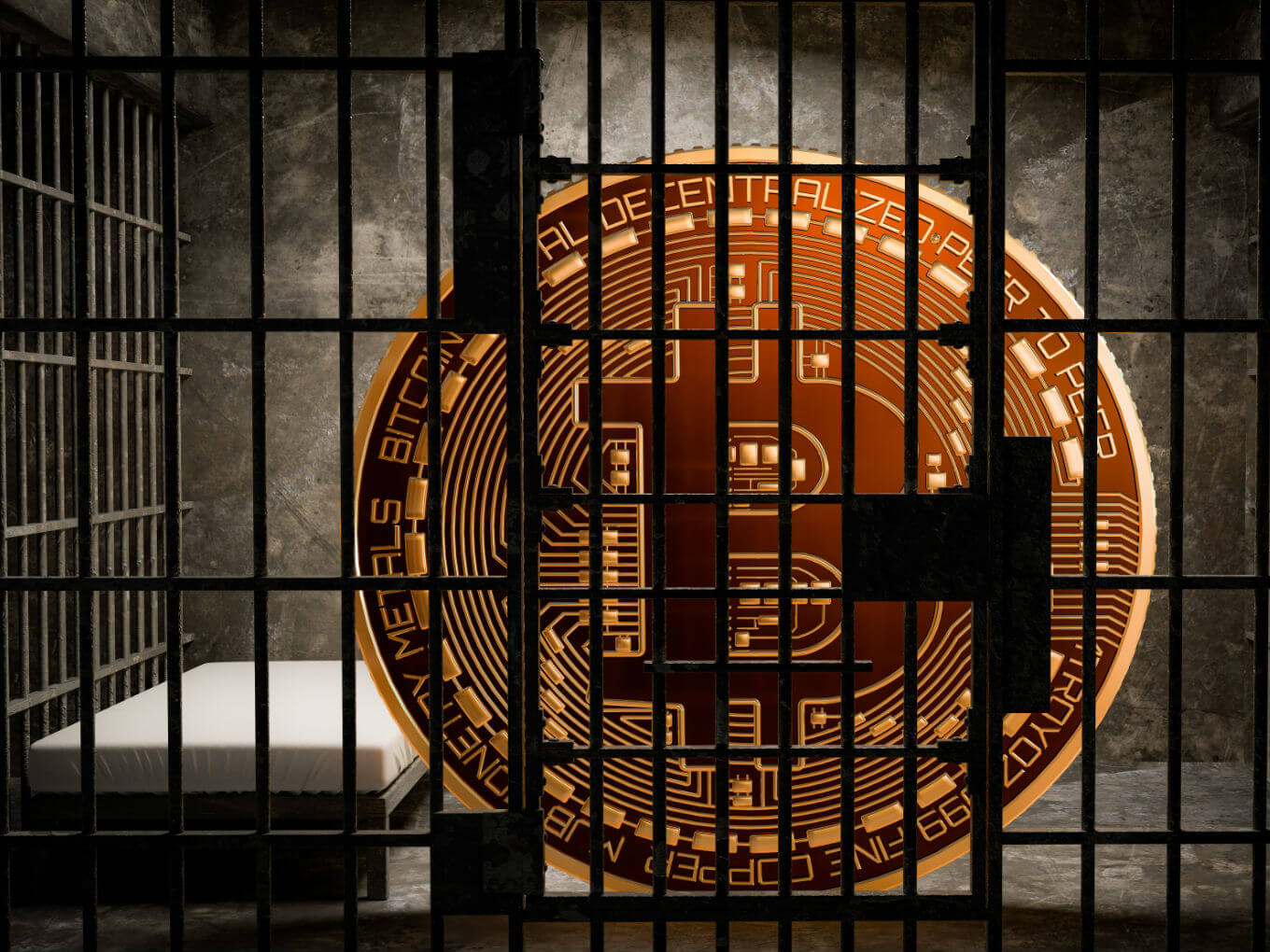 Divyesh Darji, the head of Bitconnect India and the alleged kingpin of the Gujarat cryptocurrency scam, was arrested at Delhi airport

Darji was brought to Gandhinagar by the Gujarat CID team, which is investigating the case

Fintech companies such as Paytm and Razorpay are not the only beneficiaries of demonetisation. Prime Minister Narendra Modi’s “masterstroke” also apparently caused the rerouting of a mix of white, black, and grey money into cryptocurrencies, mostly Bitcoin.

After Amit Bhardwaj was arrested and booked as the mastermind in the $300 Mn Bitcoin fraud case, the Gujarat scam — in which 200 Bitcoins (worth a few crores) were reportedly extorted — was busted. However, the scam is now being reported to be anywhere between $3 Bn and $12.7 Bn.

The main accused in the case — Divyesh Darji, the Asia head of UK-based crypto company Bitconnect — has now been arrested at the Delhi airport. Darji was returning from Dubai. The other accused — Satish Kumbhani, Dhaval Mavani, and Suresh Gorasiya — are yet to be arrested.

Divyesh Darji has been accused of duping invstors of $12.7 Bn through the Bitconnect.in, the Indian division of the UK-based Bitconnect (.com), which was launched right after demonetisation.

Darji’s Linkedin profile hails him as a teacher with 25 years of experience. While the profile doesn’t give any details about his association with Bitconnect, it says, he has done his post graduation in commerce and also holds an LLB and runs a Surat-based cryptocurrency training institute and Navivan, a fitness solution company. 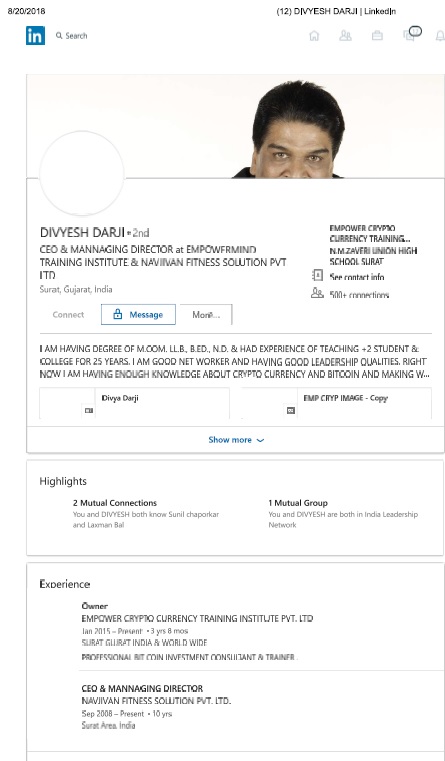 The webpage Bitconnect(.in) is not available anymore. However, according to an archived webpage, Bitconnect is a platform for Bitcoin or other electronic currency users to make a profit, buy, sell, and exchange Bitcoins directly with other members. The webpage says that Bitconnect provides many features with the aim of creating more financial resources for its users and to make the world more open and enable better connectivity.

Just like Amit Bhardwaj’s multi-level marketing (MLM) scheme, Bitconnect promises huge returns for its users. It even has its own cryptocurrency called Bitconnect Coin (BCC) listed currently on the cryptocurrency platform, Satoshi. Satoshi too has now announced that BCC will be delisted on September 10 this year, along with other crypto.

India’s Unicorn Boom: Where Does India Stand In The Global Arena?

According to DGP Ashish Bhatia, CID-Crime, Bitconnect was launched in India November-December 2016, just after demonetisation was announced. “They launched their own ‘Bitconnect coins’ soon after demonetisation. They promoted the company on social media and by holding gala functions in cities across the world. They lured investors with 60% monthly interest and incentives in the form of ‘referral interest’,” added Bhatia.

The crypto fraud wasn’t limited to India only. Bitconnect had implemented this multi-level marketing scheme worldwide. In February, hearing a second class lawsuit, a US Court had ordered to freeze Bitconnect’s assets in the country.

In addition to the disclosures, Bitconnect International PLC, Bitconnect Ltd, Bitconnect Trading Ltd, and Ryan Maasen were prohibited from transferring any assets they may possess until they are granted permission by the court, according to reports.

The complaint was then forwarded to the Criminal Investigation Department (CID). An investigation revealed that Bhatt himself was an extortionist. He had extorted bitcoins worth $22.2 Mn (INR 155.21 Cr) from others before he was kidnapped (for extortion) by the Amreli Police, according to May 21 reports.

A new case has also been registered to book Bhatt and others, including superintendent of police Jagdish Patel and police inspector Anant Patel. “Former Bharatiya Janata Party (BJP) legislator Nalin Kotadia, who is currently absconding, is also an accused in the case,” according to reports.

Bitconnect was reported to be the company through which the extortion money was being channelled. Apart from Darji, Mahendra Chaudhari, and Satish Kumbhani are also reportedly closely associated in the alleged fraud.

According to CID crime officials, Bitconnect India issued some 28 Mn BCC and then shut operations in January 2018. “This is the same company in which Shailesh Bhatt had invested $260K (INR 1.80 Cr). To recover the money, he had allegedly kidnapped Dhaval Mavani and Piyush Savaliya of Bitconnect. He had extorted 2,019 Bitcoins, 11,000 Litecoins, and $2 Mn (INR 14.50 Cr) cash. A case was then registered with the Surat zone CID crime. We recovered 169 Bitcoins and 8kg of gold from the accused,” added a CID crime official.

CID crime officials said they have registered a case against the against the owners, promoters, and administrators of Bitconnect under the IPC section for cheating and sections of the Gujarat Protection of Investors Deposit Act and The Prize Chit Money Circulation Scheme Banning Act, based on a complaint by Ashwin Limbasiya of Surat.

As per reports, apart from Bitconnect, the accused were also running a number other websites to promote their Ponzi schemes such as zewang.help (.com).

Now that Divyesh Darji has been arrested, let’s see what further twists and turns are revealed in the Gujarat crypto scam.