The party proposes to abolish the e-way bill

Essential goods, services and lifesaving drugs will be free-rated 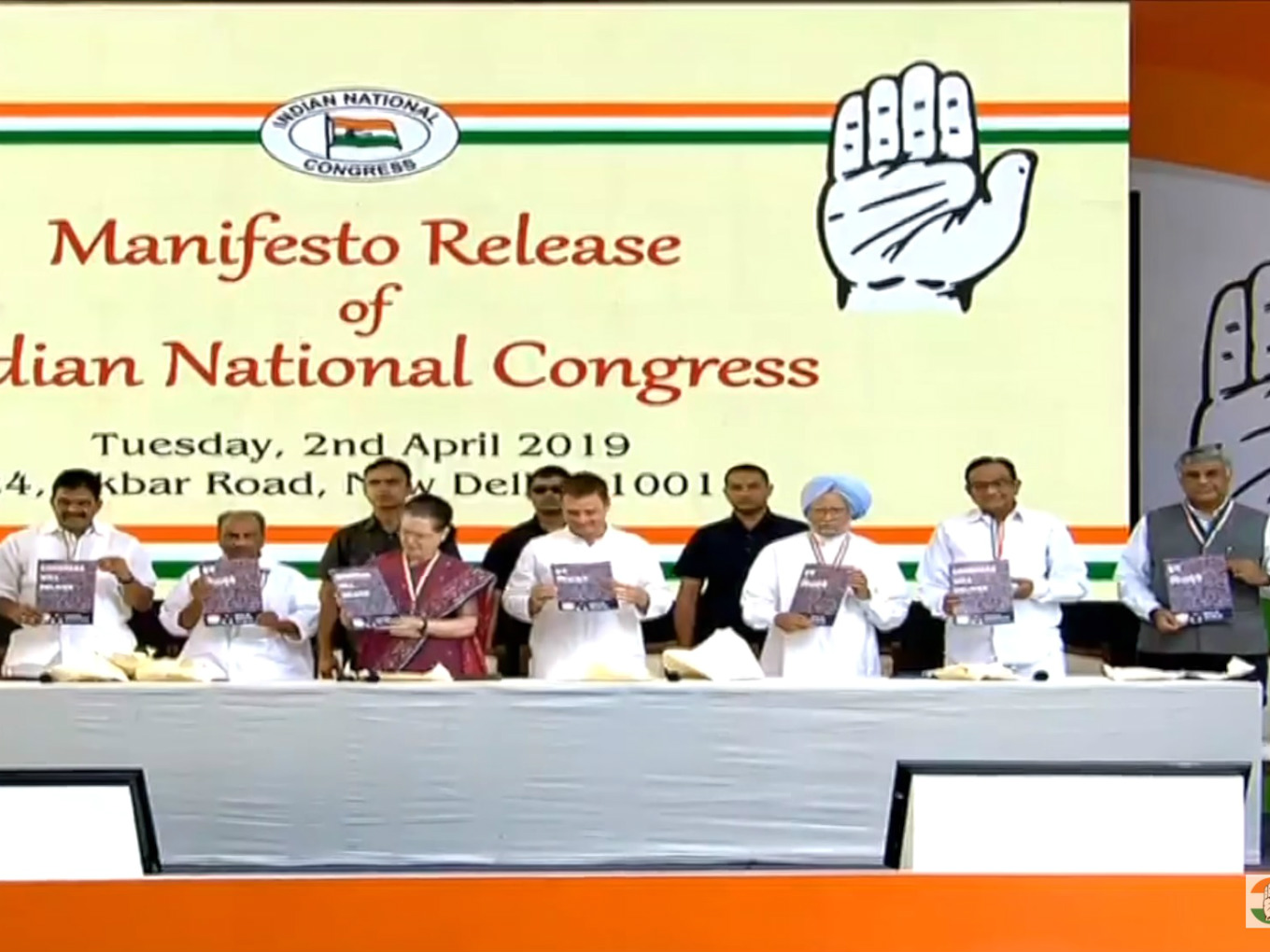 The grand old party of India — Indian National Congress — today released its manifesto for the general election 2019. Having referred to the existing Goods and Services Tax (GST) as ‘Gabbar Singh Tax’ in the past, Congress has now released a 14-pointer proposal for GST 2.0 that the party intends to implement if it comes to power.

In its manifesto, released by the party president Rahul Gandhi, Congress has proposed one slab for all goods and services, while keeping foods, lifesaving drugs and some other essentials out of the ambit of GST — free-rated in contrast to the existing four slabs of GST.

The manifesto hasn’t proposed the exact tax slab that it intends to bring in. According to Telangana Congress Twitter handle, the GST would be capped at 18%, however, speaking to Inc42, Congress spokesperson and member of its professional committee Salman Soz said, “It is simply the manifesto. The GST rate is something that will be decided once the party comes to power.”

However, the union finance minister, Arun Jaitley, has criticised the one slab solution proposed by Congress. He said, “The proposal has been made out of sheer ignorance to which I have responded multiple times but what can be done if one doesn’t want to understand.”

Giving an example of Singapore, he said, “Singapore has one GST rate of 7%, as there is no one below the poverty line. I had even asked the prime minister of Singapore that do they imposed the same GST on rice as well as on Mercedez? The Prime Minister said yes.”

In India, “it is impossible. Imagine, having the same GST on food and clothes that BPL (Below poverty line) people buy and others buying AC!” Jaitley commented.

However, Soz clarified, “essential goods and services, lifesaving drugs etc have been kept out of GST 2.0. Hence there is no question of this impacting the poor class of India.

What Congress Has Proposed Under GST 2.0

GST 2.0: Is It Progressive, Helpful For Startups?

While the manifesto hasn’t discussed the concept of GST 2.0 in detail. For instance, Can startups’ products and services to be kept out of GST for the first three years?

Earlier, Congress had promised to zero permissions for the first three years of any new business, no angel tax, solid incentives and tax credits based on the number of jobs startups create and easy bank credits.

Besides, is bringing alcohol, real estate and petroleum under the same GST slab as clothes, and other essential goods, an intelligent approach to tackle India’s diversified issues?

Commenting on the proposals, Siddarth Pai, founding partner, 3One4 Capital told Inc42, “The current proposal is more an articulation of the intent and end state of the current GST regime. Matters such as convergence to a single rate or bringing petrol, etc under its ambit have been discussed & proposed, with execution depending more on political manoeuvring than economic sense. Any legislation of this scale needs to have been done in record phases, which is what has been stated.”

“Means of achieving this in addition to the policy statements would have helped voters better understand what the Congress proposes to do differently. Since GST requires consensus from the states as well, the ultimate execution of this will be determined more by the GST council than a single party,” Pai added.

In the current form, GST 2.0 raises more eyebrows than its intention to help SMEs and startups. The party has also proposed to abolish the E-way bill which was introduced to bring transparency.

In its manifesto, the party says the existing e-way bill will be replaced by the risk management system and intelligent mechanism. A promise which not only sounds vague but also seems less transparent compared to the existing one.