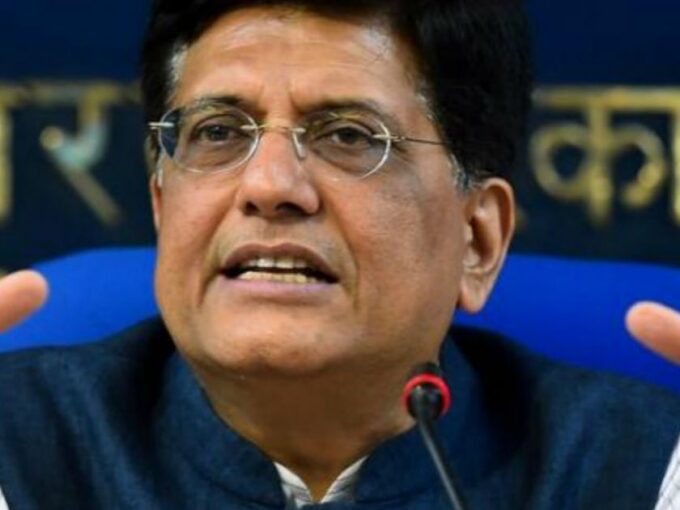 Commerce and Industry minister Piyush Goyal on Thursday (September 3) urged startups to draw up a holistic report on issues related to ESOPs (employee stock option plans) so that it can be sent to the ministry of finance for consultations. The government has recently allowed startups to issue ESOPs to employees for up to 10 years from their registration year. Earlier, the limit to issue these shares was till five years.

According to an Economic Times report, he said that the Department for Promotion of Industry and Internal Trade (DPIIT) will engage with startups on the issue in October or November. Some steps were announced earlier related to easing of tax payments for startups but subsequently, some issues were brought to the notice, he added.

“Let’s try again when the budget comes next year. Come up with a holistic paper, and we will insist on it and see how we can do it in the budget to sort out these issues to make it an easier regime, especially the difference between listed and unlisted,” the minister said in a CII event.

Goyal also made an appeal to senior business leaders to become mentors for young entrepreneurs. The minister also suggested sunicorns and unicorns to sell 1% of their capital and create a pool of capital to support young people with new ideas and demonstrate their commitment to supporting new ventures with Indian capital. “I sometimes feel pain” that so many good ideas had to sell out at a very low valuation to international funding, he added.

How Does ESOPs Work?

ESOP buybacks is a relatively recent phenomenon with startups. The trend started in 2018 when Flipkart announced a 100% buyback option of vested ESOPs. The ESOP taxation issue was recently raised by investors during a post-budget meeting with the finance minister.

For startups, it is offered to attract, hire, and retain top talents, while fighting the cash crunch on one end. However, while India’s ESOPs taxation remains ineffective, many of the global startup employees having exercised ESOPs have found themselves caught completely off-guard.

Taxes aside, the issues with ESOP in Indian startups is that once exercised, employees have no opportunity to liquidate their shares but to wait for either IPO or the company’s cashback offers.

With the ongoing Covid-19 pandemic and reduced cash flow, several companies have been relying on ESOPs to compensate employees for salary deductions.

For listed companies, the employee can sell the shares in the open market when their lockin period of ESOP is over on the prevailing market price. Whereas for an unlisted company, employees can sell ESOPs to the employer or other employees only.

How Does It Work In Other Countries

Internationally, Singapore offers a dedicated equity remuneration incentive scheme (ERIS) for startups which provides a tax incentive to employees who derive gains from ESOP granted by their employers.

According to the scheme, one can enjoy tax exemption of 75% of the gains arising from ESOPs. Tax exemption is available for each year of assessment over a period of ten years, subject to qualifying criteria. The cumulative gains on which the tax exemption applies are capped at $10 Mn over the ten-year period and the gains must be derived on or before December 31, 2023, according to the Inland Revenue Authority of Singapore.