Google said it favours free flow of cross-border data on the internet, emphasising on security and privacy of users

Earlier, Google said it will comply with local laws in the country 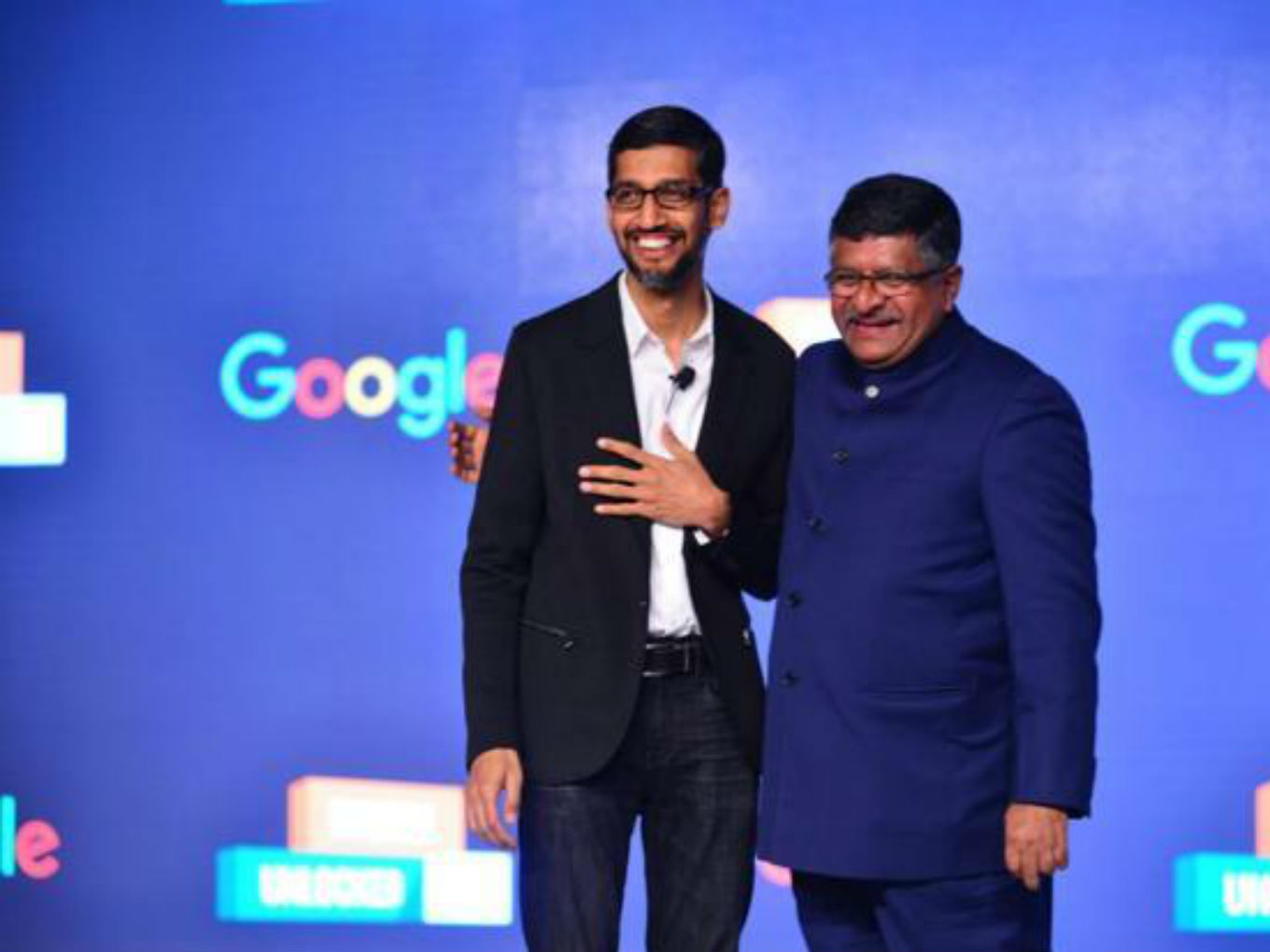 In the era of increasingly privacy-conscious Indians and especially Indian government, which has continued to give strict warnings to giants like Facebook, Twitter and Google, the draft Data Protection Bill has been much discussed for its data localisation narrative.

The latest comments on the same come from global search giant Google which told India that it favours free flow of cross-border data on the internet, emphasising on security and privacy of users.

In a letter to Union IT minister Ravi Shankar Prasad, thanking him for the visit last month to the Google’s headquarters in Mountain View, California, Google CEO Sundar Pichai said, “Free flow of data across borders —with a focus on user privacy and security —will encourage startups to innovate and expand globally and encourage global companies to contribute to India’s digital economy.”

Earlier when the data localisation issue cropped up, Google India head Rajan Anandan said that the company will comply with local laws in the country and would work with industry associations and the government for a right policy framework.

“Today, it is a global internet economy. Obviously, when you change any aspect of that, you have to be very thoughtful of what you want to change because it has implications on many things,” he had said.

In his letter to IT Minister, Pichai said that Google shares the vision of creating a truly ‘Digital India’ and Google remains firmly committed to being part of the India growth story.

“The Google team in India will be in touch with your office to follow up on some of the specific topics we discussed during our meeting,” he wrote.

Pichai and his leadership team had briefed Prasad about the company’s plans for India in the areas of connectivity, Indic languages, artificial intelligence and capacity-building of startups and small enterprises.

Pichai’s letter on September 5 to Prasad comes at a time when the government has extended the deadline to September 30 for public responses on the draft data protection bill.

Inc42, in association with Ikigai Law (Formerly TRA), on September 7, organised a roundtable interactive session, The Dialogue, with startups to discuss the impact of the Bill on their businesses once it gets enacted in Parliament.

The roundtable was attended by startup founders who brought up a host of challenges that have not been addressed or answered in the existing draft Bill.

With regards to data localisation, Justice BN Srikrishna Committee recommended that every data fiduciary in India shall ensure the storage of at least one serving a copy of personal data on a server or data centre located in India.

It also stated that the government can notify some categories of personal data as critical personal data that have to be stored in a server or data centre located only in India.

The payment system companies have been given six months to comply with the new norms. According to the RBI, at present, only a handful of payment system operators in India and their outsourcing partners store user data, either partially or completely.

Even though players like Paytm and Microsoft have come forward to support the data regulations, opposers include Nikhil Pahwa, co-founder of Internet Freedom Foundation and Internet & Mobile Association of India (IAMAI) said that app makers were already heavily regulated under the IT Act