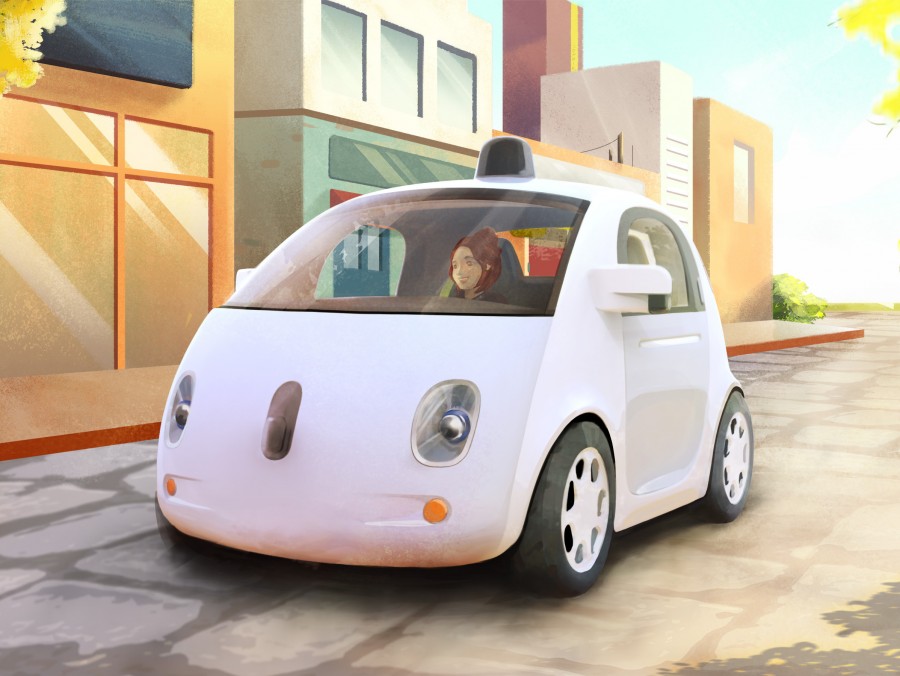 Google’s co-founder Sergey Brin announced at the Code Conference today that the company has built a number of prototype self-driving cars from scratch.

The two-seater prototype vehicle is Google’s re-imagination of what the modern automobile should look and feel like if you took the human out of the transportation equation and designed something solely to chauffeur passengers from point A to B.

Google’s prototype cars don’t need a human to intervene at all — which means there isn’t a steering wheel, accelerator pedal or brake pedal. Instead, software and sensors replace all of those.

“The project is about changing the world for people who are not well-served by transportation today,” say’s Google co-founder Sergey Brin. “There’s not great public transportation in many public places in the United States.”

Most importantly, Google says that its self-drive vehicles focus on safety. They come equipped with sensors that remove blind spots, and can detect objects at a distance of more than two football fields in all directions, which the company notes is helpful particularly on busy streets with several intersections. Google has also limited the speed of its first prototype vehicles at 25 mph.

It’s unclear if Google plans to manufacture the cars or if it will decide instead to supply the technology to carmakers. But Brin said he’s hopeful regulators will agree that cars can operate safely without a driver.

Google is planning to build about a hundred prototypes and intends to run a small pilot program in California over the next couple of years.

“We’re going to learn a lot from this experience, and if the technology develops as we hope, we’ll work with partners to bring this technology into the world safely,” Google says.

In terms of a business model for the self-driving car, it seems like Google could either partner with car-for-hire service Uber, or even possibly develop an Uber-like service by itself.