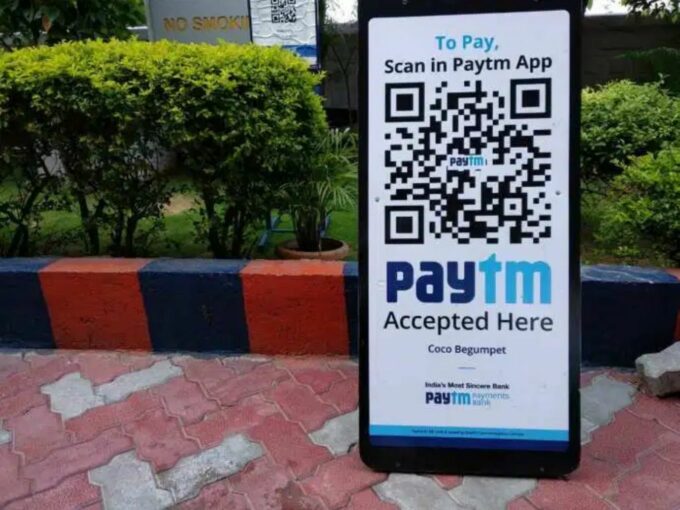 Google has pulled Indian financial services giant Paytm’s app from the Play Store for violating policies related to gambling payments. Paytm, India’s most valued startup, claims over 50 Mn monthly active users, and its primary app, which allows users to transfer funds, make payments and store money in the Paytm wallet for purchases, was removed from the Play Store in India earlier today (September 18).

Google in its recently announced (today) policy update said that the Play Store policy prohibits online casinos and other unregulated gambling apps that facilitate sports betting in India, a day before the mega tournament Indian Premier League kicks off. Paytm repeatedly violated these policies, according to two people familiar with the matter who were quoted by TechCrunch. 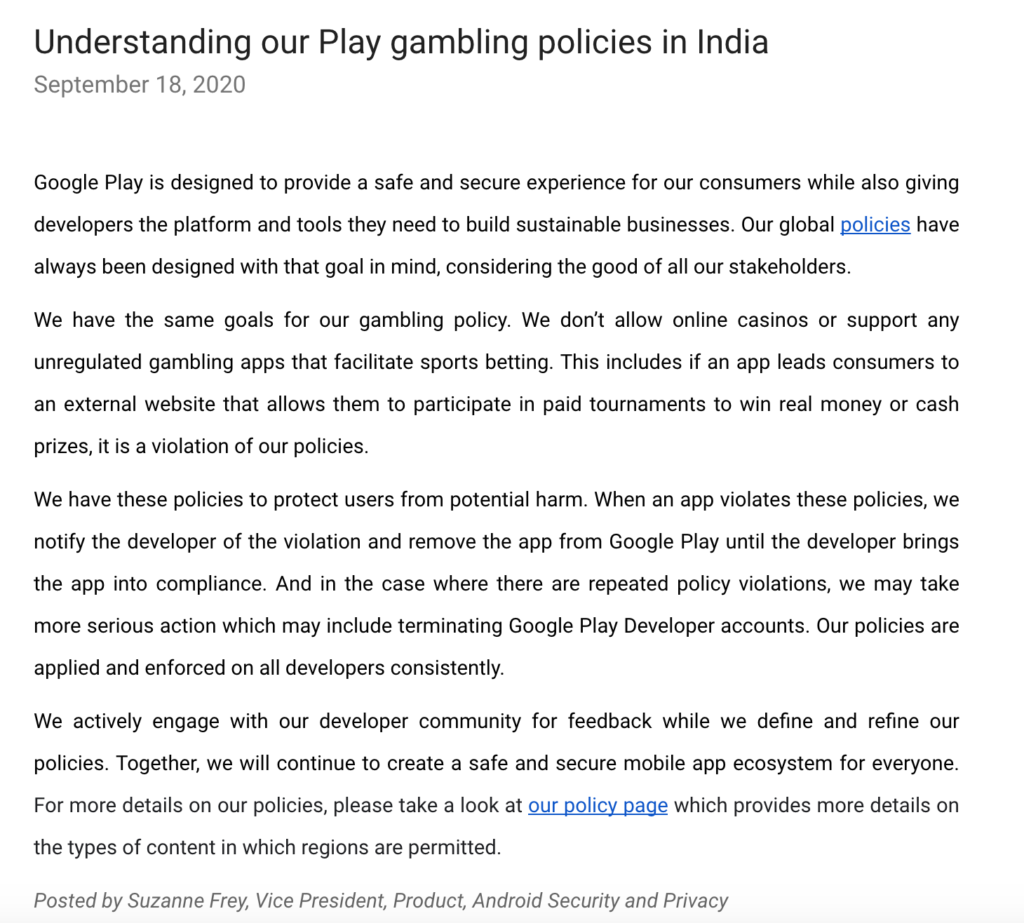 While Google has similar guidelines for the Play Store in other regions, the ejection from the store seems to have come due to the rule related to apps redirecting users to external websites that allow them to participate in paid tournaments to win real money or cash prizes.

In response to Google’s move, Paytm reiterated that all activities on Paytm were completely lawful and added, “We recently launched the ‘Paytm Cricket League’ on our consumer app for users to engage in their passion of cricket and get cashback. The game allows users to get player stickers after each transaction, collect them and receive Paytm Cashback.” In a blog, the financial services giant said, it will continue to work with Google to restore the app. “We assure all our users that their balances and linked accounts are 100% safe. Our services are fully functional on all existing apps and you can continue enjoying Paytm like before,” it added

While sports betting is banned in most forms in India (with certain exceptions for horse races and other events), the illegal market picks up speed around major tournaments such as IPL. Plus, the IPL is a marquee event for dozens of fantasy sports gaming platforms in India, including the IPL sponsor Dream 11.

The report further states that Google has urged Disney+ Hotstar, which has the mobile broadcast rights for IPL, to display a warning before running ads for fantasy sports apps. How Hotstar manages this given that Dream 11 is a title sponsor is unclear at the moment.

In a blog post highlighting the various rules and policies around gambling apps, Google’s VP for a product, Android security, and privacy, Suzanne Frey wrote, “We have these policies to protect users from potential harm. When an app violates these policies, we notify the developer of the violation and remove the app from Google Play until the developer brings the app into compliance.”

In recent times Google has removed a clutch of application from its play store, which has put many Indian companies in a bind.

In May 2020, Google had removed digital payments app Mobikwik from its Play Store citing a violation of its ads policy.

In June 2020, Sameer Samat, VP, Android and Google Play had said that Google Play suspended a number of apps that violated its policies. He categorically mentioned that the company won’t allow an app that encourages or incentivises users to remove disable third-party apps or modify device or feature settings.