Google has launched an accelerator program by the name Launchpad Accelerator to provide mentorship, training and support to mobile startups in India, Brazil and Indonesia. Besides, Google will also provide up to $50K in equity-free funding.

The company has also announced Doormint, Frankly.me, Holachef, Justride, Murmur, Nestaway and English Dost among the selected startups for the program from India.

The end goal of this program is to identify game changers in the market and be the game changer for them. The company has purposely decided on an equity-free approach because it doesn’t want to tarnish this work with thoughts about ROI and equity. 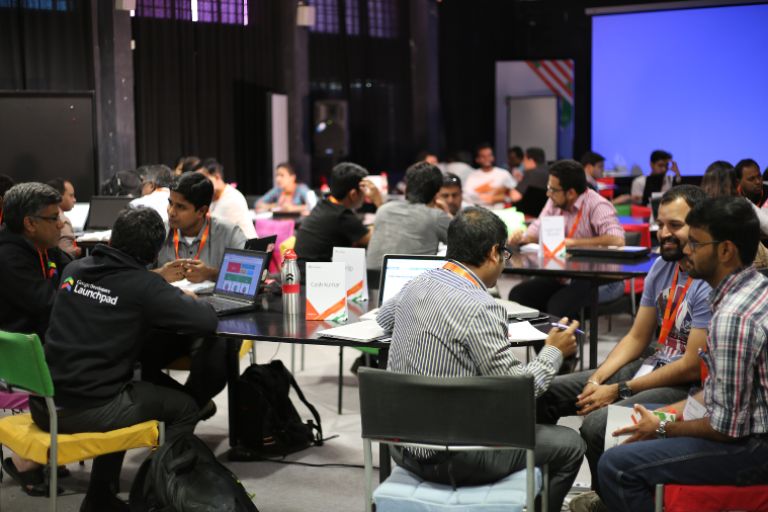 In a bid to make an impact on startups, Google has launched this accelerator program to work on various launching projects, develop better tools and offer high-impact mentoring to startups.

Launchpad Accelerator is a six months long program, firstly startups will be flown to Mountain View for a two-week boot camp. After which, these startups will be made to meet mentors, who are either Google employees or professionals from the wider startup community. The mentors will help startups plan for their next five and a half months in the program (which happens in their home countries). This stage is classified as “pressure environment”.

During the pressure environment phase, the startups will work through a number of individualised tasks to help themselves sharpen their marketing and go-to-market strategies, user experience design and other aspects of their services.

The first class of twenty startups will arrive Mountain View in mid-January and includes startups like Brazil’s ProDeaf and Indonesia’s Jojonomic. It plans to bring about 50 new startups into the accelerator program every year. Glasberg stated that the company hopes to work with another 200 or so in a more hands-off program that doesn’t involve the boot camp in Mountain View.

In addition to the services at Mountain View, Google has also availed its access to local and international network of mentors, along with credits to use Google’s developer platform, to the startups, even after they return to their home towns.

Glasberg added that the accelerator is born out of Google’s existing Launchpad program for startups and its global series of events, which was launched about two-and-a-half years ago.

The company expects to expand this program to additional countries in the long run.

From India it has selected the following startups:

Funding: It has raised $3 Mn as part of series A funding led by Helion Venture partners along with Kalaari Capital.

Holachef is an online marketplace for chefs. It connects expert chefs with consumers via its website and mobile app on Android and iPhone. The platform offers a new menu everyday to choose food and delivers it to the user in state-of-the-art packaging.

Funding: It raised $2 Mn in November 2015 and an undisclosed amount of angel investment from Alok Mittal, Zishaan Hayath, Niraj Singh, Nikunj Jain, among others, in August 2015.

Just Ride is a self-drive car rentals aggregator. Its focus lies in connecting existing vendors in the car rental industry to the end user through a hyperlocal service network.

Super is a mobile first job seeking the platform that apart from connecting job seekers to companies, allows them to connect to company culture, their vision and what it actually feels like to be there.

Funding: It raised $12 Mn funding led by Flipkart and Tiger Global in July 2015, $1.2 Mn from Naveen Tewari and IDG Ventures in March 2015 and $3 Mn of Series A funding from SAIF Partners and Fulcrum Ventures

NestAway is an online marketplace for home rentals that turns unfurnished houses into fully-furnished and managed apartments and provides them at affordable prices to pre-verified tenants.

English Dost is a mobile app that helps people from smaller towns and cities to learn to speak English fluently.

Funding: It raised $600K in seed round in January 2015 from Matrix Partners

FranklyMe have built an app that lets user express your beautiful videos with ease through video filters and then share them across any platform.

Bluegape launched a new app and rebranded itself as Murmur, as part of its mobile-first approach. It is a content discovery platform that provides a right combination of photos, videos, blogs and news.

Startups from India, Brazil and Indonesia can apply to become a part of this session which will begin in mid-2016 by submitting an application here.