Global Digital Tax On Tech Giants: Will India Get A Bigger Piece Of The Tax Pie?

Global Digital Tax On Tech Giants: Will India Get A Bigger Piece Of The Tax Pie? 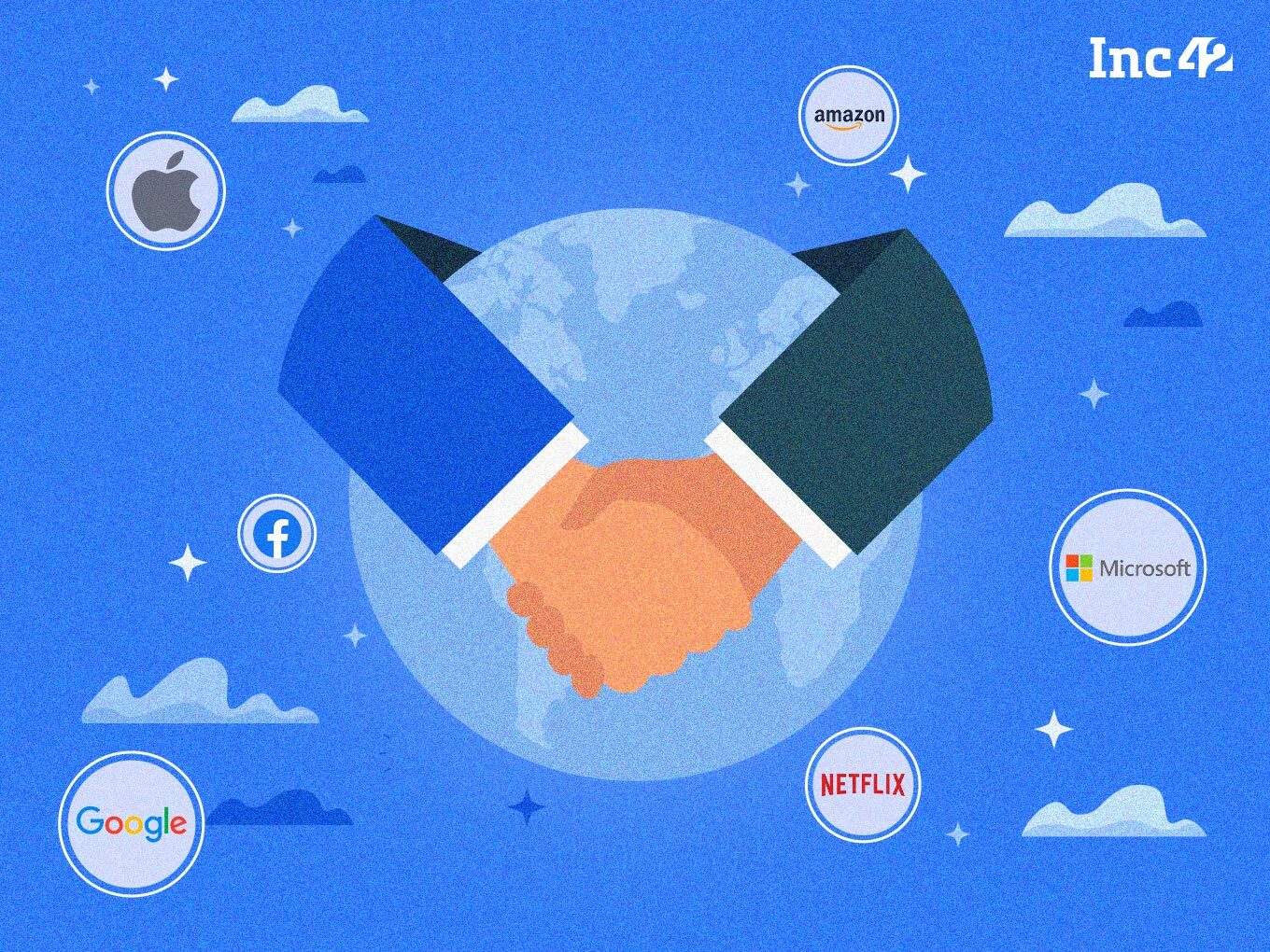 The global digital tax deal aims to ensure that companies pay taxes in every country they operate, even if they might not be profitable in all those countries

Critics argue that the proposed deal includes a high turnover threshold for taxable businesses, so many companies would still not be liable to pay tax in India

It’s been called a “landmark deal” and once in place, it will reallocate more than $125 Bn of profits from the world’s largest multinational companies, but the new global digital tax deal is likely to become a major point of contention for nations around the world, including India, with worries about lower tax revenue than under existing systems.

Finalised last week, with representatives from 136 countries, including India, signing off on the deal, the global tax deal is a way to ensure that companies pay taxes in every country they operate, even if they might not be profitable in all those countries.

Tax and global trade experts believe that India’s equalization levy corrects the anomaly of mismatch in the effective date of income tax exemption, which considers some transactions outside the ambit of the income tax regulations in India.

Thanks to the equalisation levy, the Indian exchequer collected INR 1,600 Cr in FY21, which is almost 2X growth from last year. Tax collections grew 150% after the second quarter in FY 2022 at INR 1,618 Cr compared to INR 647 Cr during the same quarter last year. 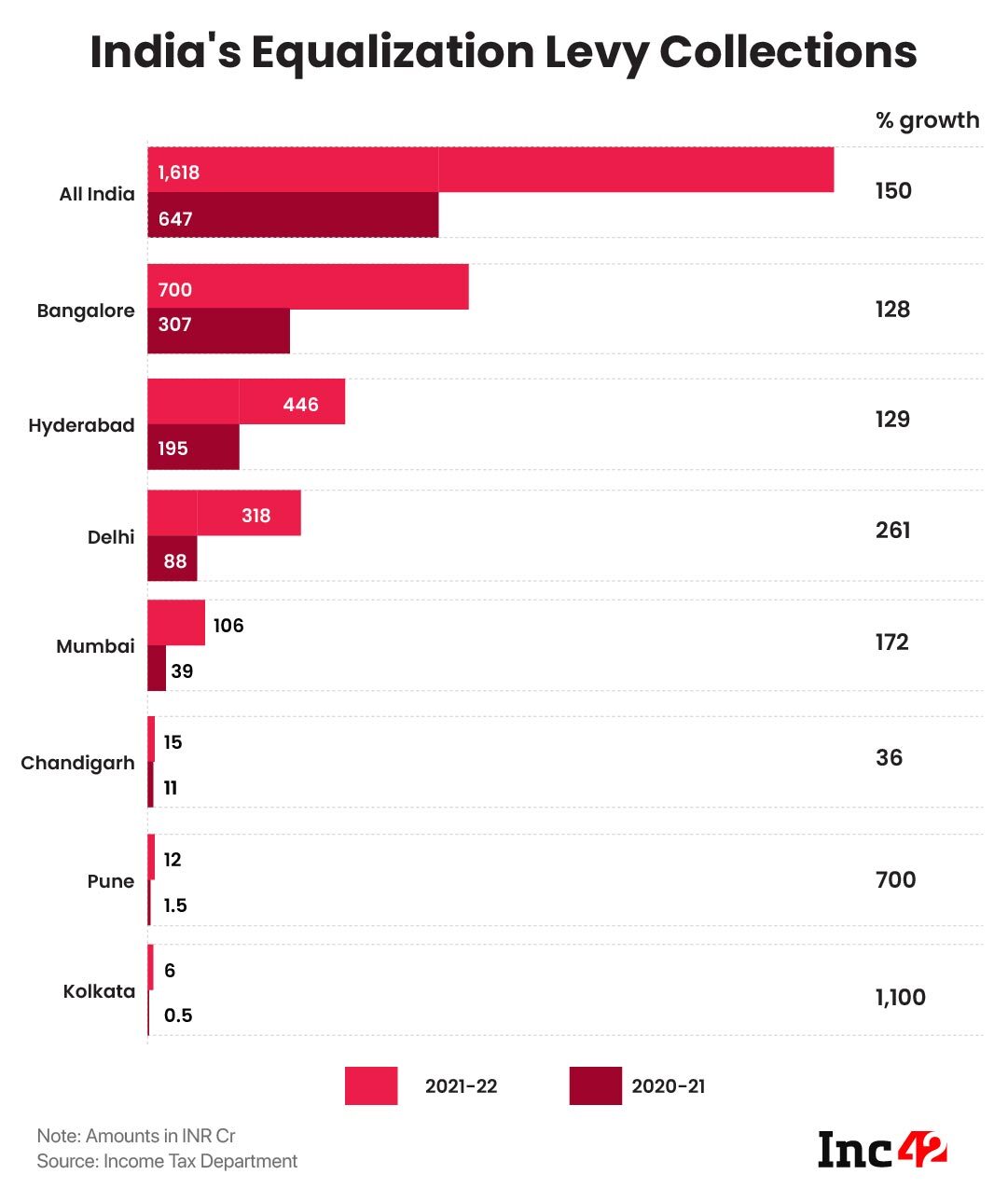 Besides this, under the significant economic presence (SEP) rules brought in 2018, the Indian government can tax multinationals or entities that do not have a presence in India and if they do transactions of INR 2 Cr or more in a year or have at least 3 Lakh users in India.

The new global tax deal is proposed to replace this equalization levy and SEP rules. It will cover the digital economy and tech giants such as Amazon, Apple, Google, Facebook, Netflix, Microsoft and others. These companies will have to pay a minimum tax rate of 15%, wherever they operate, according to the deal signed under the Organisation for Economic Cooperation and Development (OECD).

G20 finance ministers will take up the tax deal for discussion tomorrow (October 13) with Indian FM Nirmala Sitharaman also expected to attend the meeting. Will India concur with the proposed digital tax or will there be another twist in the tale?

While the tax rules will only come into effect from 2023, India and other countries which have signed on to the deal will not be able to enact any new digital taxes in the interim. The OECD has also urged India and other governments to withdraw equalization levies and other digital services tax in the meanwhile.

These bars on new tax legislations is the primary sticking point for those watching the Indian market, as it limits the autonomy that the Indian government has in these matters.

According to the OECD, the two-pillar solution of the global digital tax does not seek to eliminate tax competition i.e unilateral tax laws by countries, but rather looks to put a multilaterally agreed limitation on how companies may be taxed. It said that the countries part of the deal will collect around $150 Bn in new revenues annually under two pillars.

Pillar one of the proposed rules changes involves taxing companies with revenues of over 20 Bn euros and a profit margin above 10%. This pillar will cover the top 100 companies in the world, and the OECD said it would review the threshold for the tax after seven years to cut it to 10 Bn euros.

Proponents of the global tax claim that the threshold for taxation is now much higher than the 1 Bn euro revenue threshold currently applicable in India, which covers 5,000 global companies.

Under pillar one, taxing rights on more than $125 Bn of profits are expected to be reallocated to countries each year. Developing countries are expected to see greater tax revenue gains than more advanced economies, as a proportion of existing revenues. This is where the global tax may not benefit the Indian market, unless companies start taking in a lot more revenue from the Indian market, according to taxation experts.

Pillar two of the global tax deal, which will come into effect from 2024, aims to ensure that multinational companies are subject to a minimum effective tax on all profits. The new minimum tax rate will apply to companies with revenue over 750 Mn euros and is estimated to generate around $150 Bn in additional global tax revenues annually.

The Uncertainty In Estimating Tax Revenue

While the global digital tax is said to increase the tax collections in the long run by the Indian government, there’s little clarity on how companies will restructure themselves to limit their tax exposure in certain geographies.

The reallocation of taxing rights for a portion of multinational profits under pillar one would change where tax is paid by companies. India is home to large tech companies in its own right including tech startups that are rapidly expanding abroad. So on the flip side of this tax deal, India could stand to lose out on tax revenue since these companies are likely to have additional taxes in the regions they are expanding to.

Under the deal, countries with large bases of digital customers but limited headquarters of large multinationals would stand to gain revenue. One could say that India is one such country, where multinational companies do not always have a physical presence.

Indian IT companies such as Infosys, TCS, Wipro and others that have a wide global footprint would need to reassess their business models and the allocation of their profits to each geography, as the proposed changes in the global tax deal in the profit allocation methodology will also apply to them, and not just tech giants that have HQs outside India.

How Much Tax Revenue Will India Get?

The recognition of profits has always been a bit murky in the global context, which makes the global digital tax more complicated than it should be.

A major challenge is that it is difficult to estimate how much share of the tax revenue will come to India. Critics argue that the proposed deal includes a high turnover threshold for taxable businesses, so many companies would still not be liable to pay tax in India, if their revenue is under the threshold.

Tech companies typically keep the ownership of intellectual property rights (IPR) with subsidiaries set up in countries with a low tax rate, with Ireland being one example.

Then subsidiaries of such companies have to pay for the licensing of these IPR assets in other geographies, which means their costs rise, which in turn reduces the taxable profits in these geographies.

For instance, Google’s India subsidiaries pay Google’s subsidiary in Ireland for the use of IP, which means Google India has a higher cost burden and therefore a lower tax burden. While Google Ireland earns revenue from such licensing, the lower tax threshold in Ireland is beneficial for Google.

This system of attribution of a major portion of profits based on the ownership of IPR, regardless of where the data or service is actually consumed, needs to be modified, many experts have said in the past. While the equalization levy was floated as a way to mitigate this tax deficit, it remains to be seen whether the global digital tax will change this.

The changes are beneficial for developing economies on paper, but the actual implementation will depend on global acceptance of accounting principles and audited accounts, based on which a company’s profit threshold is arrived at. Without a consistent standard for accounting, companies may be able to hide away profits within their books to limit their tax exposure.

Such loopholes will likely be closed by 2023, when the global digital tax deal comes into effect, but whether it will benefit India in the long run is something no one is quite sure about.