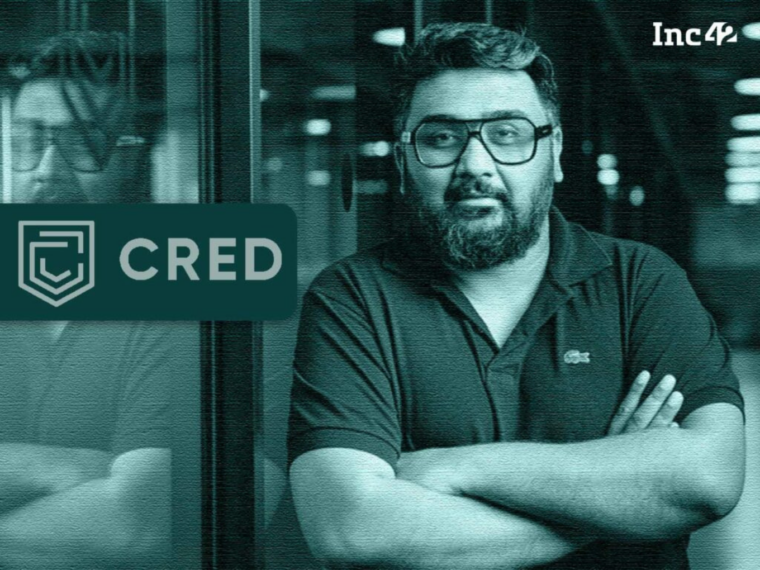 The round also saw participation from existing investors such as Sofina, Tiger Global, FalconEdge, and Dragoneer

The round also saw participation from existing investors such as Sofina, Tiger Global, FalconEdge, and Dragoneer. According to a company spokesperson, the startup was valued at $6.4 Bn in the funding round.

The development comes months after Inc42 reported that GIC was looking to lead a funding round in the fintech unicorn.

CRED, founded in 2018 by Kunal Shah, offers premium credit card users rewards and benefits for paying their bills. It is also looking to foray into the ancillary services business built around its primary ecosystem of credit card-centric services.

The startup has raised more than $466 Mn since April 2021. Excluding the latest round, CRED has so far raised over $922.2 Mn in funding from marquee investors such as Tiger Global, Sofina, FalconEdge, among others.

With the fundraise, CRED has joined a host of unicorns with more than $5 Bn valuation.

Meanwhile, GIC continues to strengthen its portfolio of high-ticket Indian fintech companies. Earlier in March this year, GIC, along with Tiger Global, brought back shares worth $10 Mn from Razorpay’s workforce under the employee stock ownership programme (ESOP).

In November, the sovereign investment fund also took part in the $1.104 Bn anchor round of Paytm as part of its initial public offering (IPO).

Indian fintech startups have raised more than $22 Bn in funding since 2014. Currently, the sector has 21 unicorns and 31 soonicorns, with a combined valuation of more than $74 Bn.

In June this year, Fintech startup Jiraaf raised $7.5 Mn through equity financing as part of its Series A funding round. Besides, fintech firm Mobikwik is also in talks with investors to raise as much as $100 Mn in funding.