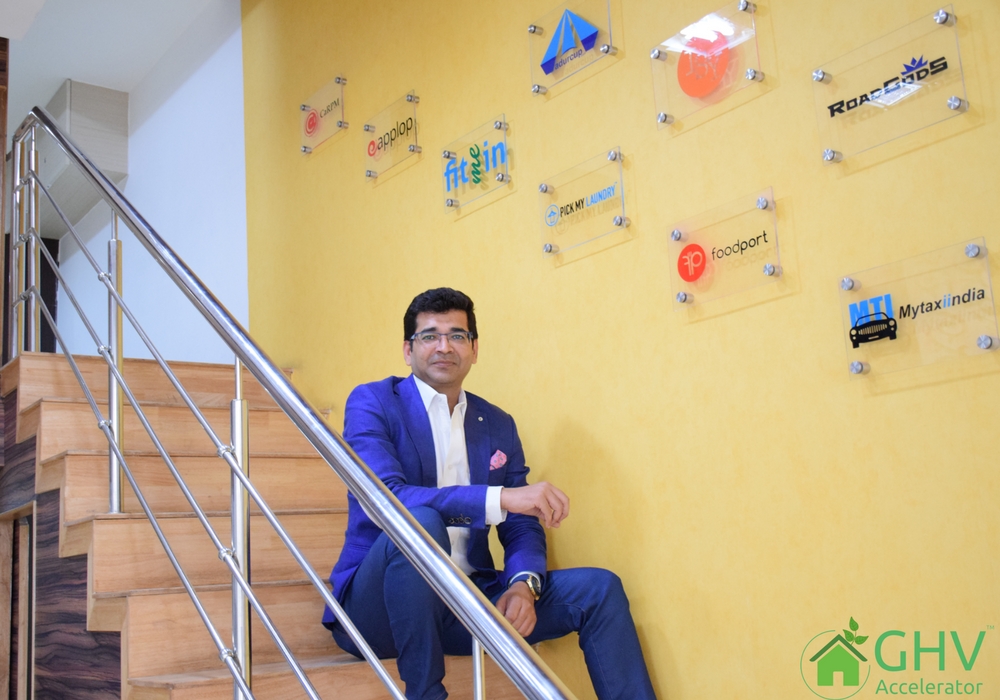 A report by the United Nations Conference on Trade and Development (UNCTAD) on World Investment that was released in 2016, stated that India was number 10 in the list of the top 10 countries which had attracted the highest FDI inflows globally in the year before (2015). In 2016, as well, India received $21 Bn FDI investments from April-September, a rise of 30% Y-o-Y.

Various international delegations have been visiting India to explore startup partnerships here, such as UKTI – UK Trade & Investment from UK, India New Zealand Business Council, India-Russia Chamber of Commerce, delegates from the US, Japan, Germany, Spain, Singapore, Netherlands and so on. Such international partnerships provide Indian startups with multiple benefits – a global stage to operate in, unmatched mentoring panels with international experts, opportunities to network and expand their vision, robust and tested growth models and access to information as well as resources.

From the resurgent global investor interest, it can be assumed that venture capital is here to stay in India.

However, a joint statement by India’s Prime Minister Narendra Modi and Japan’s Prime Minister Abe points to a gap in this area. One of the countries keenly investing in India through the venture capital approach is Japan. The way forward is to take Indo-Japan bilateral ties to high levels of collaboration and partnership.

Plugging this gap entirely will take time but one of the pioneering platforms to focus on filling this funding gap is GHV Accelerator founded by Vikram Upadhyaya. GHV has formulated this strategic channel as a successful model, by driving and nurturing ties with Japanese institutions, while enabling startups to leverage these partnerships to grow.

GHV harnessed the potential of the India-Japan collaboration by launching a partnership with WiL (World Innovation Lab) and MT Partners in 2014, to tap the potential of the Indo-Japan Startup Ecosystem. WiL has $360 Mn under investment, according to this  report by Venture Beat and is focussed on creating and nurturing global startups into sustainable enterprises. Through this partnership, GHV has managed to build strong corporate partnerships with Japan’s Fortune 500 companies like Mizuho, SMBC, 7i Holdings, ANA Airlines, Mori Buildings, Docomo and many more.

Gen Isayama, co-founder and CEO at WiL says, “India today looks like what China was 10 years back and growth here will be much stronger in the next few years. We would like to fund a couple of companies from GHV if there is a strong connection to Silicon Valley or Japan. If we see the benefits of cross-border mentorship and regular dialogue, the next step will be to set up a fund or facility which we can jointly run to continue our relationship”

Due to its foresight and future-focussed vision, GHV gauged the value of this relationship and has been providing startups in India with a controlled growth environment, sustainability funding and global mentoring, from the beginning.

To cite an example, MyTaxiIndia (MTI), one of the portfolio startups and initially funded with $100K by the accelerator, received another round of $500K as investment funding from Japan’s largest taxi company Nihon Kotsu Co., with the help of GHV connect. Just recently Japan Taxi and ZGC Global, an investor from Dubai also invested in MTI.

Other startups that have been part of the GHV Accelerator include – FitmeIn, Applop, Pick My Laundry, IStyleYou, RoadGods, Pindrop Music and so on. The most important and distinct traits that the GHV portfolio startups have are being agile and adaptive with strong process orientation, which has resulted in creating a solid foundation for sustainable growth and great strategic collaborations.

The accelerator calls them ‘cockroach startups’ because they have invested time and money in becoming resilient and ensuring unit economics. These have allowed them to build slowly but in a much more scalable manner. For example, MTI has moved towards profitability in a stepwise manner, city by city. They are profitable in 23 cities and have then moved to the next set of cities. So, the focus has been to establish profitability, strengthen the base processes and then move to the next phase.

Yet another example is Pick My Laundry. They broke even operationally, in less than eight months. The reason for the same was a sound and sustainable business model. They did not focus on short-term marketing strategies such as discounts but on long-term approaches such as valuable services.

FitMeIn, on the other hand, received an undisclosed sum from Japanese digital healthcare company, FiNC as investment funding. Again, focus was on providing value added services in the fitness space and using technology effectively rather than choosing quick fix strategies.

PickMyLaundry, invested and empowered by HUL Executive Kedar Lele, also recently acquired OneClickWash; while Istyleyou has been invested and backed by Rannvijay Singh. Just a few days back, procurement platform for restaurants, AdUrCup received funding from strategic investors. Also, PindropMusic, a music app and a part of the GHV portfolio has crossed a million app downloads and has more than 2,000 artists connected on the platform, within 8 months of launch.

Five of GHV portfolio startups made it to NASSCOM 10K Startups’ InnoTrek program 2016, mainly because of the fact that they are resourceful and will survive in the long run – as cockroach startups.

While VCs do define stringent investment criteria, many of these tend to be more in line with overall strategic intent or, at the other end, with implementation excellence. When GHV worked on a strategic framework to define investment criteria, to ensure that the right startups are selected for the Accelerator Programme, they developed the proprietary T.E.S.T POC approach.

T.E.S.T POC stands for Team, Execution, Scalability, Technology and Proof of Concept. POC is required to validate the results the other mentioned parameters are leading to.  In simple terms, it looks at the overall business impact of the startup through its revenues, repeat clients and the need for product in the market.

There are many factors that make this framework different from the rest. The manner in which talent has been incorporated as a barometer of success and the balanced approach that it takes during evaluation, towards strategy as well as execution – are critical. These elements emphasise on what GHV is looking for in terms of growth potential in a startup and how they communicates this line of sight to those who want to apply for the accelerator programme.

The accelerator has also spent considerable effort in assessing those and, as a result, has renowned associations as strong partners who are all stakeholders in the startup ecosystem. These collaborative partners are NASSCOM10K, LetsVenture, Applyifi, Telecom Center of Excellence, Amazon Web Services and several incubators across India. These strategic partnerships provide a huge advantage to those startups in the GHV Accelerator portfolios without a physical coworking space.

As stated by Shanti Mohan, founder of LetsVenture:

“Our association with GHV goes back almost two years. I believe that India needs a lot more early-stage investors in the ecosystem. As the data shows, today, for every one startup there are only 0.6 angel investors in the ecosystem and GHV very rightly fills that gap for early-stage investing. GHV also has a very good list of key investors on their advisory board like Sharad Sharma, Rajan Anandan and many more.”

Alongside the benefits of the accelerator programme, the mentor panel at GHV has given portfolio companies the opportunity to experience mentoring in an all-inclusive way, since the range of mentors who form the panel are from across industries and functions. They are highly experienced and have the expertise to not only provide business-related mentoring but also insights into the overall entrepreneurial ecosystem in India.

These collaborations and the mentor panel ensure that GHV has the unique ability to provide end-to-end support and guidance, ranging from strategic to tactical involvement and even when portfolio startups pitch to investors.

Vikram Upadhyaya is Chief Mentor, Accelerator Evangelist and the man behind GHV. He started his entrepreneurial journey as early as 1999 and is the Founding Board Member of the Indian Angel Network and has worked with NTTDATA Corp in the past and was nominated by the Ministry of ICT, Japan for two consecutive years 2009 & 2010 as a member on the India-Japan ICT Committee headed by the Minister of ICT Japan at that time. Druva, LogiNext, College Search, are some of the companies in which Vikram has angel funded.

After two years of launch, GHV is empowered with more than 200 Japanese corporates, 70 angels, 40 mentors, 11 startups with 25 entrepreneurs and 12 team members spread across India, Japan, and the US. The GHV Group’s target is to create strong, sustainable, and scalable businesses, employment for over 100,000 people in the next five years, and an economy of $3 Bn between the India and Japan venture space.

GHV’s unflinching focus on its core pillars, namely evaluation framework, international partnerships, India-based collaborations and mentor panel is the reason it has been able to nurture quality, result-oriented startups. The Indian entrepreneurial community too has benefitted from the accelerator programme which, in turn, has led to increased belief in the success and execution of more startups in the country.