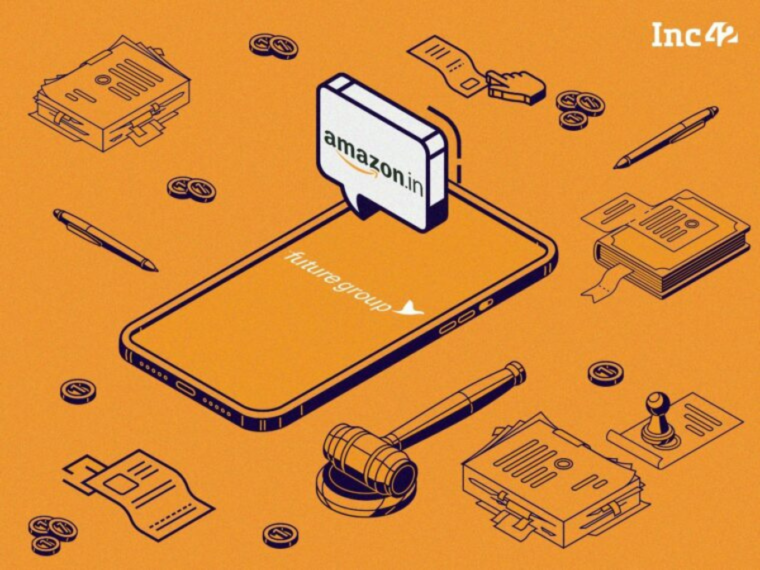 In a letter, Amazon claimed that Future Group’s fraudulent and malicious conduct deprived the ecommerce major of the ‘very substratum of its bonafide investment’

Abide by all the injunctions granted by the Singapore International Arbitration Centre (SIAC): Amazon to FRL.

Ecommerce giant Amazon has fired a fresh salvo at the Future Group, warning of action if it moves ahead with the sale of Future Retail Limited’s (FRL) assets to Reliance Retail.

In a letter, written on Tuesday (June 6) and seen by Business Standard, Amazon alleged that Future Group and its promoters “orchestrated and committed” a fraud.

The letter, which was addressed to founder Kishore Biyani and other promoters of Future Group, said that the US-based ecommerce giant is at liberty to take all action available in law to enforce valid, binding and subsisting injunctions against the Group.

Amazon also claimed that Future Group’s fraudulent and malicious conduct has deprived the ecommerce major of the ‘very substratum of its bonafide investment’, adding that the move amounts to fraud and malfeasance to gain undue advantage to FRL and Reliance Industries Ltd (RIL).

Amazon also called on FRL to abide by all the injunctions granted by the Singapore International Arbitration Centre (SIAC), warning it against proceeding with any transaction with RIL.

“Take note that any attempt to fraudulently or maliciously defeat and circumvent the binding injunctions contained in the EA (Emergency Arbitrator or the SIAC) order would render all parties, whether acting directly in directly, liable to actions or consequences in accordance with the law”, Amazon said.

Amazon also alleged that Future Group is planning to enter into a fresh commercial transaction with Reliance Retail for the sale of its logistics and supply chain business. The US-based ecommerce major also claimed that Reliance Retail took over 835 retail stores of Future for rental dues of INR 1,100 Cr, even though lenders had reportedly valued the business at INR 3,000 Cr.

Amazon also took potshots at Future Group’s management saying that it had offered financial assistance to the tune of INR 7,000 Cr to FRL to enable it to service its debt. However, the Group rejected the offers and entered into a framework agreement with RIL in April last year that mulled monetisation of retail stores.

“FRL on a spurious basis allowed termination of its leases which resulted in MDA (Mukesh Dhirubhai Ambani) Group taking over as many as 835 retail stores”, alleged Amazon.

What Is The Battle About?

At the heart of the dispute is the INR 24,713 Cr sale of Future Group’s retail assets to RIL which was announced in August of 2020. Amazon had claimed that due to its indirect stake in Future Retail, Future Group was prohibited from carrying out a transaction with Reliance.

The case dragged through multiple courts, including the Delhi High Court, the SIAC and even the Competition Commission of India (CCI). Despite multiple rounds of talks, the two sides have failed to come to a conclusion.

Amidst all this, it appeared that the two-year old corporate battle had come to an end after RIL called off the deal in April this year. However, Amazon alleged foul play, saying Future’s independent directors had ‘facilitated’ the transfer of 835 retail stores to RIL.

The Kishore Biyani-led company is currently saddled with a debt of more than INR 18,000 Cr including short-term and long-term loans.