The startup recently secured $1.5 Mn from North Base Media in its Series A round

According to NewsBytes' founder, any media company would be spending 10X more than what NewsByte spends on content production 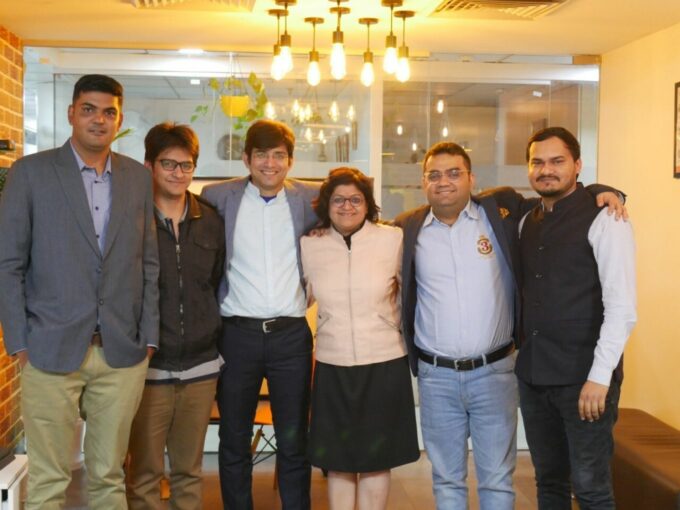 The internet is flooded with the news, primarily due to the large number of online publishers who joined the digital wave while traditional media players were learning the ropes of getting pageviews.

Pageviews, of course, are key metrics for any online publication. A lot of factors go into how many pageviews a publication gets. But once startups have established distribution, the big factor is quality news, original content in high volume. India’s digital news landscape is burgeoning by the day and joining the fray is Gurugram-based NewsBytes.

Founded in 2015 by Sumedh Chaudhry, Romesh Khaddar, and Shikha Chaudhry, NewsBytes started as a typical digital media house, but it soon realised that people need more context and this can be achieved by breaking down stories into different segments.

The startup has recently raised $1.5 Mn in its Series A round led by North Base Media along with the participation of JITO Angels and Powerhouse Ventures. German publishing firm Mueller Medien and GSF Accelerator have also invested in NewsBytes.

“We want to answer the initial questions that come in the minds of consumers after reading the headline of a news piece. We segregated all these bits and pieces of information into different cards that help readers get more context for a news story,” said cofounder Sumedh Chaudhry.

For NewsyBytes, breaking down stories was working well in the first few months. But soon it realised that though the quality of news is high, the number of stories published remained low. This had a direct impact on the number of page views as most referral partners such as third-party aggregators do look at the frequency of publishing when ranking sites.

At this point, NewsBytes had to focus on scaling up its model to take on the bigger digital news publishers. “We then started to invest in building an engine that can scale the news production while ensuring the quality. The idea was to create content with minimal human intervention,” Sumedh said.

Using natural language processing (NLP) technology, NewsBytes fed the engine with content modules that were aligned to its editorial policy. The modules help the engine understand how content needs to be broken down.

The team had to create various content modules for each category to maximise the coverage. “For instance, a content module built for cricket will not even create content for football. Once a module is built for a particular category then all the similar stories can be created with ease. Many modules were created to cover new categories such as technology, sports, politics, among others.,” Sumedh added.

Once the engine was developed, NewsBytes reduced the average turnaround time for stories to 7-15 minutes from the 90 minutes that a writer typically takes.

Human editors just have to pick a piece of news and feed it to the engine and select the right module to get the story out quickly. After the story is created by the machine, the person, usually an editor, gives a quick proof-read before publishing it.

Sumedh claimed that any media company would be spending 10X more than what NewsByte spends on content production. However, he affirms that there’s no investigative part related to the content. “We are not a media company, but a technology company which is in the field of media,” Sumedh said.

Currently, NewsBytes claims to have around 17 Mn monthly active users (MAUs) on its website and mobile application. The numbers spiked majorly due to the higher volume of content that helped it gain traffic on Google News and other aggregators.

Sumedh said that the startup hasn’t spent a single penny for digital marketing as all the traffic of the online platform comes organically. As of now, around 80% to 90% of the work is automated through the engine.

Besides writing news, the engine is also said to be capable of producing content. Seeing the opportunity in supporting content businesses through the current pandemic crisis, which has impacted the availability of resources, NewsBytes offered the engine to other companies that are facing difficulties in creating quality content at scale.

At the moment, it can create content such as food recipes, health tips, product description, etc. “With the current funding round, we’ll be focussing more on the SaaS side of the business,” Sumedh said about the early B2B response.

NewsBytes started to distribute licenses for its engine to customers in January. As of now, the startup is in talks with four more clients. Explaining the versatility of the engine, Sumedh said one customer is using it to create English learning content. Sumedh said that the engine is producing essays and random paragraphs for the learners.

NewsBytes expects B2B sales to bring in the major revenue for the company as many companies are looking to create content at scale. Sumedh said, “Most companies need content but writing, that too in scale, isn’t in their DNA.”