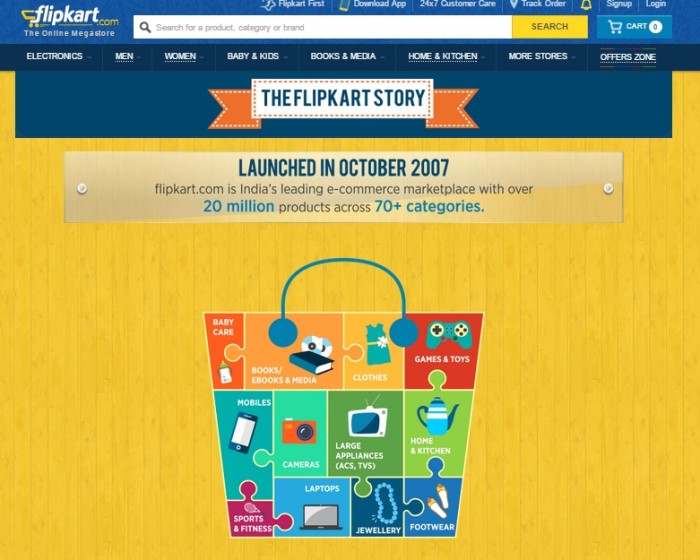 Flipkart, India’s first billion dollar company in Ecommerce, has decided to revamp its technology infrastructure by investing $10 Mn. The company will buy new servers from Dell to build a private cloud.

Flipkart has decided to scale up its infrastructure by buying higher-end servers from Dell. This is being considered as one of the largest server deals in India for 2014. The company is also looking to buy technology focused startups.

It is being assumed that the need to improve current IT infrastructure urged during the setback of Flipkart’s Big Billion Day sale for which founders Sachin Bansal and Binny Bansal had to make a public apologised. However, Flipkart and Dell declined to comment.

During the Big Billion sale, many customers faced issues like order cancellations after making payment, sudden changes in product prices and other few errors on the website.

The company has therefore decided to work towards building a robust private cloud by working with Dell.

“Technology plays an important role for Flipkart as it competes with Amazon,” said one of the person close to the development. “Unlike Amazon, running IT infra, IT infrastructure not just for itself but also for thousands of other companies, Flipkart has yet to build a strong technology platform that is reliable enough during peak seasons.”

Dell first signed up with the country’s largest online retailer to build a private cloud in February last year. However, following events such as the Big Billion Day sale and Xiaomi Mi3 flash sale, the current infrastructure was found to be inadequate to support the surge in traffic. The result was frequent outages and customers were unable to shop.