They pick products from a conveyor belt, scan them and drop them down a chute

According to Flipkart, this move will not have any affect the jobs of human workforce 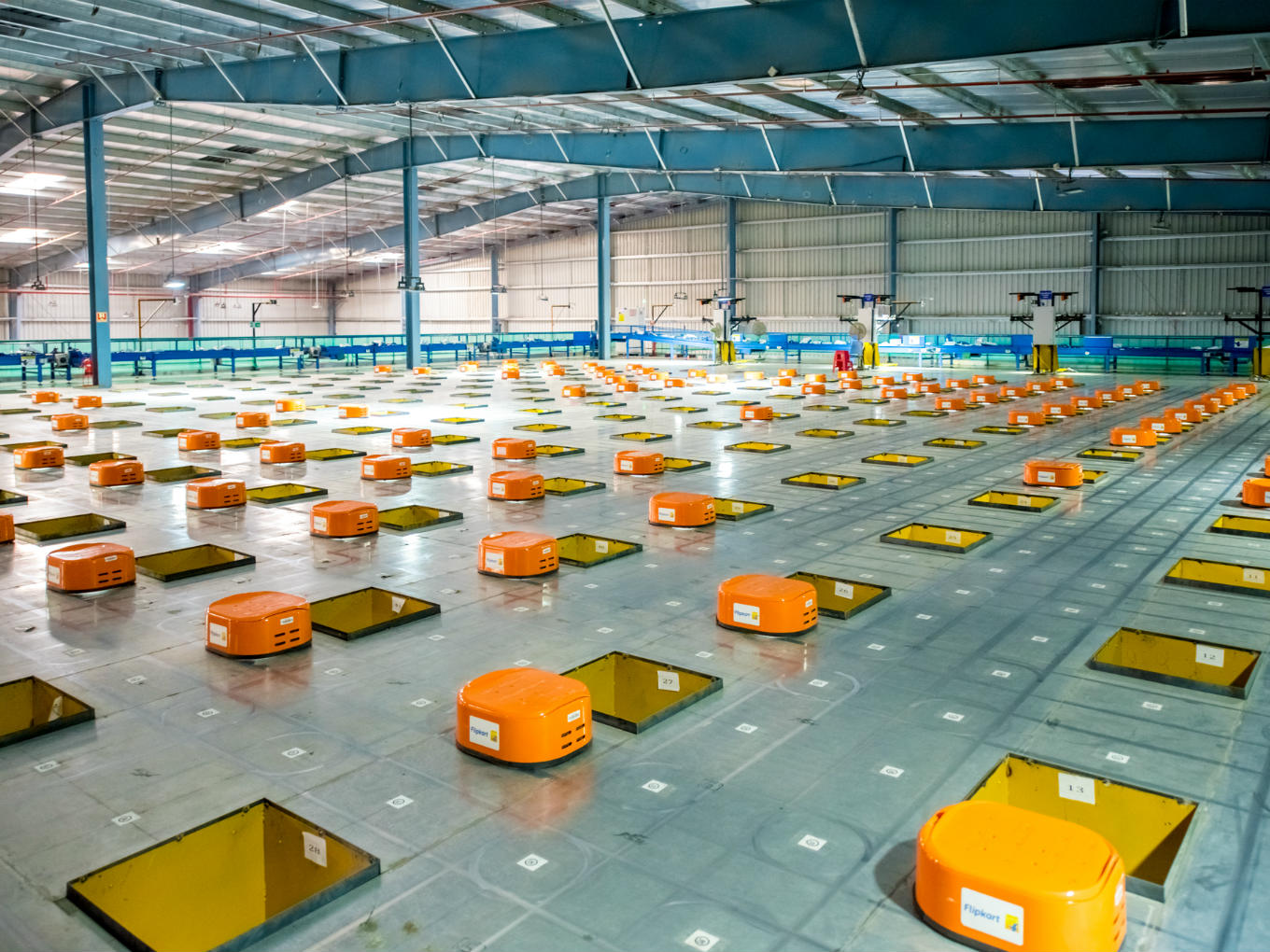 Walmart-owned Flipkart has deployed around 100 robots in one of its delivery hubs in the outskirts of Bengaluru to help sort packages and streamline its supply chain.

According to the company, the robots which are automated guided vehicles (AGVs), will be working in a tight grid and use collision avoidance technology to ensure free movement. It will be responsible for picking products from a conveyor belt, scan them and drop them down a chute which is assigned to a particular pin code.

As of now, Flipkart’s robots are able to sort nearly 4,500 packages in an hour which is reportedly ten times more than a single human would achieve at the same time. The product throughput can also be increased by five times with minimal increases in infrastructure and the addition of more robots.

Citing Pranav Saxena, VP of robotics and automation at eKart, an ET report said that the system was developed along with vendors. He also explained that the system would be beneficial for the Indian ecommerce market as the companies record a higher number of orders, especially during sale periods.

The company also has plans to deploy automated vehicles in other delivery hubs across the country. However, Flipkart has also ensured that this move will not cause a loss in jobs of the people. The company will instead increase the capabilities of its human workforce by getting more value-added work by them. In order to do this, Flipkart is already running reskilling programmes for its employees.

Flipkart may have been considering the move for some time now. In September 2018, Flipkart cofounder Binny Bansal had invested in warehousing automation and robotics startup GreyOrange.

The automation startup is responsible for handling warehousing for Flipkart, Jabong, Myntra and PepperFry. Around the same time, the startup had introduced AI-powered butler called PickPal, which is an automated picking system.

The development comes in at a time when Technavio’s analysts have predicted that the industrial automation and instrumentation market in India will grow at a CAGR of 6.85% during the period 2018-2022.

Flipkart rival Amazon has been using automation for both its warehouse and retail services. In June 2018, it was reported that Amazon had about 1 Lakh robots in its warehouses across the world.

The company uses the robots to carry the stock around the warehouse floors and group the individual items together for specific orders.

However, Amazon has not introduced the robot in its Indian warehouse as the centres are smaller in comparison to its centres in US, thus avoiding the need to automate them.