Post acquisition, it will be a wholly-owned subsidiary of Razorpay

Razorpay is a digital payments solution for businesses, with clients such as IRCTC, Swiggy and more 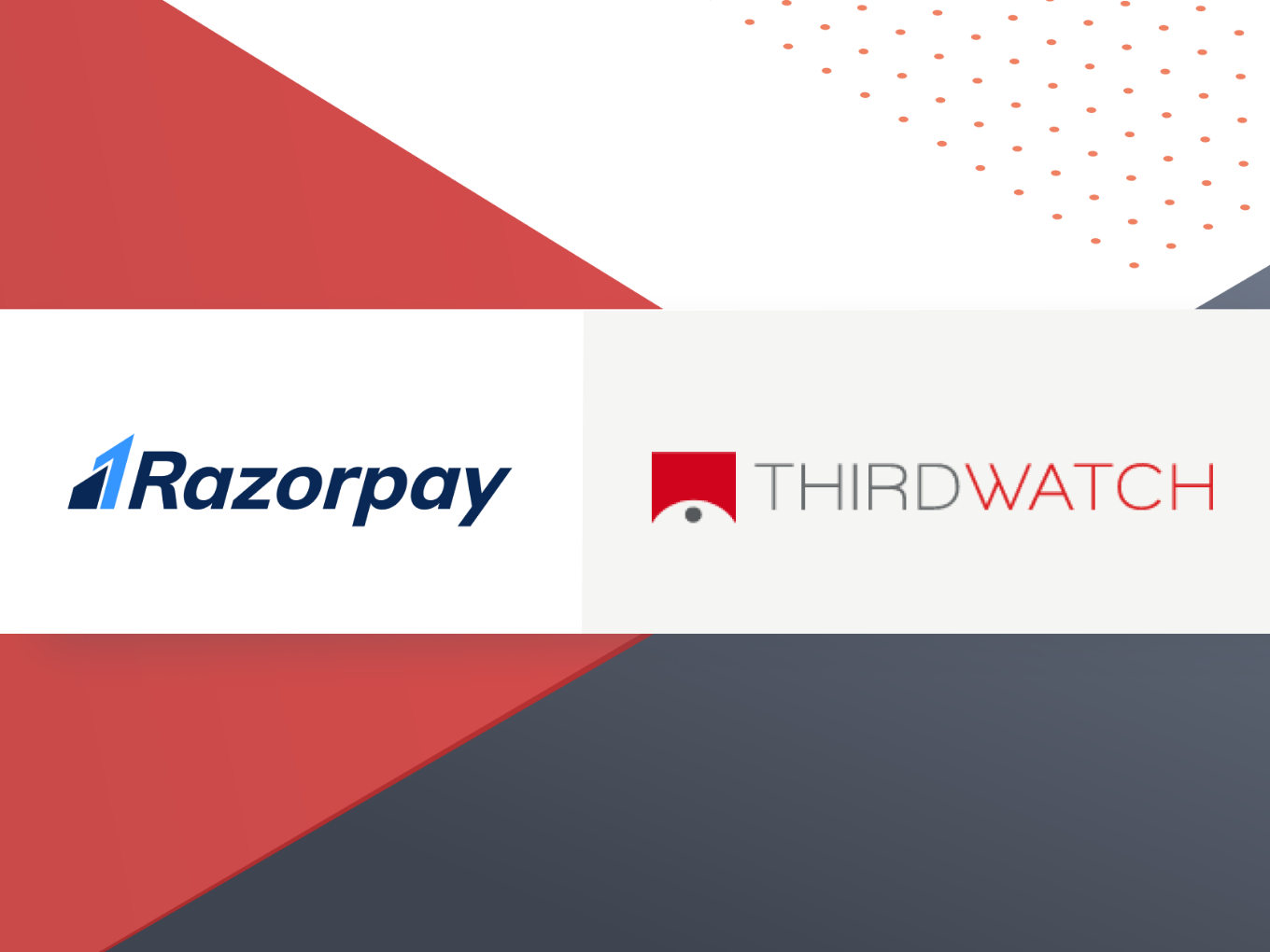 Post acquisition, Thirdwatch will now be a wholly-owned subsidiary of Razorpay will be based at the company’s headquarters in Bengaluru. This deal is said to augment Razorpay’s efforts at improving payment experience and avoid fraudulent transactions with the help of AI, machine learning and big data.

Commenting on the acquisition, Harshil Mathur, CEO and cofounder of Razorpay said, “Fraud has been the albatross around ecommerce companies’ necks for the longest time and we believe through this acquisition we will empower businesses across industries to digitally transform and disrupt, by improving their response and redressal mechanisms of combating fraud.”

Further, Shashank Agarwal, founder of Thirdwatch said, “Most of the ecommerce companies’ systems frequently fail while identifying fraudulent patterns and therefore not capable of differentiating between genuine customers and fraudsters. There is a dire need for a data driven solution to help identify these patterns and reduce losses of any kind, to help the marketplace function at an optimal level.”

Thirdwatch claims that its AI platform helps online sellers to increase their bottom-line by expanding their geographical reach without worrying about the Return-to-Origin (RTO) losses.

With the rise in digital transactions and their increased reach in the country, cyber frauds at banks have also hiked. According to a report by the Reserve Bank of India (RBI), 2,059 cyber fraud cases were reported in 2017-18 with a total worth of INR 109.6 Cr. The number of cyber fraud cases in 2016-17 was 1,372 costing a total of INR 42.3 Cr.

The share of cyber frauds is bigger than all other types of bank fraud. A total of 5,917 bank frauds were reported last year and about 33% of these cases were cyber frauds.

Founded by Shashank Kumar and Harshil Mathur in 2014, Bengaluru-based Razorpay is a payments solutions platform claiming to have over 350K businesses using its service. The company has raised over $106.5 Mn in total funding till now, from investors such as Tiger Global, Matrix Partners, YCombinator, MasterCard,  Sequoia India and Ribbit Capital.

Further, around 33 angel investors including founders of Snapdeal, InMobi and Freecharge, Visa’s Global Head of Strategy, Flipkart ex-CPO Punit Soni have also invested in the company.

Razorpay claims to have grown 500% in the last one year. Some of its notable clients include IRCTC, Airtel, BookMyShow, Zomato, Swiggy, Yatra and Zerodha, among others. Also, the company expects a 5x growth in its revenue by the end of the next fiscal year.