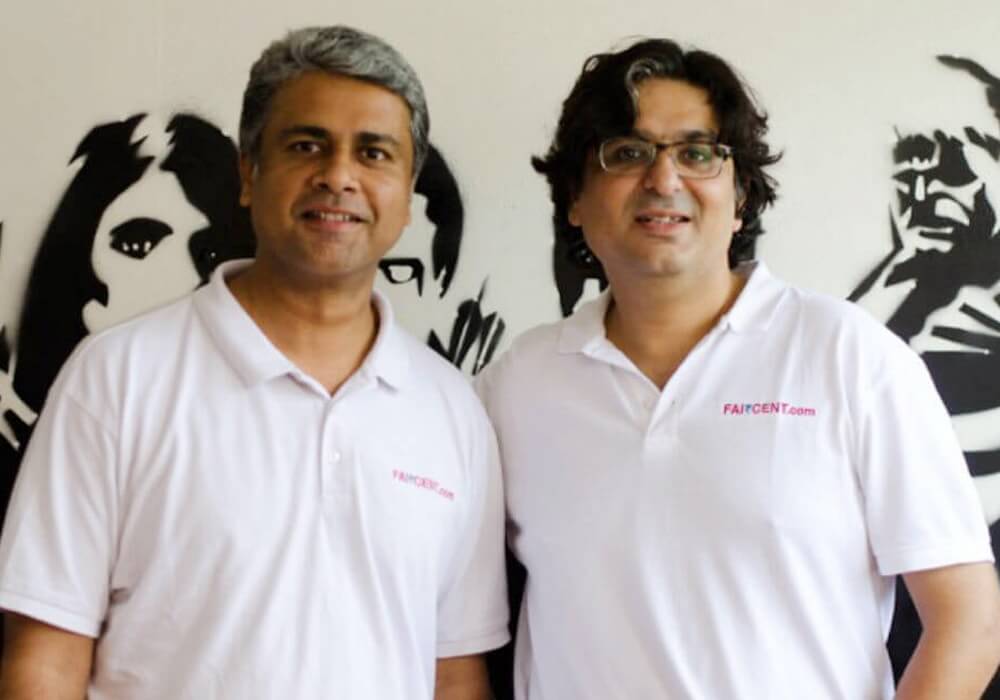 The accreditation makes Faircent the first P2P lending platform in the country to receive the certificate of registration as an NBFC-P2P by the national regulator.

Commenting on the development, Rajat Gandhi, founder and CEO, Faircent.com, said, “To be the first player in the sector to receive an NBFC-P2P certification from the RBI is a very significant milestone for us at Faircent.com. This development further bolsters our resolve to take financial inclusion to every last Indian through technology and to address the country’s credit deficit with our innovative tech-led offerings.”

Founded by Rajat Gandhi and Vinay Mathews in 2014, P2P lending startup Faircent provides a platform where people who have spare money can lend it directly to people who want to borrow, thereby eliminating intermediaries and the margins they used to make.

Mathews, Founder and COO, Faircent.com, said, “The RBI certification is a regulatory validation of our business model and tech-led approach, and adds immense credibility to our operations.”

Faircent offers tools such as Auto Invest feature, a fully-automated feature that matches a lender’s investment criteria with the borrower’s requirements and automatically sends proposals to the borrower on behalf of the lender, based on pre-selected lending criteria such as loan tenure, amount, and risk profile.

Recently, the startup, under the trusteeship of IDBI, created an Escrow account for its lenders to help in faster and smoother flow of funds, enabling them to make greater returns on their investments.

The Indian P2P lending industry witnessed a sudden boom in 2017, facilitated by the fintech revolution.

Recently, reports surfaced that digital payments giant Paytm is in the process of seeking a licence from the RBI to operate a P2P lending platform. Paytm is aiming to leverage its base of 7 Mn offline merchants to gain a stronghold in the country’s P2P lending landscape.

In January, a number of these platforms came together to form the Association of P2P Lending Platforms. Headed by i-Lend founder Shankar Vaddadi, with Faircent’s Mathews as vice-president, the association will work in conjunction with the government and regulatory authorities on matters of compliance in P2P lending. Ultimately, the objective is to promote the cause of financial inclusion in the country.

Earlier in October 2017, the RBI released a list of directives pertaining to the registration and operation of NBFC-P2Ps in a draft entitled Non-Banking Financial Company – Peer to Peer Lending Platform (Reserve Bank) Directions, 2017.

In its new guidelines, the RBI mandated a $307K (INR 2 Cr) capital requirement for all P2P lending companies in a bid to ensure that lending platforms have enough “economic skin” in the game. Additionally, these companies must ensure that the aggregate exposure of a lender to all borrowers at any point in time across all P2Ps does not exceed $15,351 (INR 10 Lakh).

Similarly, the country’s central banking institution also placed a cap of $15,351 (INR 10 Lakh) on the total amount that can be borrowed at any point in time across all P2Ps. Further, a single investor is allowed to lend only $767.5 (INR 50,000) at a time.

The Indian P2P lending space is relatively young compared to established markets in China, the US, and Europe.

However, the growing proliferation of digital transactions, recent fintech innovations, and increasing demand for affordable credit has given a major push to the segment. With Faircent receiving the RBI’s nod for NBFC-P2P lending, other startups like Finzy are also in line for the approval.