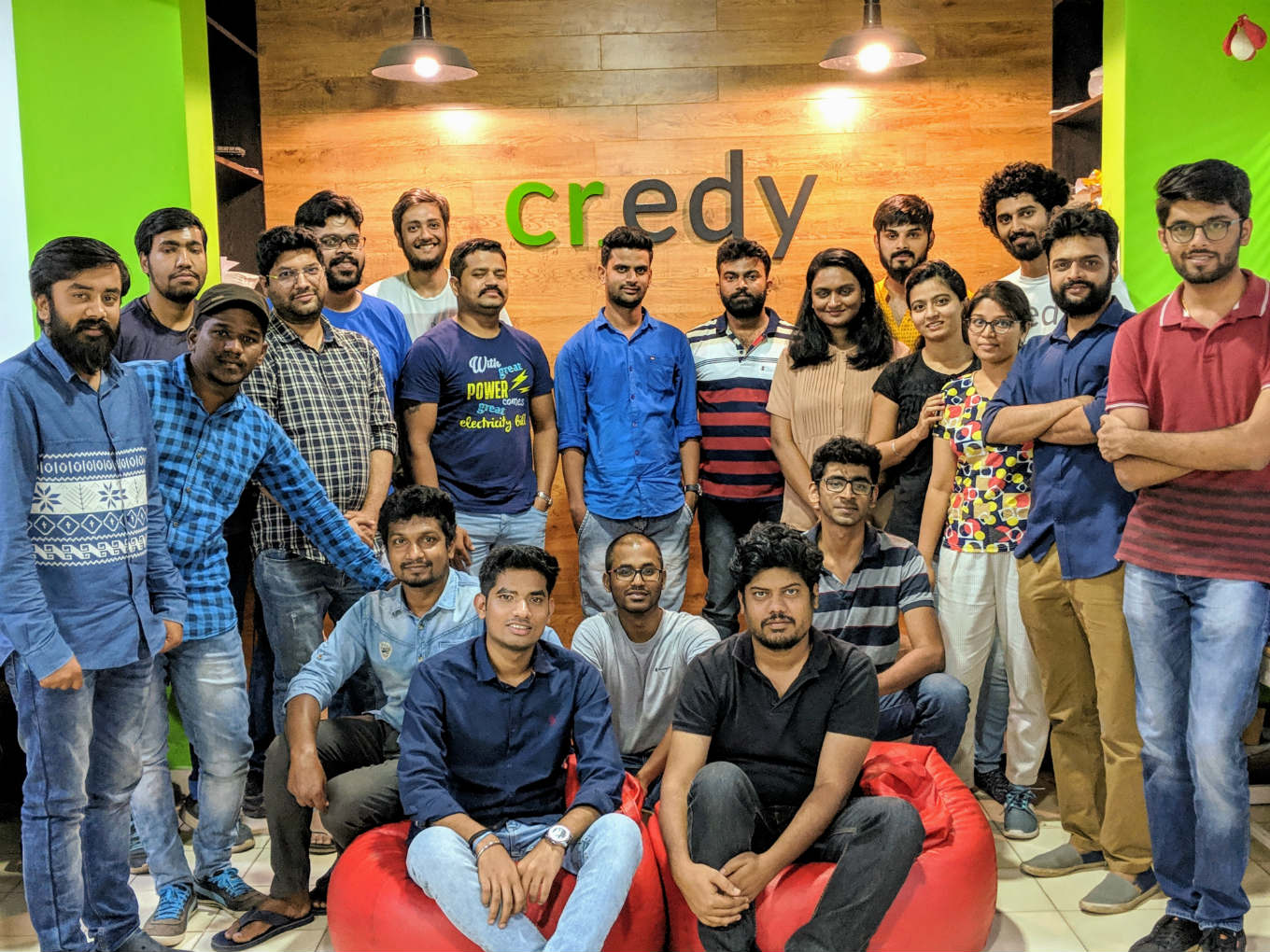 Some of the existing investors also invested in the round

MAS Finance provided the debt to Credy in the round

The funds will be used for growing loan book and expansion

Bengaluru-based full-stack consumer lending company Credy has raised an undisclosed amount in a Pre-Series A round of funding, Pratish Gandhi, cofounder of Credy told Inc42.

The company has raised funds with a mix of equity and debt financing. The debt part of it comes from an Ahmedabad-based non-banking financial company MAS Finance, while some of the existing investors participated in the equity funding round.

This is the third round of funding raised by the startup since its launch in 2017. So far, it has raised a total of $1.5 Mn from investors such as Y Combinator, Khosla Ventures, Vy Capital, and other angels. The startup was also part of Y Combinator’s 2017 Winter batch.

Kamlesh Gandhi, founder of MAS Finance said, “We are impressed by Credy’s understanding of keeping fundamentals of credit delivery and risk management intact. Their intent of using technology extensively will be a very strong enabler to build their distribution in a cost optimised way with a hybrid mix of online and offline process.”

With a team of 30, the company has forged a lending partnership with Fullerton India, MAS Finance and two other lenders. With an instant approval facility of credit to bank in 48 hours, Credy’s unique offerings include refinancing of credit bills and school fees financing.

As part of school fees financing, Credy lets customers convert large school, college or coaching fees into EMIs. It also gives options to renew the loan, but only if the customer has paid at least half the number of EMIs of the previous loan. These loans are available in Bengaluru, Hyderabad, Chennai, Mumbai, Nagpur and Pune.

With the option of refinancing credit card bills, a customer can convert bills of multiple cards into easy EMIs.

The company also offers customisation for end users, which includes 0% EMI. Gandhi explained that under this, the customer doesn’t pay any interest. The customer only pays back the principal and the interest is borne by the merchant.

Gandhi told Inc42 that the company grew over 11x 2018 and is an operationally profitable business with a positive asset-liability profile.

“We target to keep growing at 15-20% MoM in FY19-20, and launch our operations in more locations, like Coimbatore, Nagpur, Ahmedabad etc,” Gandhi shared.

Talking about the company’s challenges, Gandhi said that two major challenges for the success of consumer lending business are good risk management and effective customer acquisition.

The company has separate strategies on two fronts:

The company said 66% of its loans have crossed 50% of their repayment cycle.

As a consumption driven economy, India has been growing economically as more than 500 Mn Indians get online and digitisation of services becomes the new normal.

Even though India has struggled to be a credit favouring company, digital access has given an edge to fintech startups. It has helped them reach remote areas and enable lending, payments etc.  For the Indians who have till now largely depended on the banks and moneylenders for emergency loans consumer lending startups have brought a fresh wave of digital banking options in the country.

A 2018 BCG report says that the country’s digital lending market has the potential to become a $1 Tn (INR 71 Lakh Cr) opportunity in the next five years. Of this, personal lending is estimated to grow to a $50 Bn market, growing at a rate of 30% every year.

The report further noted that an increasing number of Fintech firms are tying up with merchants and service providers to provide affordable financing options at the point of sale. Niche products are being developed in conjunction with these merchants, utilizing customers’ transactions histories and other available data points to evaluate their credit worthiness.

Along the lines of digital lending, players such as ZestMoney, AyeFinance etc have been providing loans to B2B and B2C loans i.e. to SMEs as well as individuals while players such as LoanTap, EarlySalary, Qbera, PaySense, i2iFunding etc enable B2C i.e. customer loans.

In January, Pune-based online lending startup LoanTap raised $8 Mn (INR 57.9 Cr) from a combination of debt and equity for its fifth funding round which was led by early stage venture capital fund 3one4 Capital. Prior to this, in July 2018, Mumbai-based fintech company PaySense raised $18 Mn in its Series B round of funding led by Naspers-promoted payments provider PayU, after selling an undisclosed stake.

Talking about the market, Gandhi said, “The NBFC sector has gone through a liquidity crisis over the last 6-8 months. However, we see the supply lines are opening up – we are seeing more deals being done in this space.”

Further, Inc42 DataLabs noted that lending tech is gaining ground and became the third most significant sectors in terms of funding with LendingKart securing $87 Mn and Incred securing $41.9 Mn in the round.

As the market gets increasing traction and Indians to become less averse to taking loans,  consumer lending is gradually becoming an important sector in overall fintech space. As consumer lending startups look to support unmet financial needs, risk management and trust factor to be a major challenge for the tech-enabled platforms.