Exclusive: Healthians To Raise $54 Mn In Funding From WestBridge, Trifecta

Exclusive: Healthians To Raise $54 Mn In Funding From WestBridge, Trifecta

The round further expects to see participation from Trifecta Capital, Konark Trust and MMPL

Healthians claims it’s presence in more than 140 cities across India, with more than 800 phlebotomists and over 2 Mn satisfied customers. 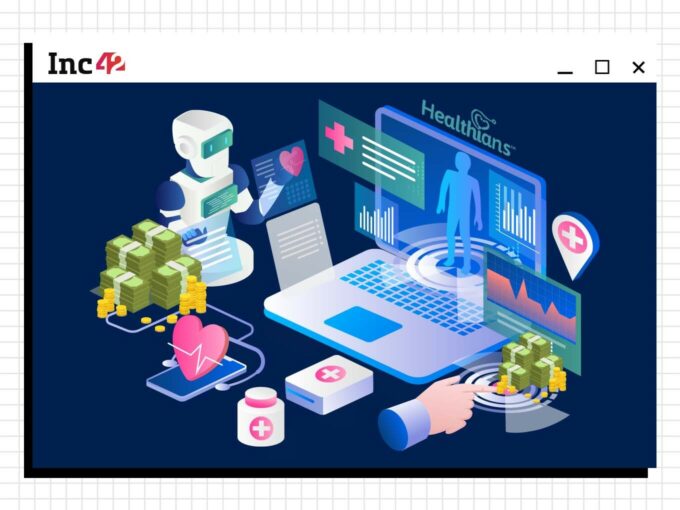 Gurugram-based healthtech startup Healthians is going to raise close to $54 Mn (INR 403 Cr) in a fresh funding round led by WestBridge Capital.

The fresh round of funding which seems to be Healthians’ Series C round may also see participation from Trifecta Capital, Konark Trust and MMPL at a valuation of $300 Mn.

As per the latest regulatory filings, Healthians has issued 1,93,535 Series C CCPS to these four investors. The fresh capital will be utilised for business expansion, the filing said.

This development comes almost two years after it had raised $12 Mn in Series B round led by Japan-based DG Incubation and DG Daiwa Ventures. Other investors included in the funding round were Kotak PE, Trifecta, Tokio Marine and Singapore-based fund Mistletoe.

In 2016, Healthains had raised $3 Mn in its Series A round from BEENEXT. The startup also counts Yuvraj Singh’s YouWeCan amongst its investors.

Founded in 2015 by Deepak Sahni, Healthians is a Gurugram-based healthtech startup that offers full body checkup packages to its customers. As per its website, the startup offers free and on-time sample collection, free doctor and diet consultations. It claims it’s presence in over 140 cities across India, with more than 800 phlebotomists and more than 2 Mn satisfied customers.

Healthians competes against the likes of Tata-backed 1MG, Reliance acquired Netmeds, IPO-bound PharmEasy, and Medibuddy among others.

In the last one year, India witnessed the entry of four healthtech startups in the unicorn club. Names including Innovaccer, PharmEasy, Cultfit, and Pristyn Care made their entry into the unicorn category of startups.