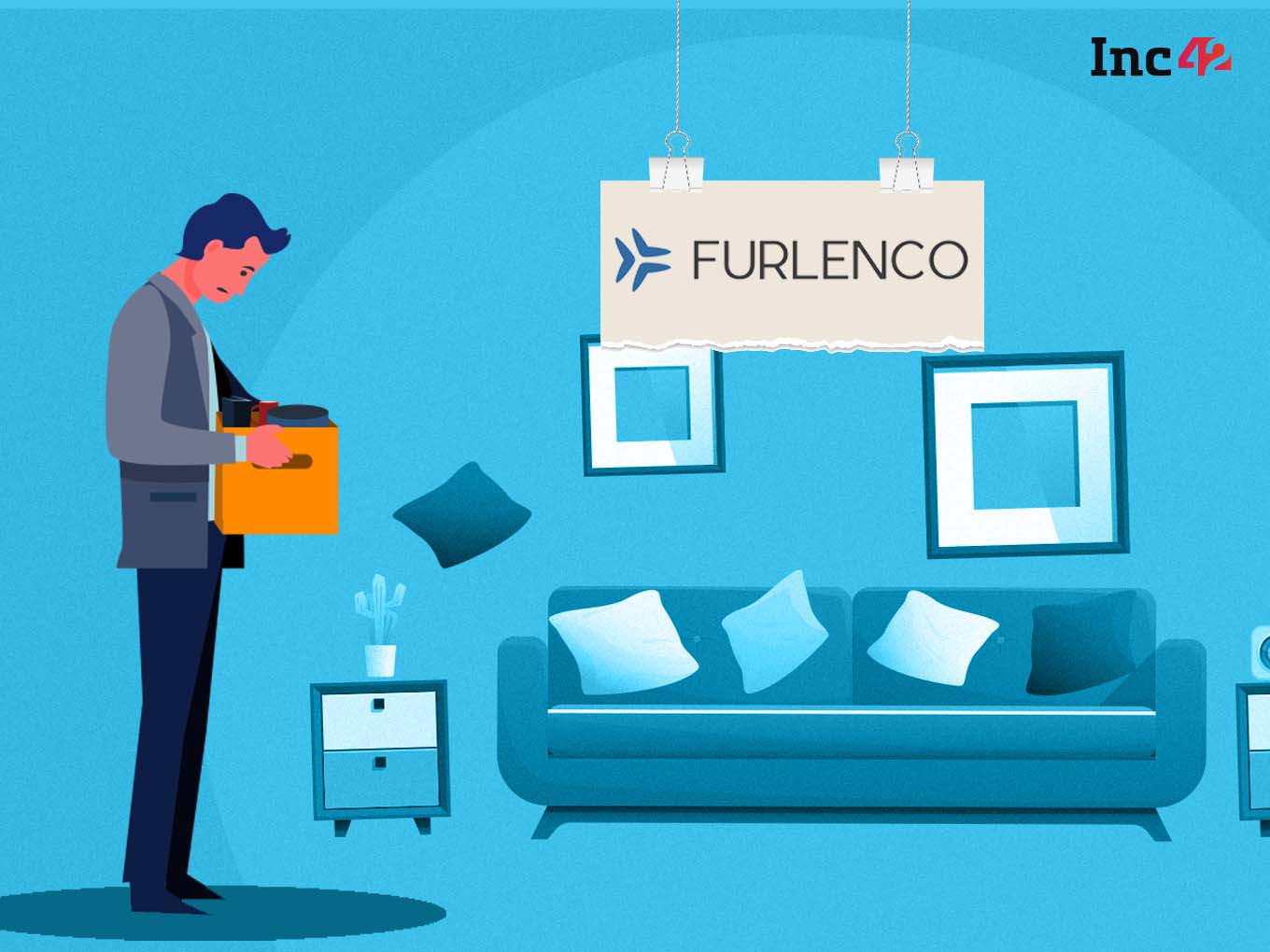 Around 95% of the laid off employees were involved in customer facing roles, founder Ajith Karimpana said

Bengaluru-based furniture startup Furlenco has laid off around 180 employees as it looks to cut costs. According to several employees, Inc42 spoke to, these layoffs are in line with the startup’s plans to attain profitability ahead of a public offering.

Ajith Karimpana, the founder and CEO of House of Kieraya, which houses three brands Furlenco, Furbicle, and ULMTD, told Inc42 that the startup had to part ways with some employees. Around 95% of the laid off employees were in customer-facing roles which include customer support and other similar roles.

The startup claims to have extended medical coverage for the impacted employees. Karimpana added that the company has made a major shift from telephone-based orders to app-based orders, which required downsizing of certain functions.

People impacted in the layoffs said that it caught them off guard as the startup had raised close to $165 Mn in funding last year alone. “I was assuming it would be an appraisal call when my manager asked me to join a video call. However, within a couple of seconds, I was informed that I have been fired,” said one of the laid off employees, who is currently looking for a job.

The person added that when asked about the reason for layoffs, he was told that while his performance was fine, Furlenco is changing its business model and plans. “That was not a satisfactory response to make peace with, especially when you are fired,” the person added.

Minutes after the call, his access to email and the files were revoked. “How would I hand over to any other person when I leave, if I can’t access my mails? This will further complicate things,” he added.

According to another employee, in early January, Karimpana led a town hall meeting with more than 300 employees, none of whom were impacted in the current layoffs. At the time, Karimpana told the group about the layoffs and that he was upset about letting people go.

“He said that company has been doing good, but was not making any profit. This is why they had to cut corners,” said a source who was present at this town hall meeting.

According to the source, Karimpana stressed that House of Kieraya will become a tech-driven startup, which would help the startup cut costs and achieve profitability. The repeated use of ‘tech-driven and automation’ in this address had created a tense atmosphere among the employees present, who feared that they might be axed too.

Karimpana is said to have claimed that the company will achieve profitability before its aim of going public by the end of 2022.

A spokesperson for the parent company House of Kieraya said, “HoK has already taken the required steps towards a complete automation outlook. Which means that, here, with every customer-centric process, we are moving to a customer DIY-UT (Do-It-yourself-using-tech) model and internal process controlled by a world-class ERP.”

Karimpana also told us that the startup will focus more on tech hiring and plans to expand the technology team from 75 people to 100. According to another source, the startup is said to have even shut its operations in a few cities including Kolkata.

The company spokesperson confirmed the closure of operations in Kolkata. “As we are on the path of profitability,  few centers have been temporarily paused. However, we will be back soon.”

In 2020, the founder had claimed that the startup was already operationally profitable and was on track to become fully profitable by 2022. “When the startup received their $140 Mn in July and then another $15 Mn, the head count doubled to 500 employees. This gave us confidence that things were sailing smooth,” reasoned one of the sources quoted above.

Founded in 2015, Furlenco started off as a furniture rental startup competing against the likes of Rentomojo, Rentickle among others. Last year, the startup launched an umbrella entity called House of Kieraya,  which now houses Furlenco, as well as Furbicle, which is the furniture recommerce vertical.

The startup last year launched Prava and said it aims to attain INR 100 Cr in gross merchandise value in one year. It had also launched an annual subscription service UNLMTD around the same time. One of the persons quoted above said that the House of Kieraya has plans to launch more brands in the coming days.

Last year, Furlenco had secured $140 Mn in a Series D round and then in August it raised another $15 Mn. To date, the company has raised close to $176 Mn in a mix of debt and equity rounds. The company is backed by investors such as Zinnia Global Fund, CE-Ventures, Lightbox, Blacksoil, TradeCred, among others.

In FY21 Furlenco saw INR 88.3 Cr in revenue, with a loss of INR 86.9 Cr, which is worse than how it performed in FY20. Much of it is due to the fact that it has not been able to boost its revenue while the expenses have more or less remained stable in the past couple of fiscal years.

The Path To Profitability

On the back of the recent changes, the startup is aiming to become profitable in the next six months. Karimpana claimed the company has touched INR 200 Cr in revenue for FY22. He further added that the startup is growing at 100% in terms of revenue on a year-on-year basis.

Whether this is enough for the company to reach profitability is yet to be determined. But Furlenco would have surely reduced its employee costs in the overall expenses with this downsizing. The company’s plans to launch new verticals, though, is likely to see it incur higher marketing expenses. This could impact the path to profitability.

Another important factor here is clarity in the business model, which is paramount for public markets, if Furlenco is serious about the IPO. We have already seen giants like Paytm grapple with some of these issues.

Given that it has three separate funnels currently for Furlenco, Furbicle, and UNLMTD, the company would need to streamline its acquisition pipeline such that it fits into these various verticals and any others it adds in the future.