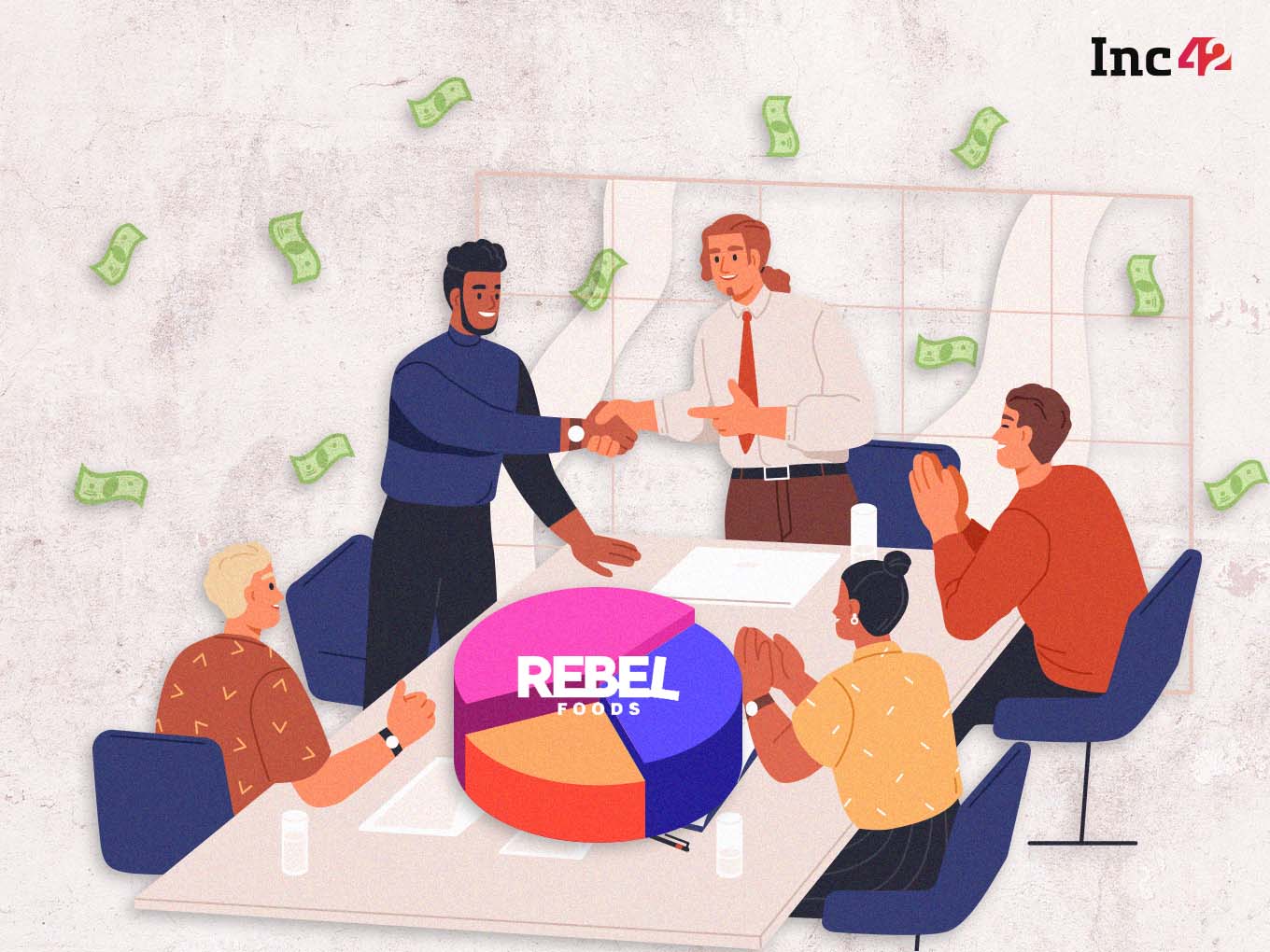 Rebel Foods’ former and current employees will be participating in this ESOP buyback, the company’s latest RoC filings revealed.

As per the recent resolution passed by the shareholders of Rebel Foods, the startup will be buying back 7,270 equity shares from its employees at a price of INR 86,019 per share.

ESOPs buyback is a practice undertaken by startups across the world for two major reasons. One is to create wealth opportunities for its employees, and secondly to increase its share pool in order to raise a fresh round of investment.

However, it is still unclear how many employees have benefited from this ESOPs buyback exercise.

Founded in 2011 by Jaydeep Barman and Kallol Banerjee, Rebel Foods is the parent company of cloud kitchens such as Faasos, Behrouz Biryani, Ovenstory Pizza, Mandarin Oak, The Good Bowl, SLAY Coffee, Sweet Truth, among others.

Rebel Foods had entered the unicorn club last year after raising $175 Mn in its Series F funding round. The round was led by Qatar Investment Authority (QIA) in participation with Coatue and Evolvence. The round helped Rebel’s valuation soar to $1.4 Bn.

The foodtech unicorn has earmarked $150 Mn for strategic investments, brand acquisitions and to expand its footprints to foreign countries.

Rebel Foods claims to be moving towards profitability with annual run rate (ARR) sales of $150 Mn, growing 100% year-on-year (y-o-y). It is further eyeing an IPO in the next 18-24 months.

As of March 5th 2022, Indian startup employees have already made $53 Mn through ESOP buybacks.

Some of the major ESOP buybacks announced by Indian startups in 2022 include: