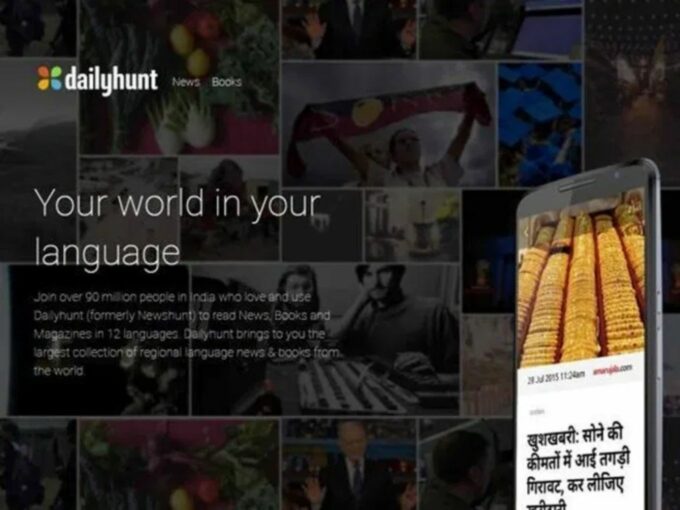 Bengaluru-headquartered news aggregator Dailyhunt has raised INR 180 Cr in its Series G funding round led by Falcon Edge. Advent Capital Management also participated in the funding round along with the participation of existing investors including Chinese tech giant ByteDance and Goldman Sachs.

According to the ministry of corporate affairs (MCA) filings accessed by Inc42, Dailyhunt has raised INR 71.85 Cr from Falcon Edge while ByteDance, Goldman Sachs, and Sofina invested INR 35.92 Cr each.

As part of the transaction, Dailyhunt issued 55,294 shares to Falcon Edge. ByteDance, Goldman Sachs, and Sofina acquired 27,647 shares from Dailyhunt at a price of INR 12,965 with a nominal price of INR 30.

For Dailyhunt, the funds have come after months of discussions with multiple investors. Previously, reports had surfaced that the company was raising $100 Mn in a funding round from Masayoshi Son-led SoftBank.

In 2009, ex-Nokia employees Umesh Kulkarni and Chandrashekhar Sohoni had launched an online news aggregator platform NewsHunt which was acquired by Verse in 2012. In 2015, NewsHunt was rebranded to what is known as DailyHunt now.

The online platform pulls out news and local language from other online news and media platforms. The Dailyhunt app, which is available in over 14 languages, has been downloaded over 155 Mn times on the Google Play Store. The platform gets news and media content from over 1300 publication partners, with over 263 Mn monthly active users across all platforms, and 208 Mn monthly active users on the mobile app.

Prior to this Dailyhunt had raised $24.95 Mn (INR 176.6 Cr) in a Series F funding round from Stonebridge Capital, Goldman Sachs, Bytedance, Sofian, among others. Last year, it also acquihired image translator firm ImageTranslate to enrich vernacular content with better design and graphics.

Although a bit late but the funding for Dailyhunt has come at an opportune time as digital media platforms are witnessing a surge amid lockdown. The funding might help the startup to leverage this opportunity and grow its user base further.

According to a Boston Consulting Group (BCG) and Confederation of Indian Industry (CII) report, India’s digital media and entertainment market are expected to reach INR 500K Cr by 2025, growing at a compound annual growth rate of 13-16%.

In the niche news aggregation segment of the digital media and entertainment industry, NewsHunt competes against the likes of Tencent-backed NewsDog, Alibaba’s UC News, Inshorts, among others.