EV Prices To Be At Par With Petrol Vehicles Within A Year: Nitin Gadkari 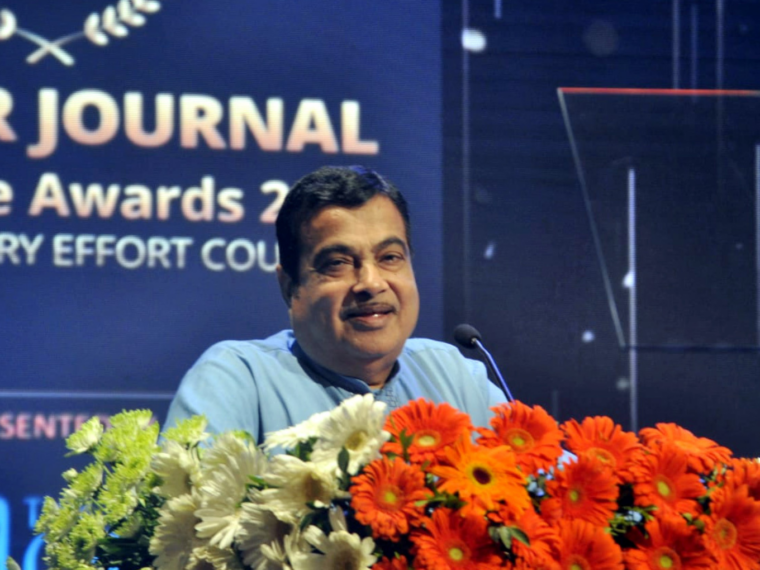 Taking a dig at Tesla, Gadkari said if companies want to sell in India, they should manufacture in India

Union Transport Minister Nitin Gadkari on Friday (June 17) said that the price of electric vehicles (EV) would be at par with petrol vehicles within a year.

“I am trying…within one year, the cost of electric vehicles will be equivalent to the cost of petrol vehicles in the country…This will enable us to save money spent on fossil fuels,” Gadkari said while addressing an event organised by a TV channel.

He also reiterated that the government was looking to strengthen its efforts to further promote green fuels in a big way.

At a separate event organised by the Society of Automotive Engineers (SAE) India on Saturday, Gadkari lauded Indian EV players. He also exuded confidence that Indian companies would make better EV vehicles than their counterparts in the US and the world in future.

In a veiled dig at Tesla, Gadkari said it was not agreeable to the government that a company would manufacture in China and sell their products in India.

“Most automobile brands have a presence in India, barring a few. We have no problem with that. It was not agreeable to us that you would manufacture in China and sell here. If you want to sell in India, then you need to manufacture in India,” added Gadkari

The retort comes weeks after Tesla boss Elon Musk tweeted that the EV automaker would not manufacture in a country where it is not allowed to sell cars, hinting at India.

The minister’s comments come at a time when the EV space is witnessing a major churn. Recent fire incidents involving two-wheeler EVs have raised questions about the safety of these vehicles.

This has also hit the demand for such vehicles. The sales of two-wheeler EV slumped 20% month-on-month (MoM) in May this year, pointing to a sluggish demand amid a global supply chain crisis for EV batteries and fire incidents.

The government is now preparing to lay down standards through the Bureau of Indian Standards (BIS) for EV batteries.

Amidst all this, the industry continues to gear up for mass adoption. According to a report by management company Arthur D Little, India stood at the eleventh position on the global EV adoption index. More than 30% of vehicles sold in India would be EV by 2030, added the report.

The government is also making efforts to fasten the adoption of EVs. Many states have unveiled EV policies and announced subsidies to woo customers to make the switch to EVs.

EV startups are also mushrooming across the country. According to a report, the Indian EV ecosystem may see investments of $12.6 Bn being poured into the sector over the next five years.

In May, Swiss company ABB increased its stake in Bengaluru-based charging solutions startup Numocity to 72%. Prior to that, EV startup BluSmart raised $25 Mn as part of  its Series A1 funding round led by BP Ventures and Green Frontier Capital. Jindal Mobilitric also marked its foray in the EV segment with the acquisition of Mumbai-based Earth Energy EV.