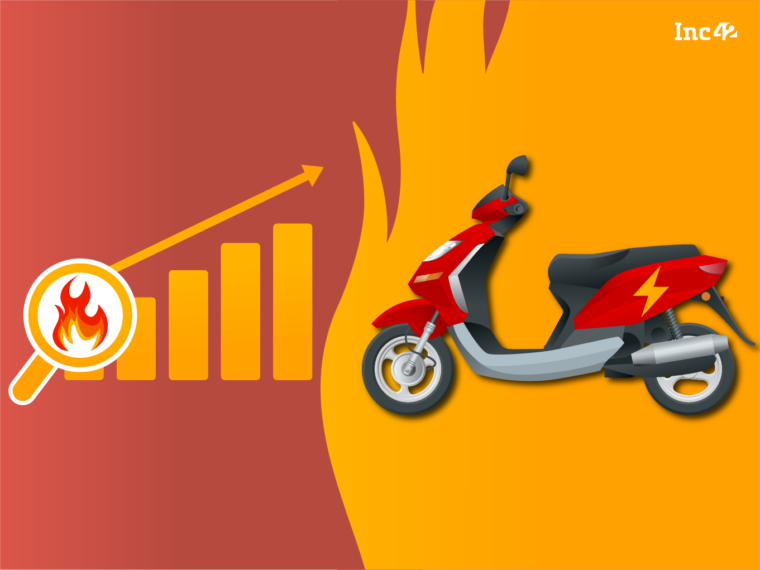 According to a report and a social media post, a Photon escooter manufactured by Hero Electric was charred after it caught fire in Odhisa

However, Hero Electric said a short circuit at the socket where the vehicle was being charged is suspected to be behind the incident

In another incident, as per an unverified tweet, Ampere Electric Vehicles’ Magnus EX exploded

Electric vehicles (EVs) of Hero Electric and Ampere Electric Vehicles have joined the long list of companies whose EVs have caught fire this summer in the country.

According to a report and a social media post, a Photon escooter manufactured by Hero Electric was charred after it caught fire in Odhisa. However, the company attributed the fire to a short circuit at the socket where the escooter was being charged overnight. 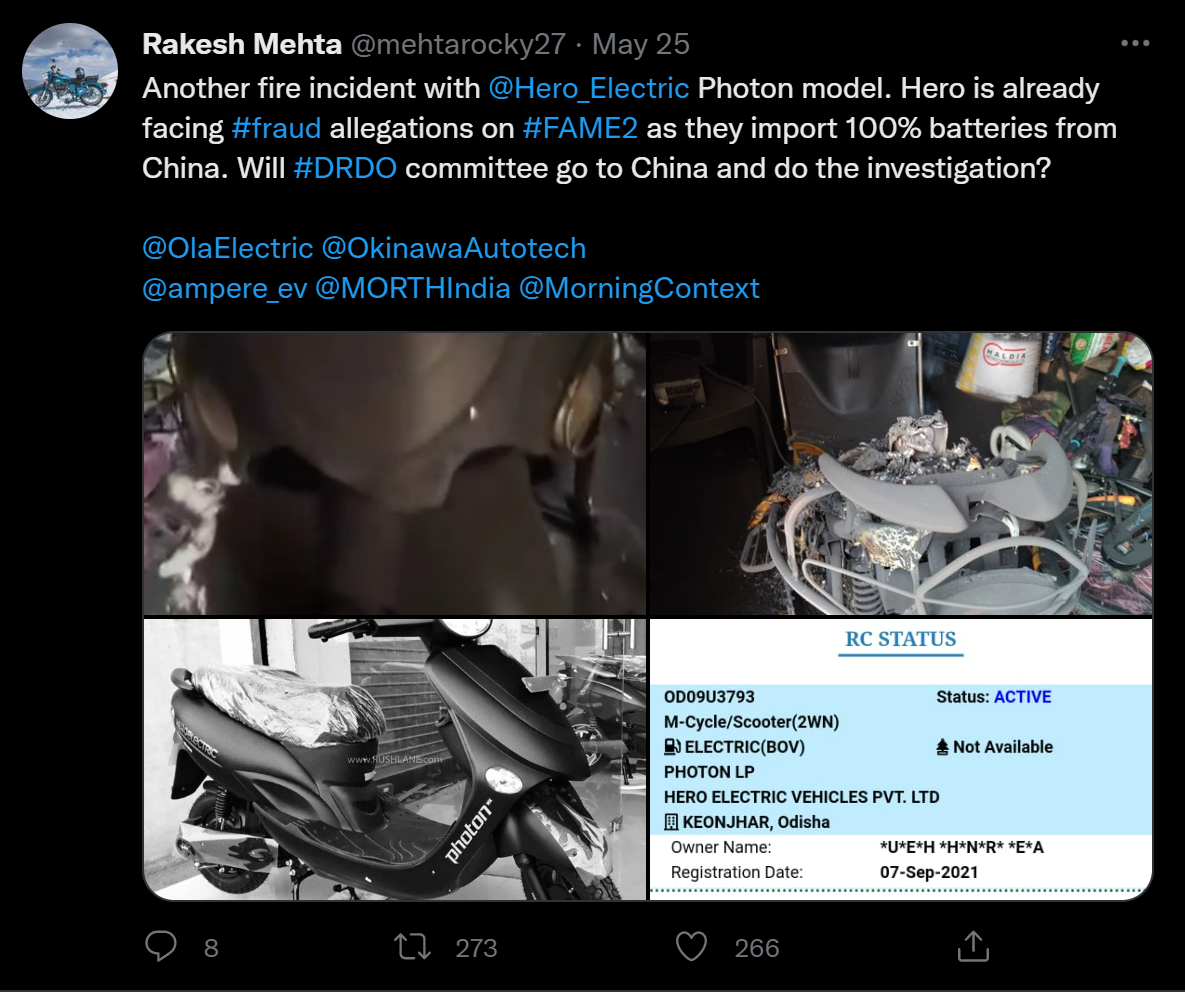 In a statement, Hero Electric said that when the company contacted the customer, he explained that he heard abnormal cracking sounds and discovered fumes coming from the electric switchboard of the home. It was adjacent to the escooter and sparks were continuously falling on the floor, while a can of paint was also lying nearby.

Hero Electric said that the most probable cause of the fire was short circuit caused by the AC phase and earth wires of the customer’s home coming in contact with each other and the malfunctioning of the fuses that should have cut off in the event of such a short circuit.

“We have also offered to customer any help in replacing the burnt parts on cost basis and thoroughly testing his refurbished scooter for road worthiness,” it added.

Meanwhile, another incident of EV fire was reported on Twitter. As per the unverified tweet, Ampere Electric Vehicles’ Magnus EX exploded. Inc42 has reached out to the company for its comments on the reported incident. The article would be updated upon receiving a reply from the EV manufacturer.

EV scooter fires started making frequent headlines since March this year. Though a few scooters had caught fire in 2021 as well, India has reported the highest number of such cases so far this year.

After a short pause in such fire incidents in the last few weeks, two new companies have joined the list. The government has already issued several warning messages to the EV original equipment manufacturers (OEMs).

Some of the manufacturers like Ola Electric, Okinawa Autotech, Pure EV, Jitendra EV and Boom Motors earlier recalled over 7,000 EV scooters after multiple escooters manufactured by them were involved in fire incidents and the government think tank Niti Aayog asked them to voluntarily recall the batches of EVs involved in accidents.

Earlier this week, there were reports that the Defence Research & Development Organisation (DRDO) has found that the recent escooter fires were a result of defects in batteries, including the designs of the battery packs and modules.

While the buzz around EV safety incidents is growing big, the road ministry has also asked the EV OEMs to share detailed information on the safety mechanisms and quality standards they have adopted.

Earlier this month, NITI Aayog member and scientist V K Saraswat said that battery cells imported for EVs might not be suitable for Indian conditions.

With the two new incidents, the total count of escooter fires in the country stands approximately at 30.