The biofuel produced by Greenjoules is said to be compatible with current engines, boilers and gensets 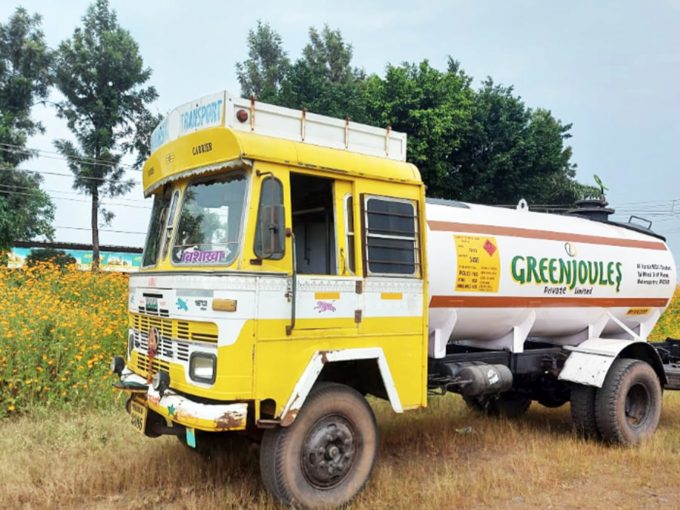 Pune based green energy technology company Greenjoules Pvt. Ltd., has raised $4.5 Mn or INR 33 Cr in a combination of equity and debt from Blue Ashva Capital.

The funding was part of Blue Ashva’s Sampada Fund and will be used to set up commercial scale waste to energy plants and invest into new R&D initiatives.

“We can now focus not only on growing our current product range but also on developing a portfolio range of high energy density liquid and gaseous biofuels,” said S Viraraghavan, Founder and Director of Greenjoules.

Although biodiesel technology has been around for some time, one of the biggest issues for its adoption is its dependency on food products like edible oil, oil seeds etc. for raw materials.

The manufactured biofuel meets the same IS1460 standards that petroleum and diesel also follow.

Greenjoules also says that its biofuel can be used without any modification with the current diesel engines, gensets or boilers in use. This makes its product a direct replacement for petroleum or diesel.

“With this(funding) we are well placed to play a significant role in serving the Large Industrial market, who have board’s mandates to switch to environment friendly fuels. The 2018 Govt of India Biofuels policy intends to convert 5% of all Diesel being consumed to Biofuels by 2030. This will further add opportunities for us in the years to come,” said V S Shridhar, cofounder and CEO of Greenjoules.

The minister for road transport and highways of india and shipping ministry of micro, small and medium enterprises,Nitin Gadkari, has also advocated use of eco-friendly alternative fuels to tackle air pollution. He said that India is spending close to INR 7 Lakh Cr on the import of crude oil and it’s high time that the country should develop an import substitute, cost effective, pollution free and indigenous fuel option.

To reduce the wastage of used cooking oil in the country, tech-food unicorn Zomato had inked a partnership with the biodiesel manufacturer, BioD Energy.

Greenjoules Pvt. Ltd. was founded in 2018 and is led by V Radhika, VS Shridhar, S Viraraghavan and R Sethunath. The management team has a strong corporate background, having worked with Indian and global multinationals for over two decades.

Greenjoules specialises in making renewable biofuels, commonly recognised as “Drop-in Fuels” or 2nd generation biofuels. These are curated entirely from agricultural residue and renewable wastes from agro processing industries. The fuel can be used for industrial applications (to power boilers, gensets) and commercial applications (in diesel powered vehicles).

The organisation had received funding support  under the Seed Support System of Department of Science and Technology (DST), Government of India. The company has been funded earlier by MAPE, Bengaluru. It aims to deliver modern solutions for the challenges of a lower-carbon future.

Blue Ashva Capital had raised INR 454 Cr or $60 Mn for the initial close of its Sampada Fund. The investors include family offices and high net worth individuals. The fund will invest in businesses across sectors like finance, technology, healthcare, consumer, manufacturing among others through equity, debt or a combination of the two.