Top 18 Emerging Startups In Indonesia: What The Archipelago Ecosystem Has To Offer

Top 18 Emerging Startups In Indonesia: What The Archipelago Ecosystem Has To Offer 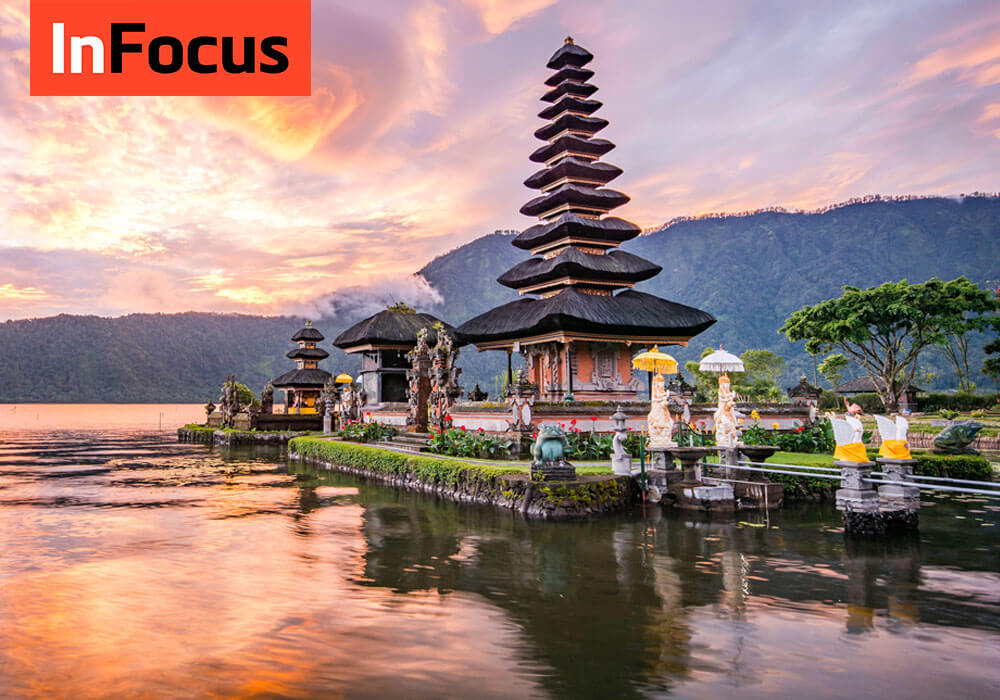 With growing penetration of the digital economy and a long-awaited boost to the entrepreneurial ecosystem, Southeast Asian countries such as Indonesia, Taiwan, Thailand, Malaysia, Philippines, Cambodia, and Vietnam among others, are undergoing a transformation to emerge as independent and radically competitive markets, equipped with latest startups to their western counterparts. These economies have much to offer a newbie entrepreneur: untested markets, pain points that need solving, and untapped market share.

The archipelago of Indonesia with a population of 250 Mn is exactly one such market – a mobile-first economy coupled with regional problems that have a potentially global scale.

Taking advantage of this, small entrepreneurs, as well as tech-savvy startups and capital enterprises, are all coming together to taste their share of business opportunities that Indonesia has to offer. This island nation’s e-market is reportedly valued at $130 Bn by 2020.

With retailers and industries coming onboard to accept the digitisation of this archipelago economy, it has also seen a very positive acceptance from the targeted customer base as well. A rapidly growing ecommerce market is proof that users are transgressing the barriers of language and coming onboard with the idea of putting their faith in truly mobile-based ecommerce platforms. It’s fair to say that homegrown startups have successfully established new consumer habits and expectations.

Thanks to globalisation, markets are crossing borders and connecting ecosystems with each other, the time is ripe to explore what our contemporaries have to offer. With this in mind, we are venturing into Indonesia and here is our pick of 18 emerging startups from across digital sectors and verticals that we believe will be major startups in the near future.

The startup is focussed on transforming inconsistent budget hotels into a consistent customer experience. It provides budget hotels across many Southeast Asian countries. It partners with hotels and issues a standardised branding and service guidelines for the rooms sold via its platform through mobile/web.

Funding: It secured $5K in the first round from 1337 Ventures, Convergence Ventures, and Gobi Partners.

Funding: In February 2016, it raised $15 Mn led by SMDV. Other investors included Ardent Capital, Gobi Partners, and Velos Partners. It also raised an undisclosed amount in April 2016 in its Series B round.

It is an ecommerce company that claims to cater to all the household needs of an individual. It currently provides services in both Indonesia and Thailand in housing, kitchen, fashion, mother and child, furniture, and gadgets verticals among others.

Funding: Has not raised funding yet.

It is a startup that focusses on empowering the Indonesian youth through creative, versatile, and informed ideas. It aims to grow and sustain revenue growth by enabling youth aged 14-30, to connect with knowledge/information, network, and capital via partnerships with strong powerhouses (government bodies, private corporations, NGOs) and individuals.

Funding: In March 2015, it raised an undisclosed amount in Seed funding from Ardent Capital and Reynazran Royono. It raised $1.6 Mn in January 2016 led by SPH Media Fund and Wavemaker Partners. Other investors in the round included Ardent Capital and SMDV.

Snapcart is a rewards-based app that incentivises consumers to take photos of their receipts in exchange for rewards. The insight is compiled and offered to brands and retailers, providing a more accurate measurement of consumer behaviour than many existing research methods.

Funding: In March 2015, it raised an undisclosed amount in Angel funding from Surya Semesta Internusa. In August 2015, it raised $2 Mn led by Gobi Partners. Other investors were Anthill Ventures, Tian Gu, and Zhenzhen Su.

It is an online startup based out of Indonesia that provides short-term rental homes to its users. The types of accommodations range from apartments and villas, to houses and kost (which are shared houses).

Seekmi is an online, web, and mobile app solution connecting local service providers with customers in Southeast Asia. It offers a hyperlocal platform that enables users to request home services in Indonesia.

Open access research database Neliti, is a one-stop portal for Indonesia-related science research, spanning articles, studies, and raw data. Users can access all sorts of research publications and journals without any prior registration.

Funding: Has not raised funding yet.

Porter is an integrated on-demand delivery service that connects local businesses to their online and offline customers. Porter’s logistics technology offers a low-cost solution for businesses for their last-mile fulfillment logistics needs.

Funding: It raised an undisclosed amount in Seed funding from Oxdream in September 2016.

Dello functions as a hyperlocal minimarket delivery service that claims to deliver the available goods from the mall within five minutes in a stipulated radius.

Funding: In March 2015, it raised an undisclosed amount in Seed funding from MPGI Holdings Ltd, Ardent Capital, and Cherry Ventures. Following that, it raised $10 Mn in Series A led by Vertex Ventures. Other investors in the round were 500 Startups, Asia Venture Group, BEENEXT and existing investors. In August 2016, it raised an undisclosed amount in a Series B round led by Sameena Capital. Sinar Mas Digital Ventures and Vertex Ventures also took part in the round.

It is a logistics-based ecommerce startup that functions via an app. Users can order groceries and other perishable and non-perishable food items and the startup acts as a grocery delivery service with added charges.

Funding: It raised an undisclosed amount in its Seed round of funding from East Ventures earlier this year.

Eragano aims to help improve farmers’ livelihood with an end-to-end solution in the form of a mobile app. Farmers can use the app to access information related to agriculture, get connected to microloan facilities, and even sell their products to hotels and restaurants through an online marketplace.

MatahariMall is an Indonesian ecommerce platform that covers the fashion, health and beauty, electronics, home, groceries, books, and entertainment categories. MatahariMall is the first online-to-offline ecommerce site in Southeast Asia. This means that people can place orders online, then go to a Matahari department store to pick up the goods later.

Funding: In September 2016, it raised $13 Mn in Series A funding led by Clermont Group. Other investors in the round were Bibli, Go-Jek, and NSI Ventures.

HaloDoc is a healthcare network platform that claims to connect users to a network of 18,600 licensed doctors, 1,000 certified partner pharmacies through its medical delivery service ‘ApotikAntar,’ and licensed medical laboratory services in Indonesia. Users can also communicate with these medical professionals via chat, video and voice call.

Funding: It received $1 Mn in its Seed round of funding in March 2016 from investors including Mangrove Capital Partners, Prafulla Mathur, and Vikas Saxena.

Tinggal is an online marketplace that allows users to find quality hotels across Asia. It currently has partner properties in Jakarta, Bali, Bandung, Surabaya, Yogyakarta, and Medan. All Tinggal properties claim to offer Free WiFi and breakfast. Users can book a Tinggal using their mobile or computer or call on the 24×7 multilingual helpline for availing its services.

Funding: In July 2016, it raised $20 Mn in funding in Series B round led by Bertelsmann Asia Investment Fund. Chenchao Zhuang and Crystal Stream Capital also participated in the round.

Baca is a news reader app for Indonesia. It claims to have 1 Mn daily active users in Indonesia. Each day the app collects between 20,000 to 25,000 articles from 500 publications. Baca analyses which news gets read by the app users, and serves them content based on those preferences.

This article is part of our series, In Focus: Indonesia Startup Ecosystem, to showcase a brand new ecosystem and its potential to the world!