Electric Vehicles This Week: Tesla In India In 2021, Mahindra’s EVs For Logistics & More

Electric Vehicles This Week: Tesla In India In 2021, Mahindra’s EVs For Logistics & More

Transport minister Nitin Gadkari announced on Monday (December 28), Tesla will be arriving in India next year

Indonesia and LG Group have signed a deal for a $9.8 Bn EV battery investment 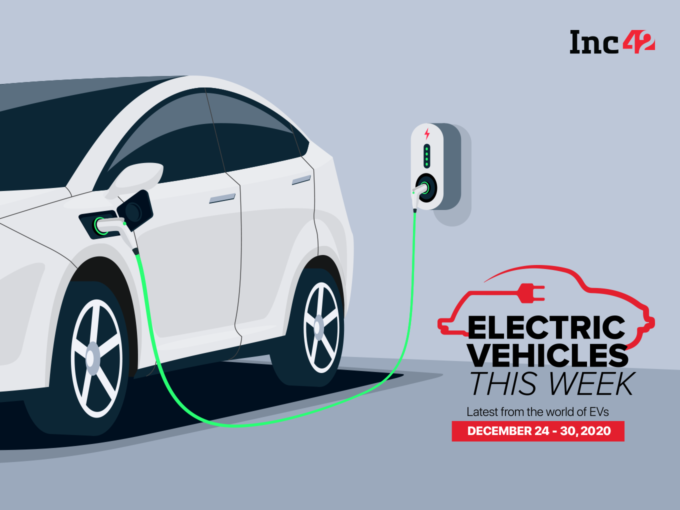 After years of delay, US-based electric vehicle (EV) maker Tesla is finally ready to launch its cars in India. Transport minister Nitin Gadkari announced on Monday (December 28), Elon Musk’s Tesla will be arriving in India ‘early’ in 2021. The company will first start with sales and then look into start assembling in India if the demand requires.

The US luxury EV maker has been trying to enter the Indian market since 2016, but the efforts fell apart due to lack of infrastructure, policies and the market for emobility in India. Even though Prime Minister Narendra Modi has shown interest in the EV maker as well, whereas Gadkari previously offered it land near the port to import their technology.

Last year, even Chennai-based automobile manufacturer Ashok Leyland had invited Tesla for a partnership to help the company bring their brand to India.

Mahindra Logistics is planning to deploy EVs for its last-mile delivery shortly, following Amazon India’s decision to deploy ECs for last-mile deliveries. The ecommerce giant is reportedly in touch with Mahindra Electric and Kinetic Green for vehicle supplies as well.

Hyundai Plans To Launch Its Most Affordable EV Nest Year

South Korean automobile maker Hyundai is reportedly working on a low-cost EV for the Indian market by 2021. The AX is the codename for the upcoming car and the company will position the all-new car below the Hyundai Venue in its SUV-lineup. Once launched, it will be the brand’s most affordable EV.

Hyundai is also the maker of Kona EV, which is priced at INR 24.76 Lakh. The vehicle was launched last year for passengers. Even Indian government’s Energy Efficiency Services Limited (EESL) has been deploying it for official purposes.

Indian EV solutions firm EV COSMOS announced it has tied up with ChargeNET SriLanka to set up 500 chargers in India in the next two years. ChargeNet, which is a group company of Codegen International of UK, operates a manufacturing facility in Sri Lanka.

BMW Looks To Up Its EV Game

German luxury carmaker BMW is planning to set up its EV production to represent about 20% of its product line by 2023, the company’s Chief Executive Oliver Zipse told German daily Augsburger Allgemeine. The company wants roughly every fifth car its sells to be powered by an electric engine by 2023.

“We are significantly increasing the number of electric vehicles. Between 2021 and 2023, we will build a quarter of a million more electric cars than originally planned”, Zipse added.

Indonesia and a unit of South Korean firm LG Group have signed a MOU on a $9.8 Bn EV battery investment deal, the head of Indonesia’s Investment Coordinating Board has confirmed. The deal was signed on December 18 and includes investment across the EV supply chain.

Under the MOU, at least 70% of the nickel ore used to produce the EV batteries must be processed in Indonesia. The country aims to start processing its rich supply of nickel and laterite ore for use in lithium batteries to become a global hub for producing and exporting EVs.