Electric Vehicles This Week: PM Modi To Launch FAME II On Sept 7, Subsidy Approved For All EVs And Cars, And More

Electric Vehicles This Week: PM Modi To Launch FAME II On Sept 7, Subsidy Approved For All EVs And Cars, And More 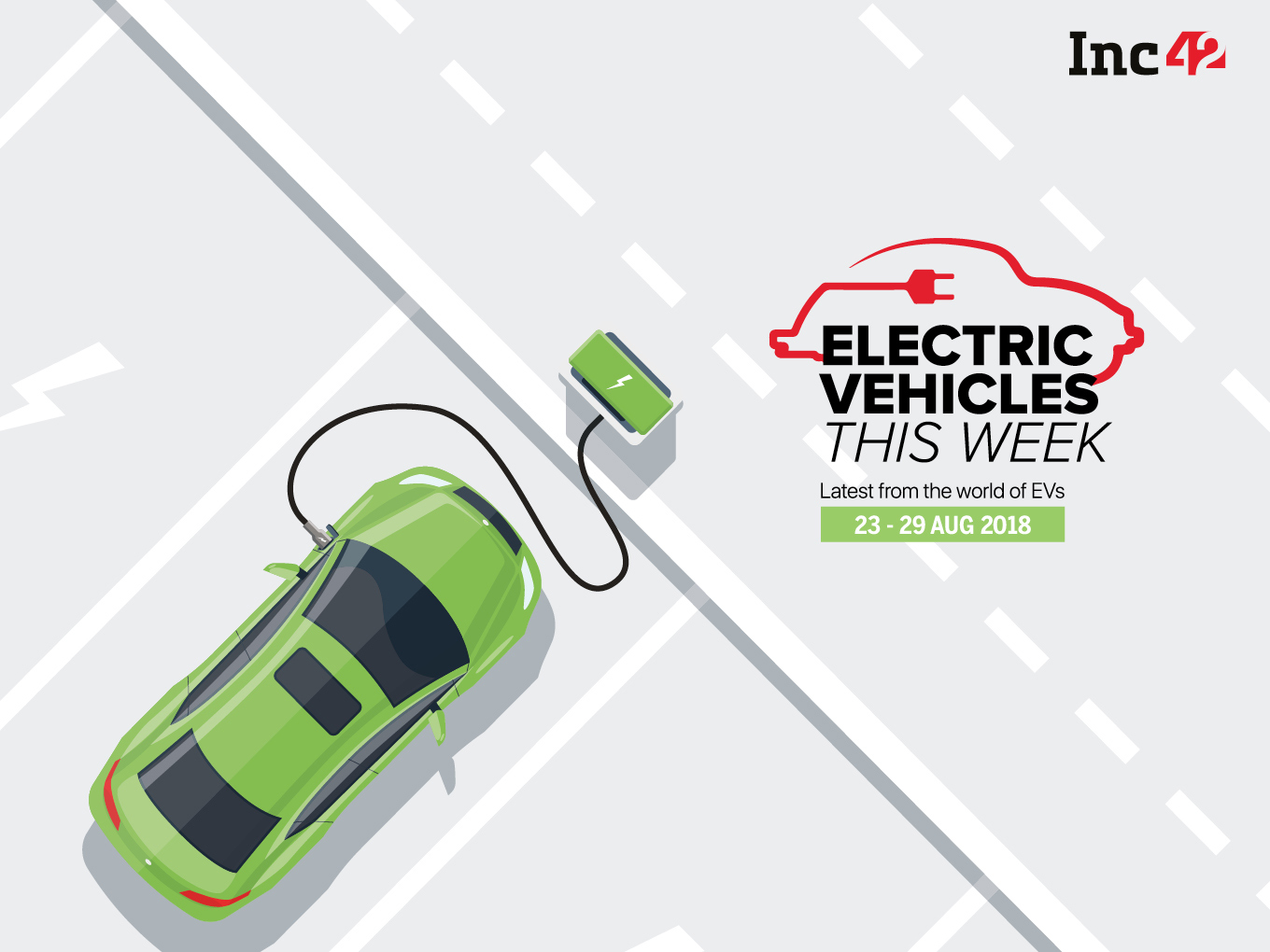 Come September 7, the second phase of Faster Adoption and Manufacturing of Hybrid and Electric Vehicles (FAME) scheme is finally being rolled out with an outlay of $776.5 Mn (INR 5,500 Cr).

Prime Minister Narendra Modi is said to unveil the FAME II scheme at the inaugural session of the ‘MOVE’ — a global mobility summit to be organised here on 7-8 September — in the presence of several global CEOs from the automotive sector.

The development comes after an inter-ministerial panel — comprising ministries of road transport and highways, finance, power, heavy industries, including government think-tank Niti Aayog — met on August 23 and confirmed subsidies under FAME II for all categories of electric vehicles (EVs), including cars.

The proposed FAME India scheme II was earlier deferred for an indefinite period as the policy implementing body Niti Aayog and other ministries were reportedly facing a tough time to build consensus regarding the future roadmap to boost electric mobility in India. Subsidy on the four-wheeler EVs was one of the main points of contention.

Now that the panel has finalised the modalities of FAME II, it will soon place it before the Union Cabinet for approval.

Let’s take a look at EV developments in the 38th edition of Electric Vehicles This Week.

An inter-ministerial panel on August 23 has confirmed subsidies — under the second phase of FAME (Faster Adoption and Manufacturing of Hybrid and Electric Vehicles) scheme — for all categories of electric vehicles (EVs), including cars.

The scheme will include an investment of about $776.5 Mn (INR 5,500 Cr) over five years. Based on technology, the scheme will provide incentives in a range of INR 1,800 to INR 29,000 to battery-operated scooters and motorcycles,  INR 3,300 to INR 61,000 for three-wheelers and four-wheelers. The government will not hold back FAME II incentives for private electric cars and SUVs.

Top officials from the ministries of road transport and highways, finance, power, heavy industries, along with other departments including government think tank Niti Aayog, were present at the meeting.

It is being said that the government plans to offer incentives so that various state-run transport authorities can switch to hybrid and electric buses, and a major percentage of new two-wheelers being sold in the country can go electric.

The industry body, Bangalore Chamber of Industries & Commerce (BCIC) has offered to partner with Bangalore Electricity Supply Company (BESCOM) to support setting up of EV charging points in Bengaluru. This was discussed during the recent meeting between BCIC team lead by its president Kishore Alva and Bescom MD C.Shikha.

“The formalities can be worked out with Bescom to jointly set up EV charging points so that more users can shift towards promoting green technology in our city and also boost electric vehicle adoption at a faster rate,” Alva said.

Bescom is now looking at installing EV fast charging points at 83 locations across the city. These points will come up at a distance of three kilometres from each other in locations like BBMP parking lots, metro stations and other public spaces where vehicles can park and recharge their batteries.

“Our focus should be on indigenisation and developing technologies and solutions specific to needs of India,” Singh at an international conference on minerals and metal sector.

Singh had earlier directed MOIL to contribute manganese for use in batteries of electric vehicles, and tungsten for defence manufacturing.

Electric Car Developments From Around The World

German automaker Volkswagen has announced to launch an all-electric car-sharing service known as “We Share” in the second quarter of 2019. The service will at first offer 1,500 VW e-Golf compact cars in Berlin, with a further 500 smaller e-up! vehicles to be added later.

The cars will gradually be replaced as new models from VW’s next-generation “I.D.” range become available, the company said.

VW also plans for integrating different forms of transport, with initiatives like electric buses that can be hailed to “virtual stops”, currently being tested in German port city Hamburg. It plans to spend $4 Bn by 2025 on a suite of projects under its so-called “digital offensive”.

The vehicle can travel up to 350 kilometres in a single charge. “We are developing our own concept of an electric supercar, which is based on several original systems developed by the concern,” the firm said.

The brand, best known for the AK-47 machine gun, said it has developed some cutting-edge elements for the “electric supercar”, including a “revolutionary” inverter.

Jaguar Classic, a unit of the UK-based automaker which restores vintage Jaguar cars, will convert the vehicles to electric power at its Classic Works facility in Coventry, according to Reuters report

The company gave no details on prices for the cars. The option of converting to an electric vehicle (EV), which is also fully reversible, will be offered to existing E-type owners. JLR is already building an electric vehicle called the I-PACE in Austria.

South Korean steelmaker POSCO has signed a deal with Australia’s Galaxy Resources to buy lithium mining rights in Argentina for $280 Mn, as it plans to produce 25,000 tonnes of the commodity per year for 20 years come 2021.

Lithium, a critical ingredient for batteries used in electric vehicles, has seen growing demand in recent years as some consumers shift away from cars powered by fossil fuels.