In a move to encourage e-mobility, the Centre is reportedly considering introducing tradable auto-emission coupons for automakers

BMW, Daimler, and Volkswagen will face an inquiry by the European Commission for allegedly conspiring to restrict diesel emissions treatment systems 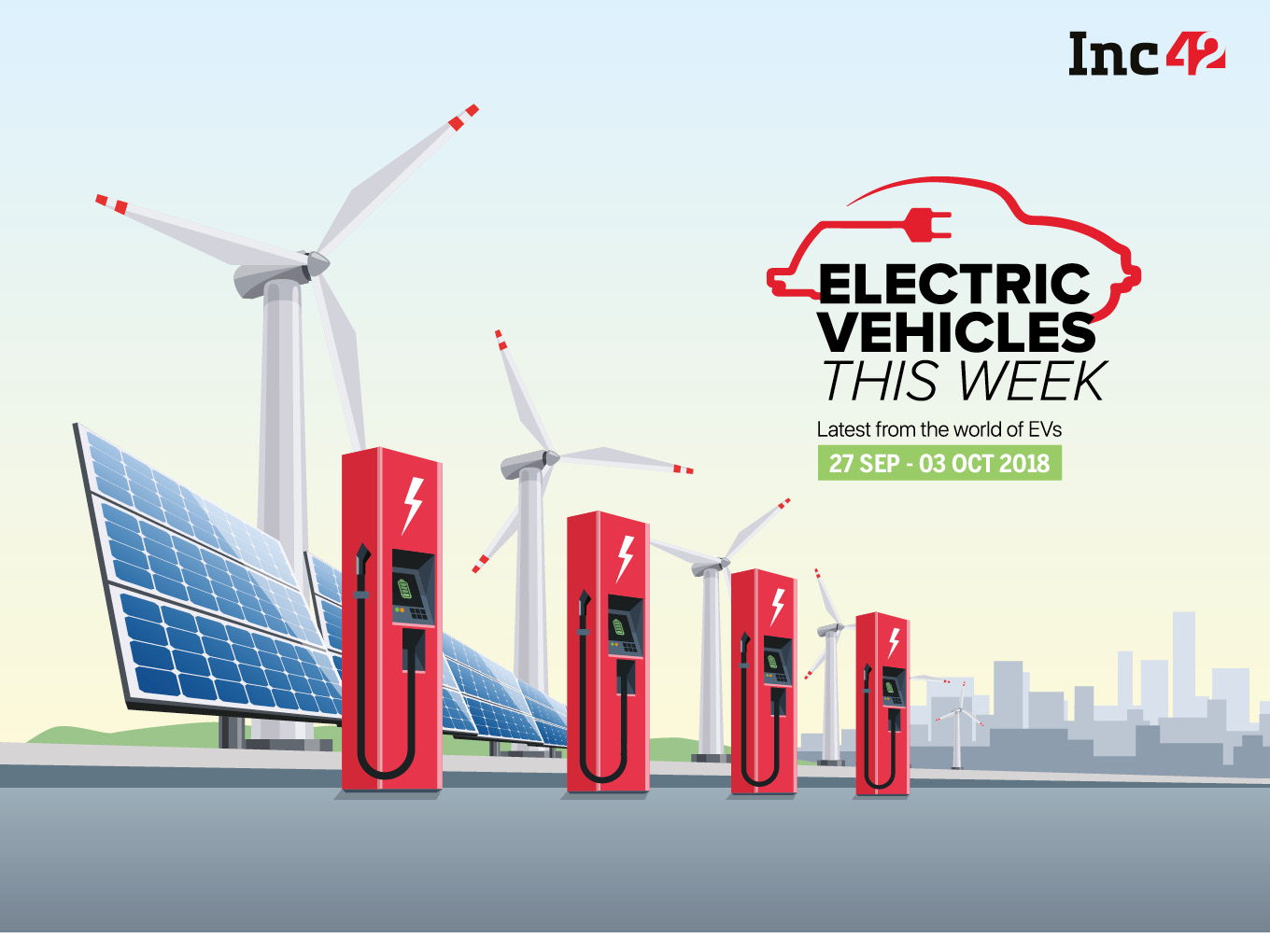 The Uttarakhand cabinet has given a green signal to electric vehicle (EV) manufacturing and to a state battery charging infrastructure promotion policy. As part of the plan, the Uttarakhand government will provide a number of exemptions and incentives to entrepreneurs to set up electric manufacturing units in the state.

Also, according to the new policy, term loans ranging from $1.3 Mn to $6.7 Mn (INR 10 Cr to INR 50 Cr) each will be provided to micro, small and medium enterprises (MSMEs) to manufacture electric vehicles in the state.

Further, in order to boost the demand for EVs among consumers, the state government will waive off motor vehicle tax from the first set of 1 Lakh EV customers.

Meanwhile, the Centre has extended the first phase of the FAME-India scheme till March 31, 2019. The government has also withdrawn incentives provided under FAME-I to two- and three-wheelers that run on conventional batteries, starting October 1.

However, despite these initiatives by the Centre and state governments, automakers in India are facing challenges ahead of the festive season because of ongoing speculation regarding the EV policy, a tussle between electric and hybrid vehicles, increasing rates of interests, etc, according to reports.

Here’s a curated rundown of important and related developments on the EV Ecosystem in the 43rd edition of Electric Vehicles This Week [September 27- October 03].

In what could be a major development in India’s electric vehicles ecosystem, this week, the Indian government reportedly accepted the European Commission’s specified Combined Charging System (CCS) for electric vehicles.

Moneycontrol cited anonymous sources familiar with the development as saying, “In a meeting held last week, all the stakeholders agreed that CCS-based charging will be the best suitable charging module for the country.”

The CCS is a global standard for EV charging, supported by the Charging Interface Initiative (CharIN e.V.), a coalition of global automotive companies. The CCS supports both alternating current (AC) and direct current (DC) electric vehicles.

In a move to encourage emobility, the Centre is reportedly considering introducing tradable auto-emission coupons for automakers. This move is part of its larger plans to make electric vehicles and their infrastructure economically viable.

The proposal, which was floated by government think-tank NITI Aayog, is currently being reviewed by stakeholder ministries. Under this proposal, automobile manufacturers will be able to redeem the coupons and avail of incentives or subsidies.

According to reports, the Centre aims to incentivise electric vehicles and low-emission and energy efficient vehicles to replace vehicles that have high emissions and lower efficiency.

India’s premier engineering institute chain, the Indian Institutes of Technology (IIT), has decided to roll out new courses that are relevant to the field of electric vehicles to help train engineers in this domain. This move will help meet the demand for EV engineers.

According to ET, the IITs are becoming a popular destination for automobile companies to hire their engineering talent.

Many popular auto companies such as Mahindra & Mahindra, Tata Motors, Maruti Suzuki, and Bajaj Auto, among many others, have been reportedly recruiting students for research and development work on electric vehicles from IIT Roorkee.

The report cited anonymous sources who said that IIT Delhi is launching a master’s degree programme in automotive and electric vehicles in consultation with auto companies. The course is said to be in the final stages of being launched.

Swiss industrial technology company ABB plans to team up with Indian EV startups and companies to set up facilities in India by the year-end to help manufacture EV chargers.

“So, we have a clear plan going forward on putting local charger production here in India, either end of this or early next year,” ET cited ABB global business electric vehicle charging infrastructure head Frank Muehlon as saying. He added, “(The requirement) can only be fulfilled if we do it locally”.

Although Muehlon didn’t disclose the company’s investment plans, he told the media: “I can’t disclose the number, but we are funding that (setting up of EV charging stations).”

Muehler also commented on the importance of original equipment manufacturers (OEMs) in e-mobility, continuous power supply through grid enforcement, and emphasised on the need for entrepreneurs “who start doing that”.

As per the announcement, Tata Power and HPCL will collaborate in the planning, development, and operation of charging infrastructure for all types of electric vehicles. It also announced the companies’ intention to explore areas of opportunities and collaboration in related fields such as Renewable Energy.

Mumbai-based smart urban mobility startup Strom Motors has secured angel funding from the Indian Angel Network (IAN), a seed-stage focused venture capital consortium. With the funding, the startup aims to improve its production and sales, accelerate its geographical expansion, and increase its consumer base across markets.

Renault Kwid EV — the first affordable electric car developed by French automaker Renault — will reportedly hit the roads of China within the next year. The EV was designed at Renault’s technical centre in India. However, it will be a while before the EV model is available in India.

“China is the most promising market right now for EVs. It is the largest market…One day, it (India launch) will happen; logically yes. We move step by step, and the first step is China,” ET cited top executives at Renault as saying. The executives also reiterated the company’s determination to launch the EV in India — a commitment it had earlier made during the mid-term plan last year.

Ras Al Khaimah (RAK), a city in the United Arab Emirates (UAE), has announced exemption of charges for registration, renewal of registration, and transfer of ownership for all electric vehicles, from October 1 till December 31 of this year.

“This positive step is in the right direction that is expected to significantly cut environment pollution and encourage the new industries related to electric vehicles,” Khaleej Times cited RAK commander-in-chief Ali Abdullah bin Alwan Al Nuaimi as saying. The report further cited the commander-in-chief saying that charging of EVs at stations would be made free until 2020.

German carmakers BMW, Daimler, and Volkswagen are set to face an inquiry by the European Union (EU) for allegedly conspiring to restrict diesel emissions treatment systems, the BBC reported.

According to reports, the European Commission is believed to be investigating whether these companies are complying with the emission limits for harmful gases. The companies were raided in 2017 as part of the Commission’s earlier inquiries.

Meanwhile, Reuters cited Germany Chancellor Angela Merkel as saying that while EV subsidies have helped boost demand for EVs in the country, they can’t go on forever. With a $1.2 Bn (1 Bn euro) subsidy scheme in place to promote EVs, Germany reportedly managed to double its EV sales last year.

“Now, there is talk about extending (incentives). But this cannot be a permanent subsidy,” Merkel told the gathering at an e-mobility event. She also reiterated Germany’s target of having 1 Mn electric vehicles on the road by 2020.