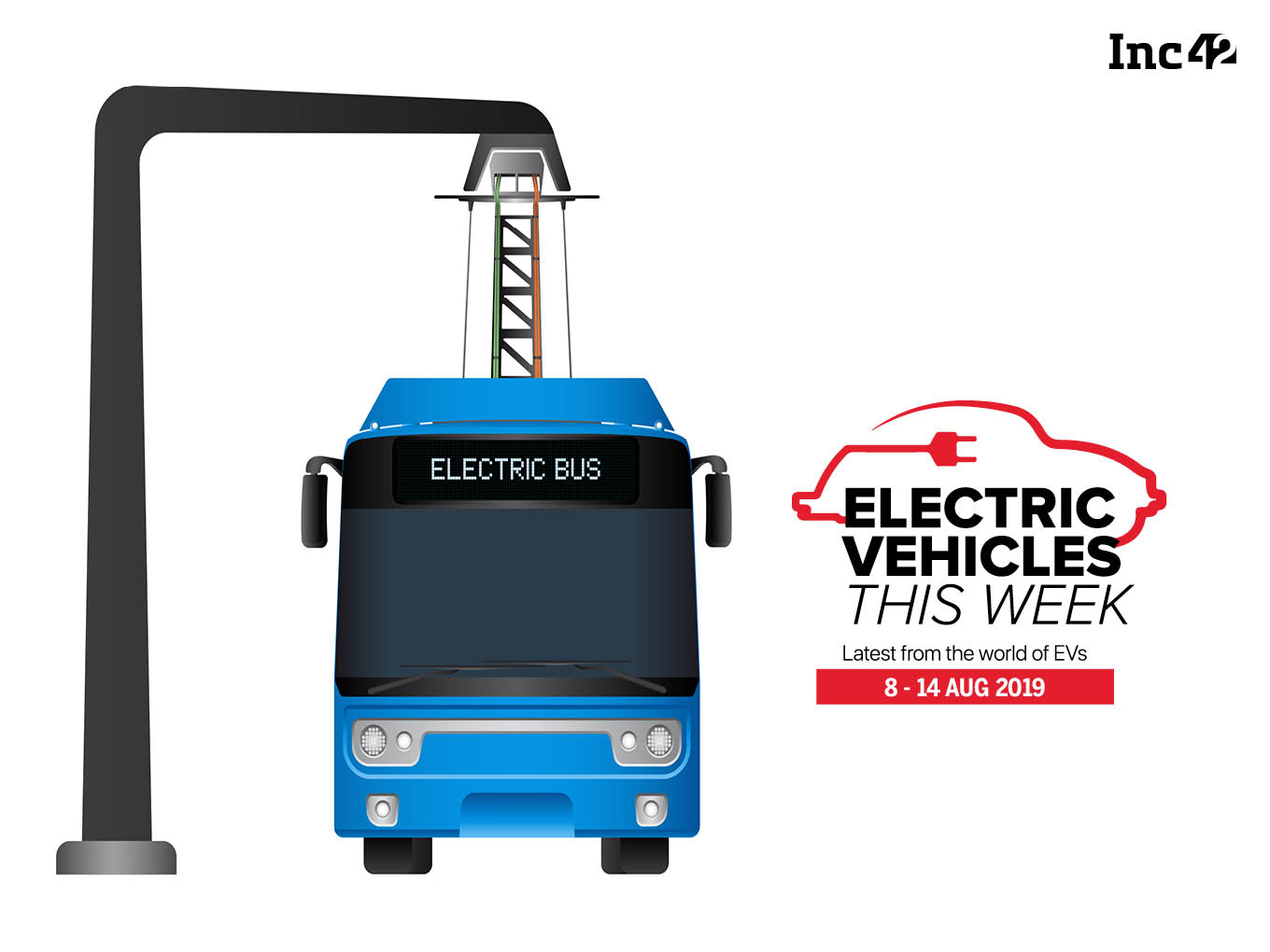 As automobile industry looks at the worst sales figures of the past 19 years, the EV-related concerns of auto majors have also increased. The auto industry has recorded a 31% drop in sales in 2019 as compared to last year, according to the Society of Indian Automobile Manufacturers.

Earlier this week, NITI Aayog vice chairman Rajiv Kumar responded to the auto industry concerns regarding the government’s proposed complete shift to electric vehicles by 2030. Rajiv reportedly said that the fears of auto manufacturers over electric vehicles are misplaced.

He urged to the auto sector that instead of seeing EVs as a threat, the auto sector should grab the opportunity offered by this sunrise sector and emerge a global leader.

Complementing the central government’s efforts to increase the electric vehicles adoption, the state governments’ have also been working on their own EV policies. While states like Kerala and Telangana have already announced their EV policies. Tamil Nadu government was also recently reported to be working on its EV policy draft, which is said to include a slew of incentives and special sops for the next three to five years.

“The state will give investors in the electric vehicle industry the option to choose from GST refunds, capital subsidies, and payroll-based incentives in a first such offer for any sector, provided its draft electric vehicle policy gets implemented,” a government official reportedly said.

Responding to the Tamil Nadu’s policy plans, Akhil Aryan, cofounder and CEO of ION Energy said, “Standing tall on a strong engineering and manufacturing base, TN’s slew of special sops and incentives is a novel move. It will be a massive push for EV makers in the southern state, and could also potentially attract early investors to make the all-electric transition faster.”

In addition to the state’s EV efforts, India’s Ministry of Heavy Industries and Public Enterprises has also reportedly proposed a total of 595 electric buses for Tamil Nadu under the central government’s EV focussed FAME II scheme. While, another southern state Andhra Pradesh has been allotted 300 electric buses as part of FAME II scheme, out of which 100 buses were exclusively allotted to Visakhapatnam city. Similarly, Pune was also allotted 150 electric buses under this scheme.

Car sharing platform Drivezy is reportedly planning to foray into bike sharing in November and is expected to bring Yamaha’s E-05 to Indian roads. Yamaha Motors has recently launched its premium electric scooter — EC-05, in Taiwan. Yamaha is said to have built this scooter in collaboration with Taiwan’s Gogoro Inc.

European automobile major Renault is said to be planning the launch of its electric car in India by 2022. Renault India’s CEO and MD, Venkatram Mamillapalle has reportedly said,  “We don’t have a choice but to launch electric cars in the country as the government is giving a strong push to electric vehicles. An investment of around €500 million will be required to develop an EV car.” Electric version of the Renault’s Kwid is currently operational in China.

Tiger Global, which has mostly focused on B2B space in India, is in preliminary talks to invest $40Mn – $50 Mn in Vogo. Interestingly, the development comes after reports were rife that Vogo may raise funds from SoftBank as it was said to be in talks for the same. Founded in 2016, Vogo offers commuters round-the-clock scooter rental services and claims to be operational across more than 500 points in five cities in India.

Singapore-based SHADO Group has unveiled its instantly-charged electric three wheelers: ERICK for the Indian market. ERICK is said to be an affordable, low voltage, and high-performance vehicles. Aimed at the Indian market, the vehicle is said to have a range of 70 KM. The company claims that its proprietary ultracapacitor battery is able to charge in minutes, from on-grid fixed charging stations or off-grid mobile solar powered charging points.

Startup Of The Week: GUGU Energy

Coimbatore-based Gugu Energy is the manufacturer of electric adventure motorcycle SUVs and solid state battery technology. Gugu Energy’s R-SUV, is a fully electric SUV Bike, which the company claims to be  a crossover between a scooter and a motorcycle and has been designed to deliver high performance and comfortable riding in all weather conditions.

R-SUV is said to have a range of upto 300 Kms and a top speed of 145 Kilometers per hour, and is available in two variants, priced at INR 1.25 Lakhs and INR 3 Lakhs respectively.

Gugu Energy was founded by Guhan RP in 2015. The company claims to have currently crossed 5000+ pre order bookings. Gugu Energy has so far raised $750K in angel funding from Sudarshan Paul, founder and CEO of Private oil and Gas corporation and a Coimbatore-based industrialist Kannan.

General Motors President, Mark Reuss has reportedly said that there is no backing for plug-in hybrids. The company is said to focus its resources on the all-electric part of the plug-in segment. This could mean exclusion of some other car models such as SUV or pickup.

According to the International Council on Clean Transportation report,  $1.3 Bn investment is required for the US to build the necessary infrastructure for enabling home charging for electric vehicles. Further, the report also noted a need for $940 Mn investment towards building public charging points around offices and metro areas.