Electric Vehicles This Week: Centre Suspends “Feebate” Policy Ahead Of Elections And More

Electric Vehicles This Week: Centre Suspends “Feebate” Policy Ahead Of Elections And More

The Indian government approved FAME II scheme with an outlay of INR 10,000 Cr

The cost of electric vehicles is slated to reduce by INR 20K to INR 2.5 Lakh from April 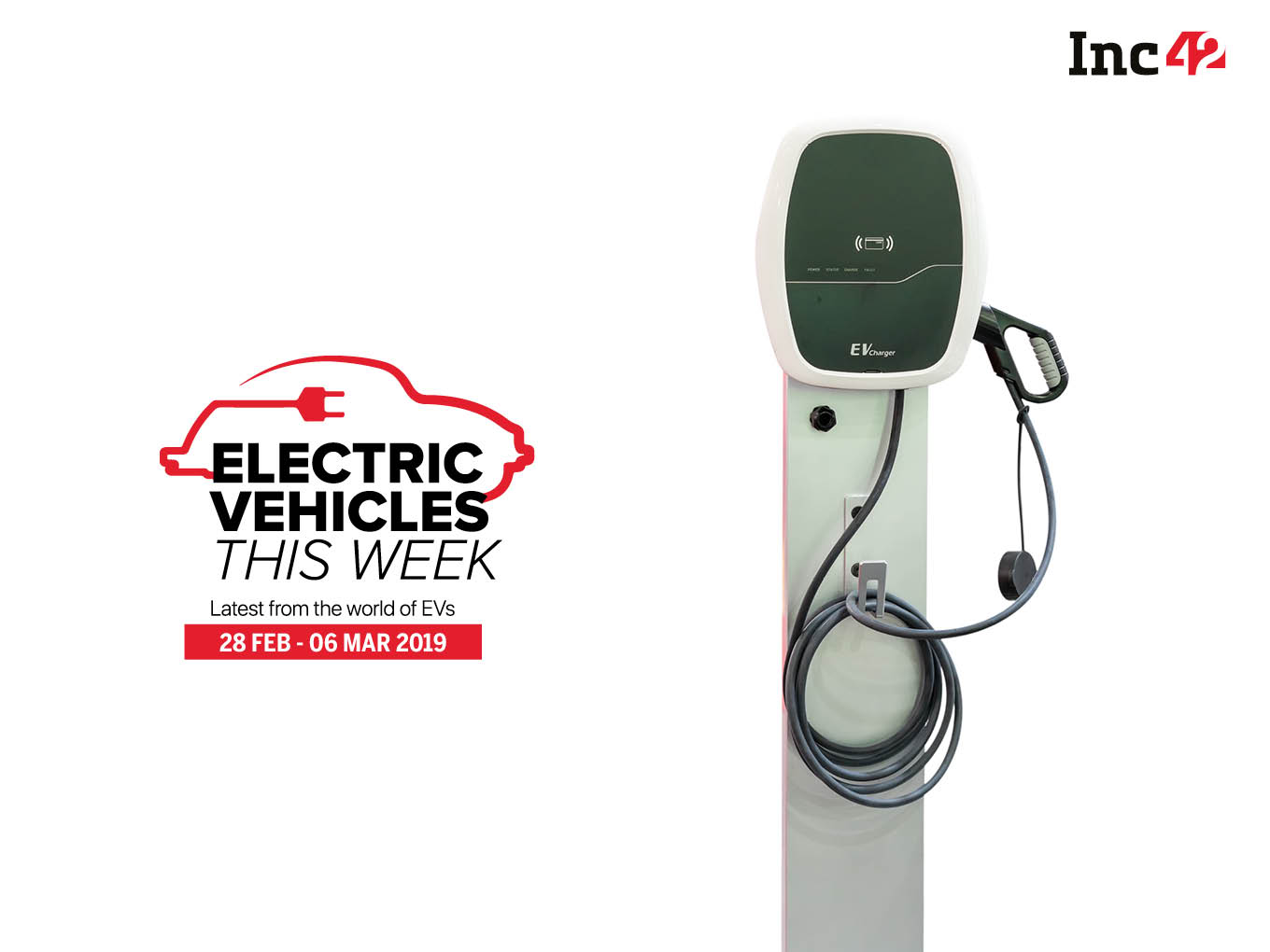 Last week, the central government finally approved the much awaited second phase of Faster Adoption and Manufacturing of Electric Vehicles in India or FAME II with an outlay of INR 10,000 Cr ($1.4 Bn) which will be invested over a period of three years.

As a part of the scheme, the government will offer an upfront incentive on the purchase of EVs. The Centre has also proposed setting up of 2,700 charging stations, with the availability of at least one charging station in a grid of 3 kmx3 km.

Meanwhile, Tata Group has unveiled Tata Altroz EV at the ongoing  Geneva International Motor Show 2019. It showcased two variants, one as a production-ready car with traditional petrol or diesel engine and the other one as an electric vehicle, which is a concept. Speculations are rife that the petrol and diesel version of Altroz will be launched this year and EV version could be launched in later next year.

The Delhi cabinet has approved a proposal to deploy 1,000 low-floor electric buses in the state to counter the increasing air pollution levels. Taking to Twitter, Delhi chief minister Arvind Kejriwal, with this, the capital became the first Indian city to have such a large number of electric buses. This development comes in after the Delhi government had assured the Supreme Court 2018, that it would induct 1,000 low floor electric buses in phases from June-July 2019.

The central government suspends its INR 7,500 Cr worth “Feebate” plan which was being considered in a bid to encourage emobility in India. In December 2018, the government think tank Niti Aayog had said that it was exploring the feebate model which involved increasing the taxes on petrol and diesel driven cars to create a surplus which would be then used to subsidise electric vehicles. According to government sources, the plan has however been delayed as this move may upset consumers ahead of the elections.

Electric Vehicles To Get Discounts From April

The cost of electric vehicles is slated to reduce by INR 20K to INR 2.5 Lakh from April as the government has approved Niti Aayog’s proposal to give purchase rebate as an incentive to EV buyers. As a part of the second chapter of FAME scheme, the union cabinet has approved an incentive of INR 10K per KWH for the purchase of electric vehicles directly linked to battery size.

Bengaluru-based cab hailing company Ola has set up an independent company — Ola Electric Mobility Pvt Ltd to lead its electric vehicle business. With an aim to develop platforms and infrastructure to encourage emobility, Ola Electric raised funding of $56 Mn (INR 400 Cr) from Ola’s early investors, Tiger Global and Matrix India among others. The separate company which will be led by Ola executives Anand Shah and Ankit Jain will mainly focus on deploying charging and battery swapping networks focused on the commercial electric vehicle segment.

The German car industry is planning to invest nearly 60 Bn Euros ($68 Bn) over the next three years to develop electric cars and automated driving. According to Bernhard Mattes, head of   German Association of the Automotive Industry or Verband der Automobilindustrie (VDA), about 40 Bn Euros will be allocated to boost emobility while another 18 Bn Euros will be invested for digitisation and automated driving.

Japanse automaker Nissan has claimed that it achieved an important milestone in the electric vehicle segment as its Nissan Leaf become the first electric vehicle to record over 400K sales since its debut in December 2010. According to reports, about 90% of sales were recorded from just three countries – US, Japan and Europe.