It will also start its operations in the Middle East

The company claims that in H1 FY20, it recorded a 3x increase in revenues 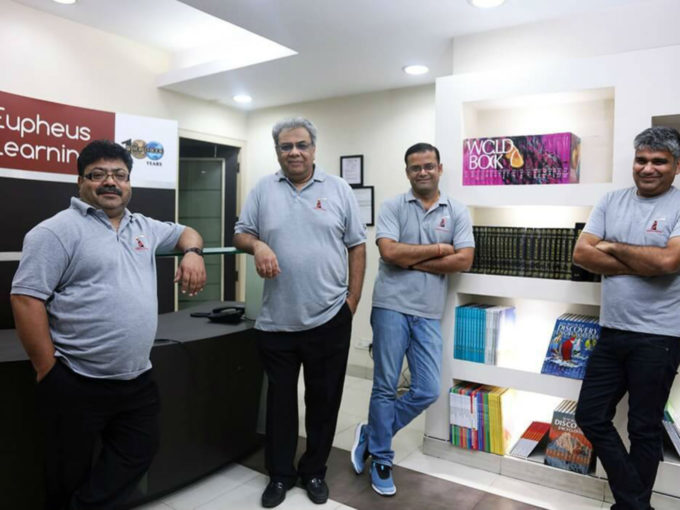 New Delhi-based edtech startup Eupheus Learning, on Thursday (January 23), announced that it has raised $4.3 Mn (INR 30 Cr) in its Series A funding round. The investment is a mix of equity and venture debt, which was led by Yuj Ventures.

Other investors in the round included Sixth Sense Ventures. The funds will be used to increase nationwide presence, develop new product offerings, and expand the team. The company said it will also start its operations in the Middle East and drive international expansion in other markets.

Eupheus Learning was founded in 2017 by Sarvesh Shrivastava, Rohit Dhar, Ved Prakash Khatri, and Amit Kapoor. Operating across the Pre-K to Class XII segments, Eupheus offers products in all subject areas and packages both the curriculum and homework tracking tools in phygital form.

Sarvesh Shrivastava, managing director of Eupheus Learning said, “The online education segment in India is primed for massive growth, as the next generation of children enter classrooms across the country. By leveraging the power of technology, we’ve been able to bridge the divide between in-school and at-home learning and offer a seamless, end-to-end learning experience.”

The company claims that in H1 FY20, it recorded a 3x increase in revenues compared to the same period last year. It also said that it expanded its geographical presence to 70 cities in India from 52 earlier. The team has also grown to 175 employees as it has also forged new alliances with four international education players, taking its roster of global partnerships to 17.

“We are impressed by the founders’ experience, the previous track record of developing cutting edge content at Britannica, and the manner in which they have scaled Eupheus in a profitable manner in the last two years in a competitive market,” said Madhav Soi of Yuj Ventures.

To support the sector, the government is working on national education policy as well.

The draft policy has “proposed the revision and revamping of all aspects of the education structure, its regulation and governance, to create a new system that is aligned with the aspirational goals of 21st-century education, while remaining consistent with India’s traditions and value systems.”