With The Fresh Funds, The Startup Is Aiming To Hit 100K In Monthly Disbursals By The End Of 2018 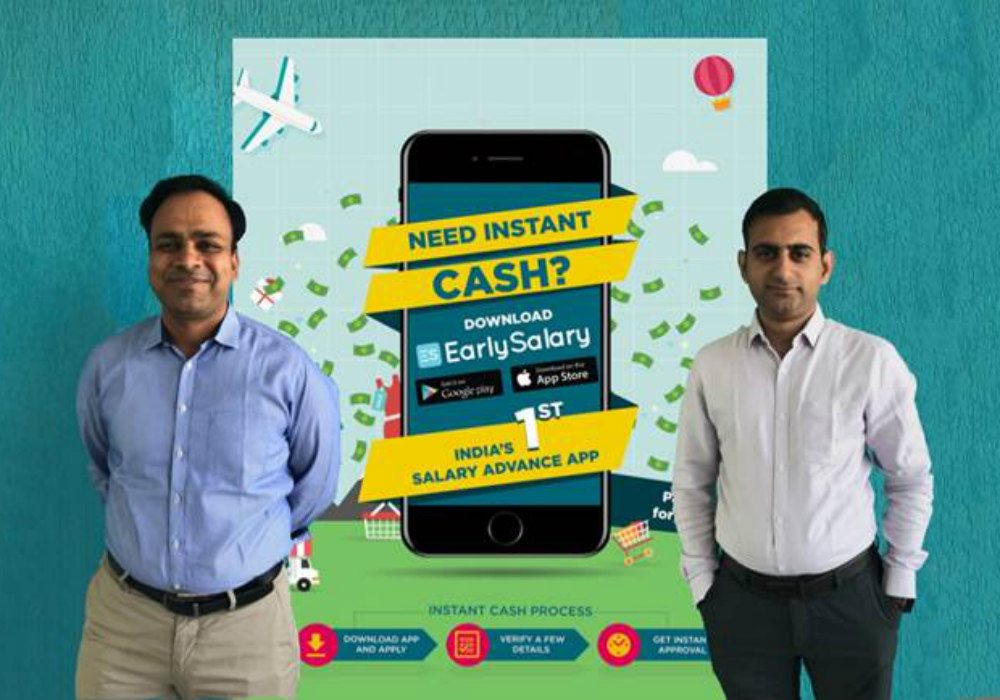 Commenting on the development, EarlySalary co-founder and CEO Akshay Mehrotra said, “We will use the funding to accelerate our growth. By end of the year, we are aiming at 100K loan disbursements per month (from about 14,000 loans a month now).”

In addition to offering new products and tenure options to customers, the fresh capital will also be used to bolster the company’s technology stack as well as expedite the integration of machine learning capabilities for faster and more efficient risk management.

Mehrotra added, “We have been able to offer access to short-term loans to young working professionals, who don’t have a credit bureau rating. We use social algorithm and artificial machine intelligence for risk assessment. Deploying machine learning has helped us in faster loans approvals.”

The company aims to become profitable by the end of 2018. As per the terms of the deal, Dhyanesh Shah, Principal at Eight Roads Ventures, will be joining the EarlySalary board.

Shah stated, “The company has cleverly leveraged data and technology to provide instant affordable loans to an otherwise excluded customer segment. We look forward to working closely with Akshay, Ashish and the management team at Early Salary.”

EarlySalary: Journey From 2015 To Present

Founded in 2015 by Akshay Mehrotra and Ashish Goyal, EarlySalary is a mobile-first lending platform. It provides salary advances and instant cash loans and provides a smart risk scoring system. These loans are similar to salary/cash advances or credit card cash withdrawal.

The fintech startup provides salary advance up to 50% of monthly salary to its users. The company claims that 70% loans are given in under 10 minutes. Apart from this, salary advance/cash loans are transferred to bank instantly.

The ticket size of loans ranges between $126.1-$3,154 (INR 8,000 to INR 2 Lakh), while the repayment period is anywhere from 7 days up to one month. To bolster its offerings, the fintech company has partnered with corporates as well as SMEs across the country to give salary advances to employees.

The credit scoring is done coupled with social profiling which gives a better risk assessment and helps go beyond financial underwriting and IndiaStack. Over the last couple of years, the company has developed its ‘Underwriting System’ which is a self-learning, algorithm-based decision making system. The system reviews social media in real-time as well as Credit Bureau data of customers and helps approve the loan.

EarlySalary co-founder and CEO Akshay Mehrotra went on to state, “The key to our success will be helping more and more people without any human interface. Right now, we are about 70% automated and we want to take this to 90-95%.”

The startup currently has operations in eight cities including Mumbai, Pune, Chennai, Bengaluru, Hyderabad, New Delhi, Jaipur and Ahmedabad. As stated by Mehrotra, EarlySalary is also gaining traction in tier II and tier III cities across the country such as Mysuru.

Forecasted to cross $2.4 Bn by 2020, as per report by KPMG India and NASSCOM, the India is currently home to more than 500 fintech startups, whose collective aim is to attain financial inclusion. Since early 2015, the fintech sector has undergone massive changes, chief among them being the move towards a cashless economy.

In the alternative lending market, EarlySalary competes against Lendingkart, FlexiLoans, KredX, Capital Float, Rupeelend, Myloanbuddy and MoneyinMinutes, among others. Having raised $15.7 Mn funding from Eight Roads Ventures India and existing investors, the fintech startup is looking to further improve its tech stack and expand its product portfolio in its efforts to outbid the competition.