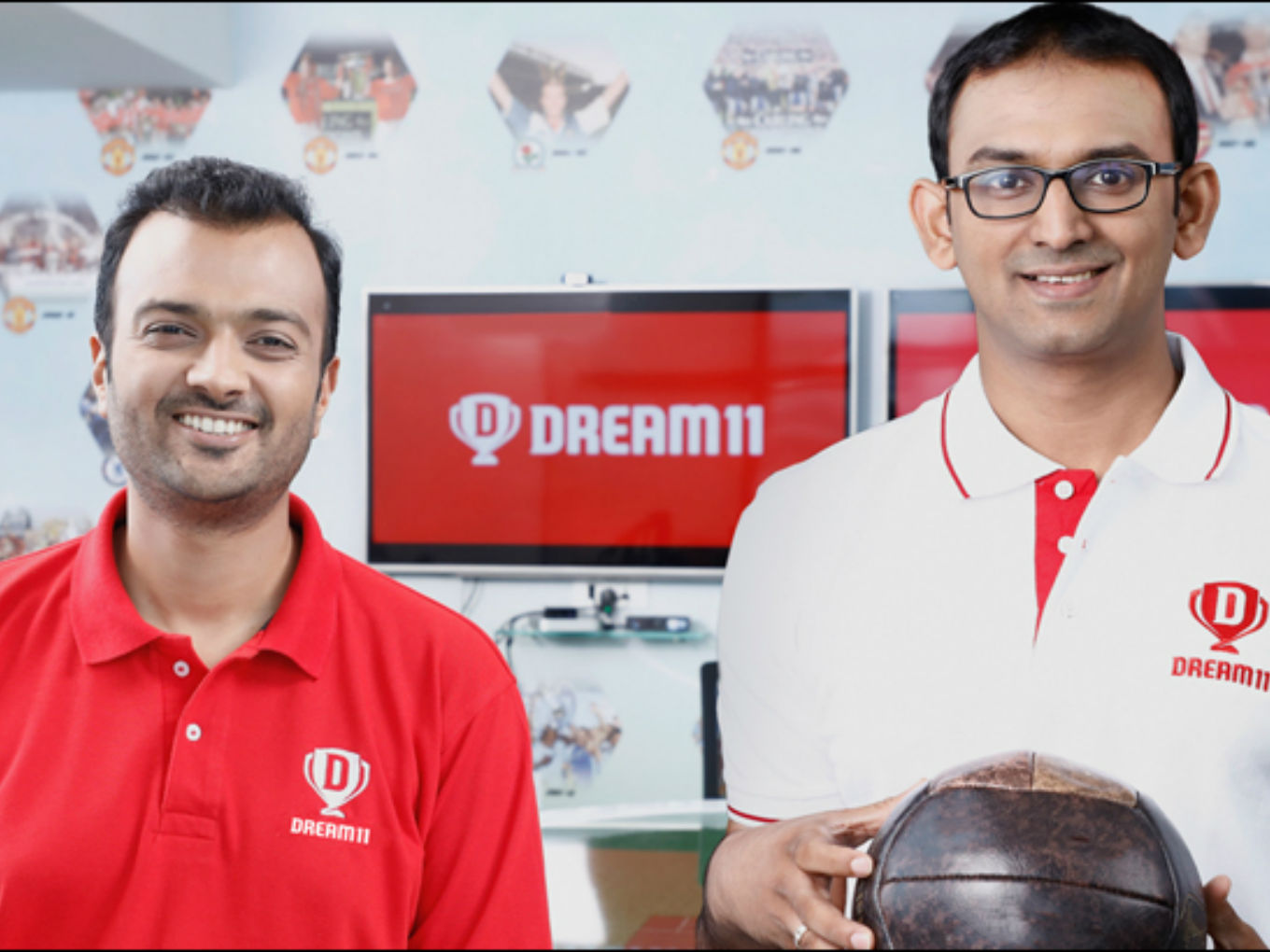 Kalaari Capital, Think Investments and Multiples Equity have sold their stakes in the company

Mumbai-based fantasy gaming startup Dream11 has joined the Indian unicorn club with an investment from Steadview Capital. According to the company statement, the deal involves a secondary sale of shares by Kalaari Capital, Think Investments and Multiples Equity.

Founded in 2008 by Harsh Jain and Bhavit Sheth, Dream11 offers its users fantasy gaming in categories such as cricket, football, kabaddi, and National Basketball Association (NBA). It claims to have 50 Mn users and enables them to showcase their sports knowledge through fantasy gaming. Dream11 users pay an entry fee to participate in paid contests and the company makes its money by charging a platform fee from the total pool collected.

The company claims to have grown at a CAGR of 230% in the last three years, but took three years to hit its first million gamers mark but after that crossed 3 Mn users  in less than two months in 2016. No wonder, its cofounder and COO, Bhavit Sheth, is fond of saying that “It takes 10 years to build an overnight success.”

The company closed a mammoth $100 Mn round of funding in September last year and was close to becoming India’s first gaming unicorn, according to Inc42 DataLabs.

Harsh Jain, CEO and cofounder, Dream11 said, “We are excited to welcome Steadview Capital onboard. Our exponential growth over the past few years would not have been possible without the support and trust of our investors and Dreamsters (employees). We will keep working hard and are targeting to end the year with 100 Mn users.”

The development comes at a time when Dream11 is encashing on the IPL season in the country. Sheth had recently told Inc42 that the company had one million concurrent users in the last IPL and this year they are expecting to handle 2 Mn-3 Mn users.

Dream11 was named among the Top 10 biggest and most popular trends of 2018 in India, according to a report by Google, which saw gaming app PUBG Mobile take the No. 1 spot.

Ravi Mehta, managing director, Steadview Capital, said, “We at Steadview believe that Dream11 is poised to become the leading sports company in India catering to everything a sports fan needs. We think very highly of the visionary founders and are excited to partner with the team in this journey. The company’s phenomenal growth track-record, dominant leadership in daily fantasy gaming and strong engagement metrics is a testament to the consumer love for the platform.”

The online gaming market in India which stood at $290 Mn in 2017, is expected to grow to $1 Bn by 2021. The sector has undergone a tremendous revolution in the last few years.

India’s ‘games of skill’ market constitutes yet another digital sector that has been enabled and accelerated by the rapid adoption of the internet. The internet revolution brought in by Reliance Jio, the rise of internet and smartphone penetration even in rural areas, as well as the growth of online gaming players like Nazara Technologies, Dream11, 99Games, Octro, and Games2Win; have proven to be the key driving factors for the ongoing revolution within this segment.

A report by Flurry Analytics said that India currently ranks among the top five countries in the world for online and mobile gaming.

According to Deloitte, Fantasy Sports in India has grown by 199.69%, generating a total revenue of about INR 67 Cr in 2016-17. This growth can be attributed to annual T20 cricket summer when the Indian Premier League (IPL) dominates all sports in India. Dream11 was the associate sponsor of IPL 2018 and continues to be the same for IPL 2019.