While WhatsApp bots can disrupt consumer lending too, startups have to spend higher to acquire such borrowers 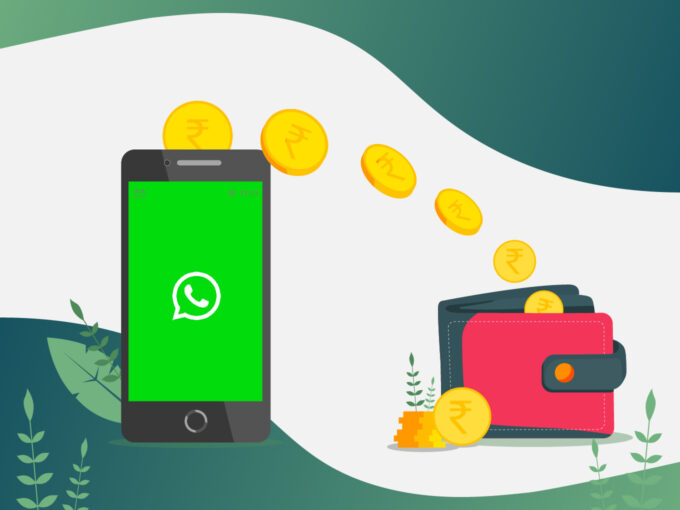 As lending startups pivot their credit models and adapt to the shifts in the lending space, digital lenders are looking at smaller ticket sizes with sachet loans to existing borrowers who have high creditworthiness. At the same time, such startups are also incorporating innovative ways such as WhatsApp bots and easy support to connect with borrowers.

According to Paytm founder and CEO Vijay Shekhar Sharma, digital lending is one of the biggest opportunities which comes out of these times. “Companies that swing around to the opportunity of distributing unsecured loans and collecting them well, and underwriting them well will become the champions of tomorrow.”

But while loan disbursals have been great in the past year, the current Covid-19 crisis has made recoveries tougher. According to a report by Boston Consulting Group (BCG), the digital lending market in India can grow up to $1 Tn by 2023.

For example, Bengaluru-based Instamojo is now providing sachet loans by tapping its user base on WhatsApp. Currently, launched in the pilot phase, the new loan disbursing method has already got around 140 customers, cofounder Akash Gehani told Inc42.

Since the launch in late March 2020, more than 290 loans have been sanctioned to third-party lenders by the digital payments player. Gehani said that these short-term loans help borrowers, who are already Instamojo customers meet their financial needs for a few days — it’s largely considered a top-up on the loans already taken by the MSMEs from the company.

Bots Do The Talking

Instamojo had launched the sachet loan product MojoCapital in September 2018, and most recently the average ticket size of sachet loans through WhatsApp stands at INR 6,355 and so far loans worth INR 19 Lakh have been disbursed by Instamojo. The fintech startup offers these loans for a period of three to seven days to its MSME customer base.

Moreover, Instamojo isn’t charging any interest fee as the loans are for a very short time. Gehani said that the company is only charging a small transaction fee which is around 0.25% to 1% of the total loan amount. He also added that the recovery rate for such loans has been good as the company is offering loans to only existing borrowers who already have good credit scores. This reduces risk to a large extent and retargets the existing base — both of which are cheaper options in these times.

In India, WhatsApp has more than 400 Mn users and MoneyTap’s cofounder and CEO Bala Parthasarathy believes that every individual on the messaging platform is a potential borrower, in different tiers. MoneyTap also claims to be reaching borrowers through WhatsApp. “WhatsApp naturally lends itself to a chat-based UX paradigm, something Indians are intimately familiar with,” the MoneyTap CEO said.

Instamojo’s Gehani said that the idea behind rolling out this was to see if Instamojo can use a different channel for reaching out to merchants and customers to increase the disbursement of loans. However, Instamojo seems to be positive of this unique approach and the company is looking to offer such small packet loans to more users through WhatsApp.

For the quick disbursal of the loans, Instamojo is using a WhatsApp bot. Using the bot, Instamojo reaches out to its existing clients and informs them that they are eligible for sachets loan. Borrowers can apply for the approved credit limit and can opt for a repayment plan as per their convenience. “Once a borrower completes the process on WhatsApp, the loan gets automatically transferred to their bank account,” Gehani said.

Are Sachet Loans The Next Big SME Lending Bet?

As of now, most lending companies offer sachet loans under various names to individuals, MSMEs or corporate borrowers. Given the need for short-term money even among the consumer base, experts suggest that sachet loans can play a key role in the growth of the lending segment in India.

However, the disbursal of sachet loans to new customers has certain roadblocks too. Incred’s chief technical officer Rahul Bhargava said that most of the lenders provide sachet loans to existing customers that already have a transaction history with the company.

A lender needs to have trust in the borrower. “In the case of existing borrowers, lenders have insight into borrowers ability and intent to pay. But in the case of new borrowers, costs must be incurred to source the customer and also assess this risk,” Bhargava added.

Since most lending companies use a third-party credit scoring service, which is an additional cost, tapping existing users for upselling is less strenuous on the balance sheet. Also, physical collections processes are unviable for small amounts. Bhargava said that all these issues make sachet loans a bit unattractive for lenders in the B2C space, where new business is a bigger priority.

Moreover, Google Play Store, in 2019, had also tweaked its policy to take down applications, which require a full repayment in 60 days or less from the date the loan was disbursed, from the platform. This means that any app which is promoting sachet loans can not make it to Google Play Store anymore. So acquiring customers is not straight forward.

However, the solution to this problem is to make a repository of all the financial details of all the Indians at one place. Something which the Reserve Bank of India’s ‘Account Aggregator’ is already aiming to achieve. Gehani also noted that Instamojo conducts risk profiling of its MSME borrowers before reaching out to them for sachet loans.

KISSHT product head Manmeet Singh told Inc42 that sachet loans as a concept can grow the lending business in India but he noted that the risk profiling of such customers is going to be a challenge.

Lending Through WhatsApp: Over 400 Mn Users To Tap

In India, Whatsapp is not just a chat app; it’s pretty much like a closed-network social media for most users in Tier 2 and Tier 3 towns.

WhatsApp use for business is only growing since the support was added in 2018. However, the restrictions set by WhatsApp don’t allow lenders to fully tap the potential of the messaging platform. For example, WhatsApp doesn’t allow businesses to use promotional messages to reach customers, and there are strict norms around what user data can and cannot be collected, and how businesses can use it. These are meant to protect users from rampant exploitation of data from WhatsApp, but it does make things a little difficult for lenders.

Finology CEO Pranjal Kamra said that with more than 400 Mn users in India, if consumers could borrow money conveniently by chatting with the lender’s WhatsApp bot, it would definitely be a gamechanger.

Indeed, the use of WhatsApp to communicate with customers has grown. But most companies use it for after-sales service or for KYC. However, things might change quickly in the future as we move towards digitisation of financial services and WhatsApp can be an integral part of the future with its own payments service too.

Kamra said that the instant notifications and responses that millennial and Generation Z customers seek are only possible through an always-on messenger like WhatsApp. How this will impact loan origination and selling remains to be seen.