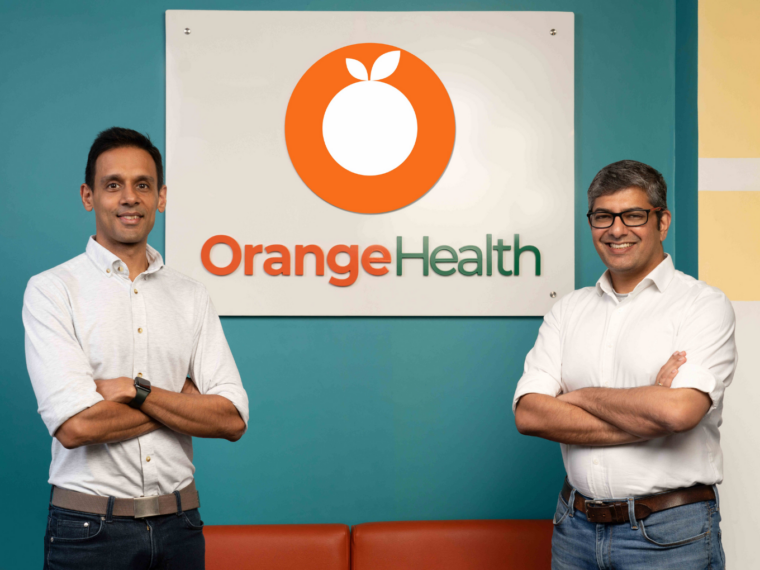 Orange Health plans to use the funds for product development, building laboratories, enhancing user experience and strengthening its teams

Bengaluru-based healthtech startup Orange Health has raised $25 Mn in a Series B funding round led by Bertelsmann India Investments and General Catalyst. The round also saw participation from Y Combinator, Good Capital, Accel and Uncorrelated Ventures.

The startup plans to use the fresh funds for product development, building laboratories and enhancing user experience. Besides, it also aims to expand into newer markets and strengthen its teams.

Founded in 2020 by Dhruv Gupta and Tarun Bhambra, Orange Health is an on-demand diagnostics service provider. It competes with the likes of Practo, Redcliffe Labs and PharmEasy in India. In September last year, the startup raised $10 Mn in a Series A funding round led by Accel.

Orange Health claims to have so far provided diagnostic testing services to over 1 Mn customers across Bengaluru and the National Capital Region. It also claims to deliver reports from labs in just six hours from the moment a sample is taken at home or in clinics.

“As a tech-enabled diagnostics company built around the customers, our focus has always been on speed and reliability…With the new round of investments, we are excited to broaden our horizons,” said Gupta and Bhambra.

The healthtech ecosystem is going from strength to strength in India. After India saw its 100th startup entering the coveted unicorn club last month, Aarin Capital Partner TV Mohandas Pai told Inc42 that the next wave of unicorns would be led by sectors such as healthtech, deeptech and crypto.

On a similar note, President Ram Nath Kovind said at an event that unicorns and startups foraying into sectors such as health and education could be a game-changer for India in terms of job creation and revenue generation.

In May, Delhi NCR-based healthtech startup Redcliffe raised $61 Mn in a Series B funding round, led by LeapFrog Investments. It also saw participation from HealthQuad, Schroders, LC Nueva and Growth Spark Ventures, among others.

Venture Capital (VC) firm Eight Roads Venture India announced the launch of its first dedicated healthtech and life sciences fund worth $250 Mn last month. The VC firm said that the new fund would be used to make minority investments in 15 to 20 healthtech, life sciences, consumer health and digital health startups, which are at their early and growth stage.