With 52% Equity Stake, Dhiraj Rajaram Is Now A Majority Shareholder In Mu Sigma

With 52% Equity Stake, Dhiraj Rajaram Is Now A Majority Shareholder In Mu Sigma 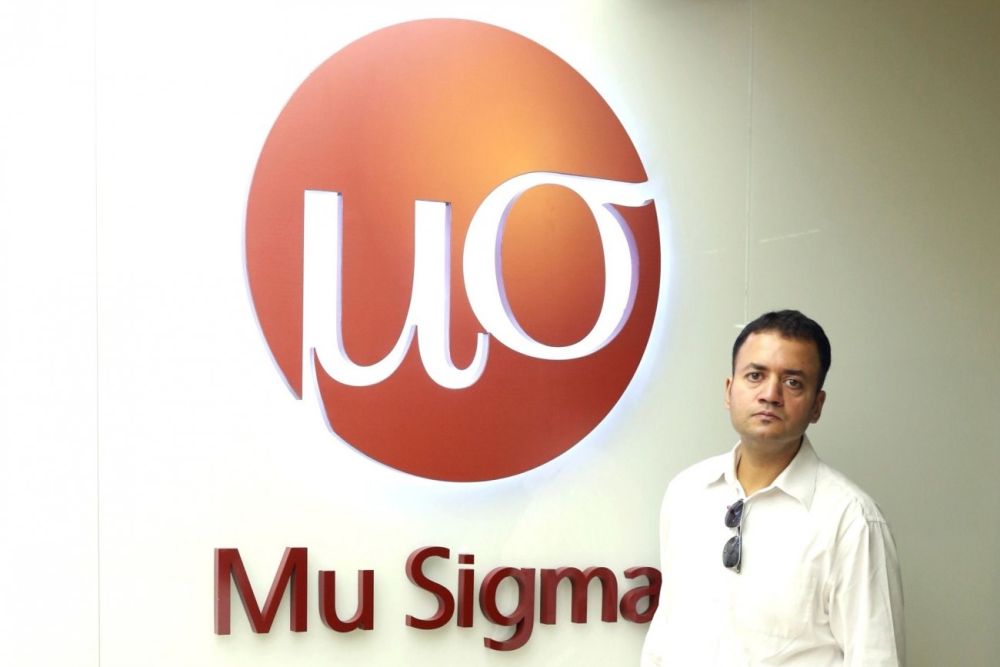 As per reports, the buyback was completed around two weeks ago.

Furthermore, for the transaction, Rajaram acquired a $400 Mn credit line against his shares from four international banks. These banks include London-headquartered Barclays, Deutsche Bank, Standard Chartered and Credit Suisse. He also used a portion of the company cash.

In an interaction with ET, Dhiraj Rajaram stated, “We have taken approximately $400 Mn loan, which was taken by the company based on cash that we have already generated… it’s not a personal loan. I now own 52% of the company. The institutional investors own the same percentage of the company as before. Ambiga does not own any equity in the company.”

This development marks the conclusion of nearly a year of speculation about the company’suncertain fate following Rajaram’s divorce from wife Ambiga. The buyout took place at an estimated valuation of $1.5 Bn.

Founded in Bengaluru in 2004, Mu Sigma is a data science and analytics firm with clients like Microsoft Corp, Wal-Mart Stores Inc, Dell Inc and Pfizer Inc. It currently has around 4,000 employees. It acquired the coveted unicorn status back in 2013, two years after India’s first unicorn startup InMobi entered the highly-exclusive club.

While the other Indian unicorns in the consumer Internet space are struggling to keep their losses under check, Mu Sigma recently emerged as the only one to report considerable profits for three years in a row. So far, the 13-year-old company has raised four rounds of funding, with the earliest one being a $30 Mn investment from FTV Capital. In 2011, it secured $108 Mn in a round led by growth equity investor General Atlantic, Fidelity Investments, and Sequoia Capital. In 2013, Mu Sigma raised $45 Mn money from MasterCard in a deal that valued it at over $1 Bn (INR 5,400 Cr).

At present, Sequoia, MasterCard, General Atlantic, and Fidelity Investments hold around 48% of the company. Up until now, Rajaram and Subramanian owned 24% each. Subramanian was appointed as the CEO in February 2016 and continued until September 30, when she was replaced by Rajaram.

Subramanian told Inc42 last year, “Due to personal circumstances, it is time for me to move on from the management team of the company and do something different.  All the rumours about me starting a competitive firm are untrue. While there is a lot of interest in the market to invest into a promising and profitable company like Mu Sigma, I have agreed to support Dhiraj’s interest to purchase my shares and get a controlling stake that will allow him to fulfil his vision.”

In September last year reports about Subramanian’splans to launch her own venture surfaced, though nothing seems to have come of it yet.

As the majority shareholder, whether Dhiraj Rajaram will be able to lead Mu Sigma to greater heights is something that remains to be seen.