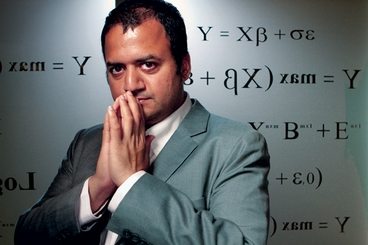 Mu Sigma founder Dhiraj Rajaram is reportedly planning to acquire control of the firm by buying out the 48% owned by his former wife Ambiga Subramanian and private equity firm General Atlantic, as per a Mint report.

According to the report, Dhiraj may be backed by sovereign funds, which could be Singapore’s GIC Pvt. Ltd and Malaysia’s Khazanah Nasional Bhd as well as the Singapore government’s investment firm Temasek Holdings Pte Ltd. However, no confirmation regarding the development has been received by Mint from these funds.

The data analytics firm, which was one of India’s earliest unicorns, has been facing uncertainty over future ownership and management on account of the divorce between Dhiraj and Ambiga this May. Ambika, who was appointed as the CEO this February, continues in her position. As CEO, she handles the Bengaluru office, while Dhiraj focusses on client engagement in the US out of the company’s Chicago headquarters.

In March, the firm along with Dhiraj was also embroiled in a lawsuit of  “grossly misleading” its investors, in order to buy back their shares at a lower price. Speculation about the stake sale has been rife for quite some time. Mint had  reported last month as well that Subramanian and General Atlantic plan to sell their combined 48% stake in Mu Sigma and have hired Citigroup Inc. and Credit Suisse Group AG to find a buyer.

The firm which counts Microsoft Corp., Wal-Mart Stores Inc., Dell Inc. and Pfizer Inc. as clients, has around 4,000 employees and competes with firms such as Tata Consultancy Services Ltd, Infosys Ltd and Wipro Ltd among others. Earlier in 2013, Mu Sigma raised money from MasterCard in a deal that valued IT at more than $1 Bn. So far, it has received funding in risk-capital from General Atlantic, Sequoia Capital and Fidelity Investments, etc. In all, Mu Sigma raised about $178 Mn in funding in three rounds since 2011.