Despite HC Order To Take Down App, Dukaan Bags $6 Mn From Matrix, Lightspeed

Despite HC Order To Take Down App, Dukaan Bags $6 Mn From Matrix, Lightspeed

Jupiter’s Jitendra Gupta and CRED’s Kunal Shah, who are investors in Khatabook, have participated in this round

It claims to have over onboarded 2.7 Mn merchants across India since the launch of its platform in July 2020 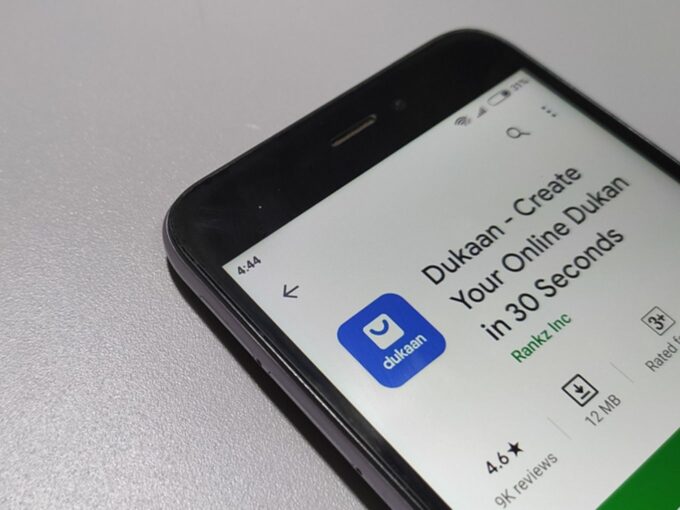 Jupiter’s Jitendra Gupta and CRED’s Kunal Shah, who are investors in rival Khatabook, participated in the round. Notably, even Lightspeed India Partners is an investor in OkCredit, which launched OkShop as a competitor to Dukaan in September 2020.

Dukaan was founded in 2020 by Suumit Shah, Subhash Choudhary, Kaustub Pandey, and Anurag Meena. It is a DIY platform that enables small retailers with zero programming skills to set up an online store within “30 seconds”.

“Each merchant gets a unique store link on which they can showcase their products or services and further share this link with customers over social media channels,” the company said.

The company claims to have over onboarded 2.7 Mn merchants across India since the launch of its platform earlier in July 2020. Further, it claims that Dukaan’s power stores have generated over 600,000 orders in the last three months, generating a total gross merchandise value of over INR 100 Cr.

Now, it plans to expand its services to small and mid-sizes merchants across several categories such as books, consumer goods, grocery, fashion, electronics and professional services. CEO and cofounder of Dukaan, Shah, said, “Our mission is to enable each and every small retailer to launch, compete and grow their business online, without ever worrying about technology.”

However, the funding comes at a time when Dukaan is unable to onboard any more new customers due to court’s rulings.

In August, Dukaan had sent a legal notice to  Khatabook’s parent company Kyte Technologies for plagiarising its entire platform and trademark violation for its app ‘Dukaan by Khatabook’. The logos, description and functionalities of the apps are bordering on being identical.

The case is currently being heard in Karnataka high court, which has restrained Shah from running, operating and managing the ‘Dukaan’ application on any and all online platforms including but not limited to Google Play store till the next date of hearing.

The order was passed on September 25. Subsequently, the app has been removed from the Google Play store as well as its own website, MyDukaan.io.

You can read more about the allegations in our investigative report, ‘Khatabook-Dukaan Brawl Over Plagiarism Gets Messier, But Who’s To Blame?’.